I utterly love the concept of De Tres Al Cuarto, because I feel it viscerally myself. This game was made by a couple of people as a way of recovering from overwork during the 2020 pandemic. While many people suffered from losing work, there were people in other segments of the job market that got very, very busy. I was one, and while it was easy to say that people in that situation shouldn’t complain, the reality is that there are only so many 80-100 hour weeks you can handle before things start to break. That this game was made as a kind of therapy by people in that situation makes it very relatable. 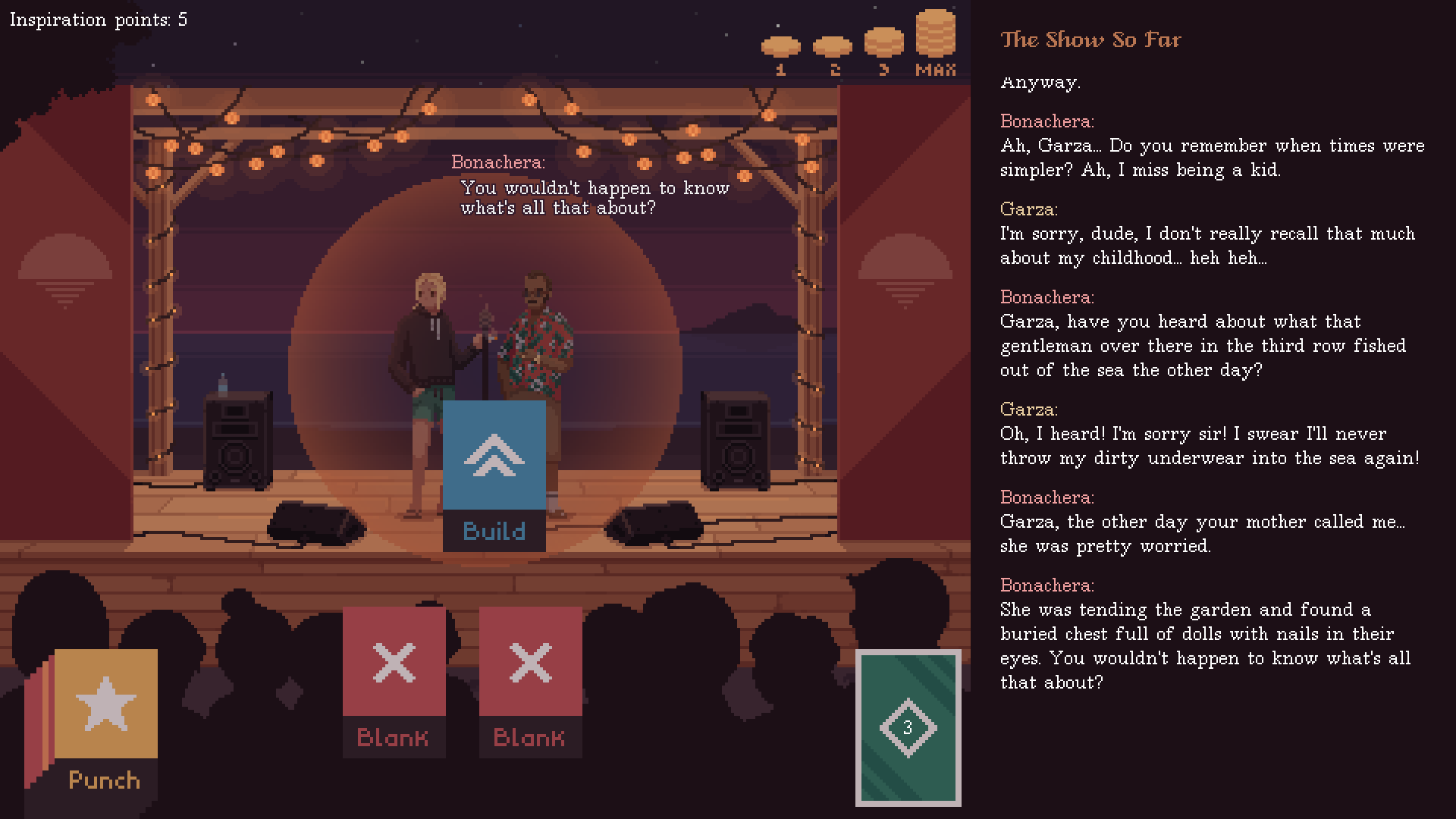 The game itself is a deckbuilding card game about two very poor stand-up comedians that are trying, desperately, to make something of their lives. It’s pretty much impossible to do that perfectly, so the game’s actually a case of making the best of a “bad hand”, and there’s something bitterly human and quite beautiful about that. It’s totally free to download and play this one, so be sure to support the developers by leaving a comment about your own experiences and thoughts about it.

This game certainly has the concept for being a very effective visual novel. Victorian Debutante tells the story of a girl at a time that was a particularly challenging social time for girls. You’re about to make your debut and transition into womanhood, and the decisions that you make now are going to affect the rest of your life. As the description reads “will you follow in mother’s footsteps and become a fabulous bride? Or will you bring about an innovation in the Victorian society?” 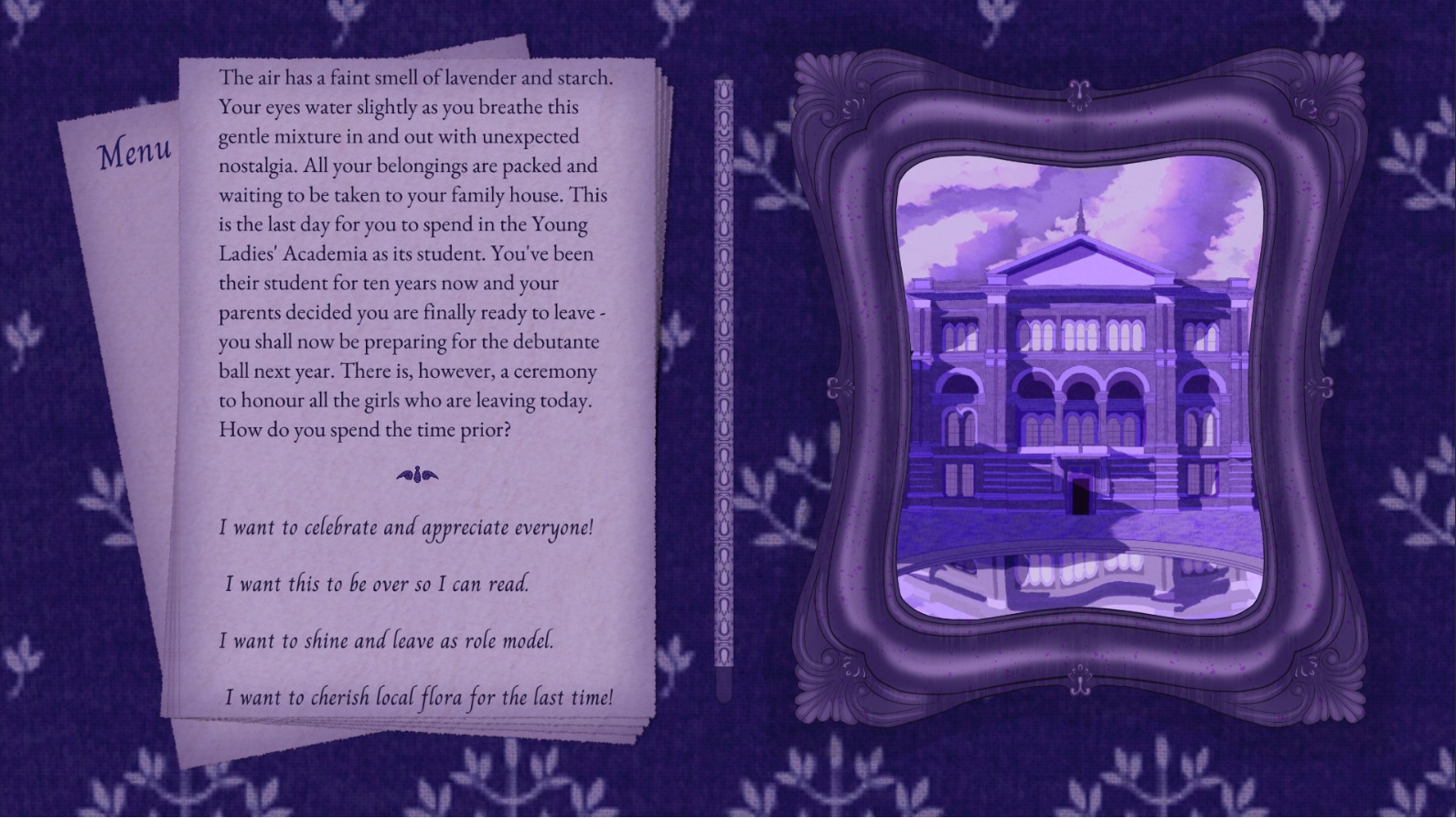 The game features a series of decisions resulting in one of four endings, with the developer having plans on expanding the scope of the game so that it has another four endings for each of those four endings. While the art style is fairly simple and more choose-your-own-adventure than “visual novel” as we generally know them now, the promise of a blend of steam industry, spiritualism and the harsh social conditions of the Victorian era promise something intriguing indeed.

Remember how Tetris was the reason that the Game Boy got off to such a great start for Nintendo? That simple, endlessly replayable puzzle game of matching blocks worked so well with the aesthetics of the humble console, and to this day that particular version of Tetris is powerfully nostalgic for fans, even with the three million iterations of Tetris that have been released since. 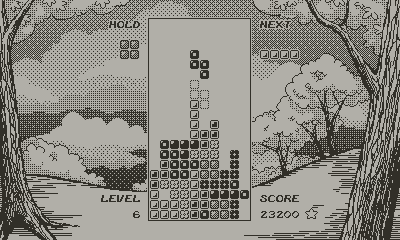 Rain Blocks is Tetris, just minus the license, and the parallels between this game and the Game Boy version of Tetris are hard to overlook. After all, you’ve got a monochrome, black-and-white display, and while the Playdate’s “widescreen” allows for some gorgeous backgrounds that the Game Boy couldn’t render, the “in-play” experience is stunningly, gorgeously nostalgic. With three different play modes and a chill lo-fi soundtrack, this thing promises the most delightful, traditional gameplay that you’ll always appreciate having on your Playdate.

Loplight is a fascinating concept. It looks vaguely like Link’s Awakening on the Game Boy Color (but also of a much higher level of detail), but promises some dynamic dual-stick shooter-like action that looks fast, fluid and exciting. Promising a “high intensity combat” experience with a “short but replayable story”, Loplight looks like exactly the kind of thing I like to see in my itch.io games. It also stars a bunny, which is a good thing.

The game has exactly the sort of concept that you’d expect from a game that looks like this. From the description: “The elements of the world have been unleashed, ancient demons stalk the lands. Collect the pieces of Quintessence, ascend to a divine power, defeat the elder god harvesting the souls of the world.” It also released on Steam this week, and while there are only five reviews there, they’re all incredibly positive, which is a good sign.

That’s right! The original Spark the Electric Jester action-platformer is…