I cast Magic Missile at the darkness!

It has been a very long time since I last played a Winter Wolves title, but the company has been thriving for years now as one of the survivors, veterans, and legends of the indie space. The earliest game that is available on Steam was released way back in 2008 (there might have been titles even before that that haven’t wound up on Steam), and indies simply do not survive 15+ years without something real going for them. Tales of Aravorn: Seasons of the Wolf is a title from 2014 that has been ported to Switch, and, as a decent enough time, it highlights the qualities that has helped Winter Wolves carve out its niche.

Seasons of the Wolf is a blend of romance visual novel and turn-based RPG, set in the same world as Loren the Amazon Princess (a game I reviewed way back in 2012!). The setting is very standard pulp fantasy stuff, and that’s not necessarily a bad thing. The protagonists are twin brother and sister elves that live in isolation in the frigid northlands. One day they find a wolf cub, events happen, and they end up on a year-long journey through all kinds of tropey fantasy settings. Along their adventure, they recruit a whole bunch of tropey heroes to their cause.

You’ll fight corrupt politicians, invade the bases of crime lords, tackle pirates in the open seas, settle scores with slavers, and deal with the racism and bigotry that is thrown the twins’ way as elves. Their party of allies grows to eventually include a mercenary, barbarian, illusionist, assassin, bard and warlock. As they go on adventures together these characters can become romantic partners, and when they’re not questing together, lengthy visual novel sequences do help flesh all of these characters out. 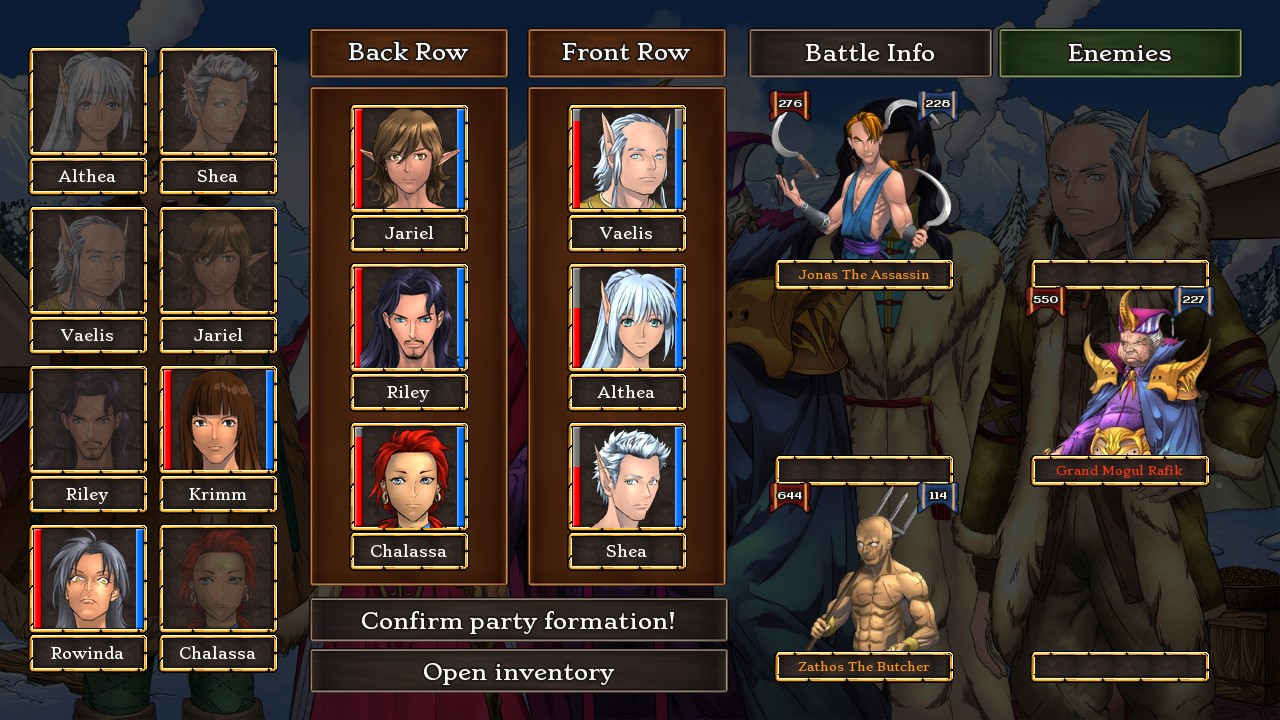 Again, none of this is inherently bad. Tropes are tropes for a reason – people like them and they have evergreen value to storytellers. Seasons of the Wolf has writing that dips into YA fiction delivery at times (i.e. childish, irritating, and just plain stupid), but for the most part, the delivery is on the enjoyable side of cliché. So much of the thrust of the story relies on interactions between characters, with various people nattering back and forth before eventually deciding to do something. This works to the strength of the writers, as there’s a good mix of personalities that eventually find their way into the party, and also plays into the romance side of things, as you’ll have a better ide of who you want to woo thanks to the interactions.

Seasons of the Wolf wears its micro-budget on its sleeve, and doesn’t try and hide behind the fact that it’s an indie game with a lot of complexity that was developed for a tiny budget. For example, there is a map that you move your party around, and it highlights a world that is quite large. However, the map is, literally, a map: a static 2D image with arrows pointing to key points of interest. Combat, meanwhile, is simply a series of profile images arrayed on a “table,” and to fight an opponent, you simply select an action to take and the damage that attack does pops up on the enemy’s picture with minimal animation and fanfare.  Finally, in the visual novel sequences, the backgrounds are basic and the sprites have minimal facial expressions and animations (though the range of costumes is great).

None of this is a problem, either. The combat might be presented simply, but it has all the technical depth that you’d expect, with a good range of enemies, plenty of special abilities for your characters, and a decent level of challenge. Indeed, the portrait approach leaves a nice impression of having miniatures set up on a board during a tabletop RPG session. Likewise, the map is a nice and efficient way of giving players a sense that the narrative has epic scope, without the developers needing to create massive open worlds, and the art might be simple, but it’s also nice. 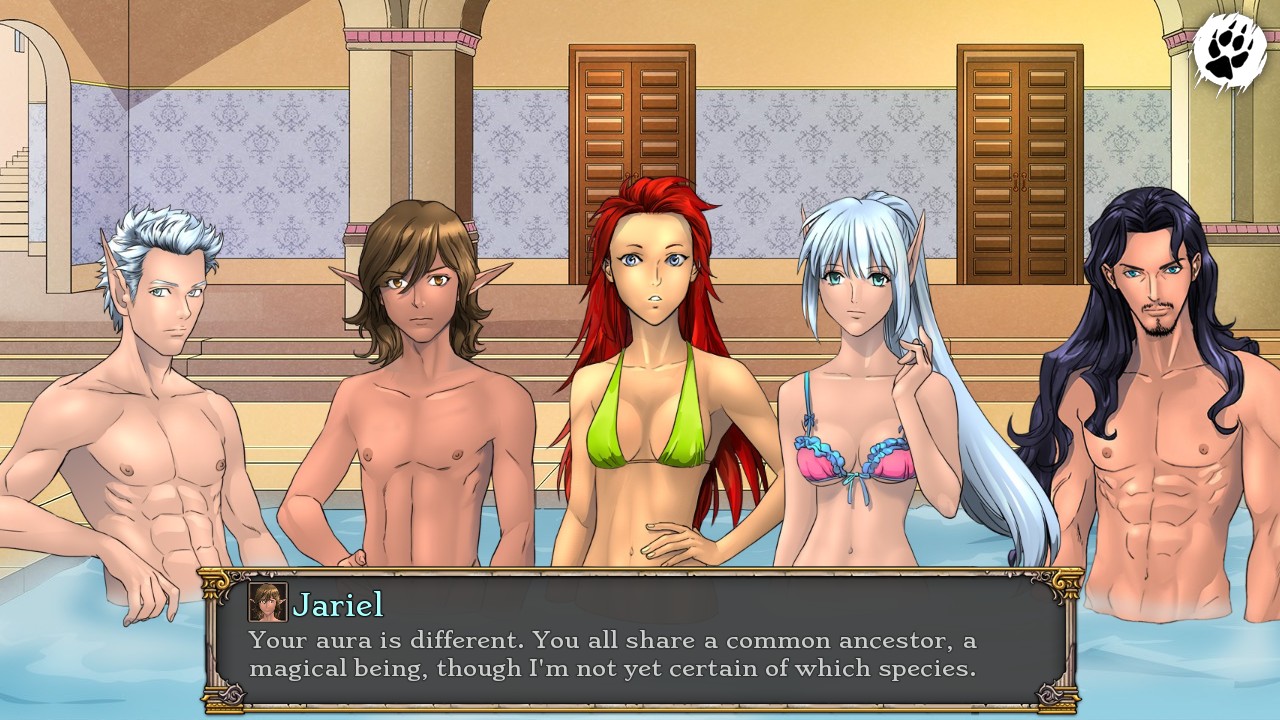 About the only real issue is that this game was clearly not built for the Switch, and the interface is a little too clunky for its own good on console. To bring up the key menu, for example, you need to highlight an icon on the screen and then press a button, and it can be difficult to remember what colour and state the icon is in when it is highlighted versus when it is not. For some reason, what is a simple mouse button press on PC needed to be turned into a two-step process for Switch. Similarly, navigating around battles and menus can be slow and clunky because the team working on the port seem to have taken the easiest path possible, and was apparently content with it being functional, rather than elegant.

While you get classical fantasy with Tales of Aravorn: Seasons of the Wolf, you don’t get Tolkien. The best way to think about this game is that it’s a well-written Dungeons & Dragons home adventure, make for a group of players that enjoy interacting with one another as a major component of the roleplaying, and don’t mind their characters getting hot with one another. That is enjoyable, and the way that the game turned its budgetary limitations into a unique aesthetic and mechanical structure is inspired. Seasons of the Wolf might not be a masterpiece, but Winter Wolves have been entertaining people with exactly this kind of thing for 15 years, and if the team’s work weren’t good enough, this company wouldn’t have lasted anywhere near that long.