DigitallyDownloaded.net wouldn’t be the website it is without its mascots. Dee Dee, Nettie, Lorin and Amelia don’t just appear in our visual novels (don’t forget to check out the free demo for the upcoming A Week on the Water if you haven’t yet!). They also appear across the website, representing everything from our news segments, to podcasts, to the Dee Dee Zine, and our awards.

If you’re a fan of the girls (and we might be biased here, but we reckon they’re all gorgeous!) then we’ve set up a massive online merchandise store. It’s via RedBubble, which we selected for the uncompromisingly high quality of the products that they produce, as well as their ability to ship just about anywhere in the world, quickly.

You can be sure that with RedBubble you’re not just getting great art on stuff, but the stuff itself is truly premium, lasting quality.

There are now 25 designs on our RedBubble store, and hundreds of products, ranging from notebooks to clocks, pillows to stickers, posters to clothing. We thought we’d start a weekly feature looking at some of those products, highlighting new designs in the store, and showcasing the most popular goods.

First up, here are just some of the examples of coffee cups that are available on the store… what better way to read DDNet than with your favourite brew in one of these! 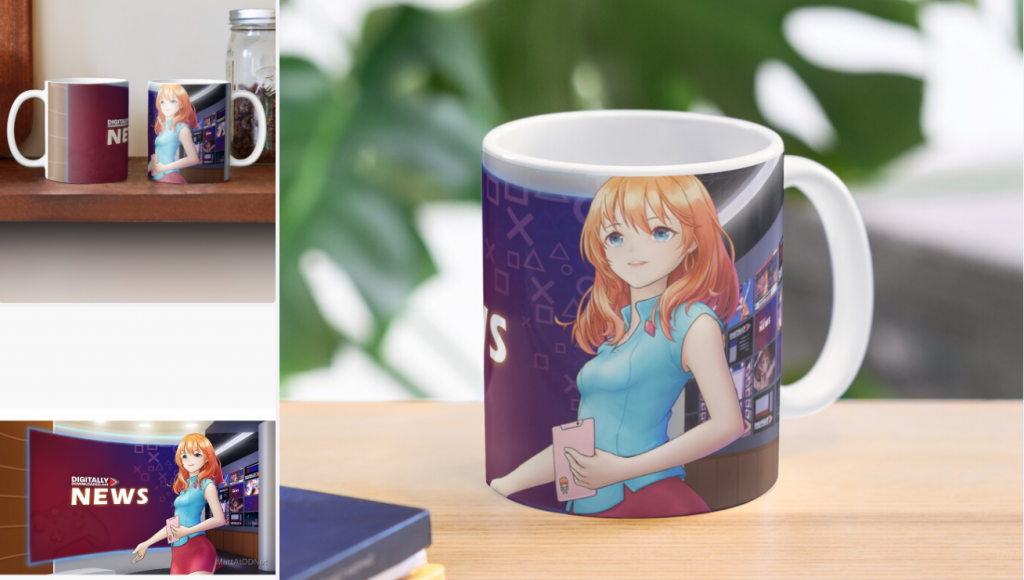 One of Dee Dee’s many jobs here at DDNet is to read out the news for you each week in those news wraps – a job that she absolutely loves, of course! And this is perhaps the most ideal coffee mug of all. After all, we run two coffee catch-ups every week, with the express purpose of giving you all the key bits of news you need as you sip your coffee. Coffee that could be in this very mug! 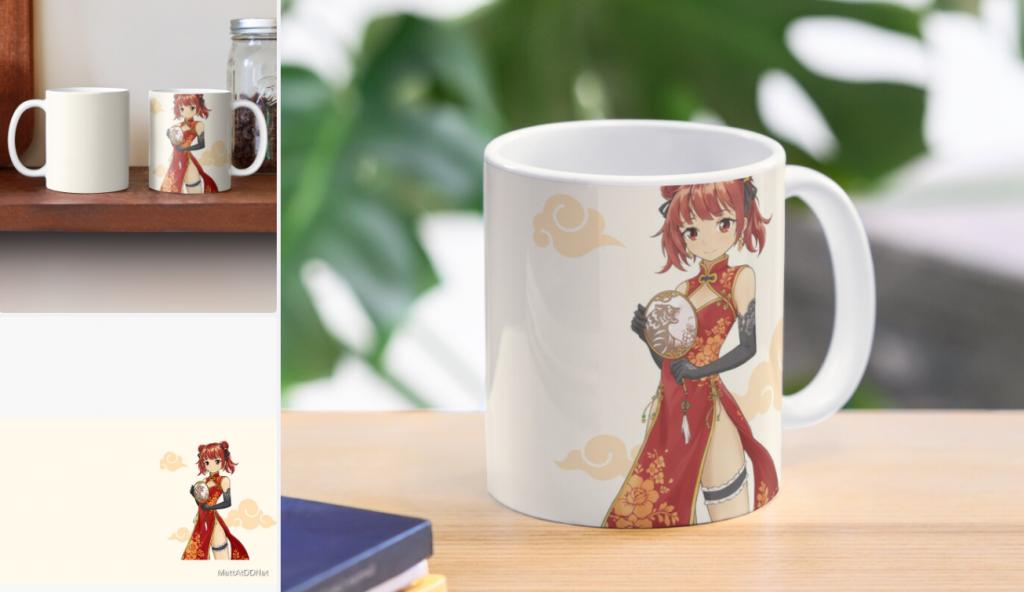 We have now run multiple polls asking people who their favourite character among the four mascots is. Amelia is the one that keeps topping it. Every time. We’re not surprised that she’s popular, of course. Amelia is adorable. It’s just amazing that she’s so consistently the most popular (and often by some margin) when the other girls are great too! Anyhow. Here’s Amelia looking all formal in a cheongsam that we did to celebrate Lunar New Year. The garter’s a nice touch, don’t you think? 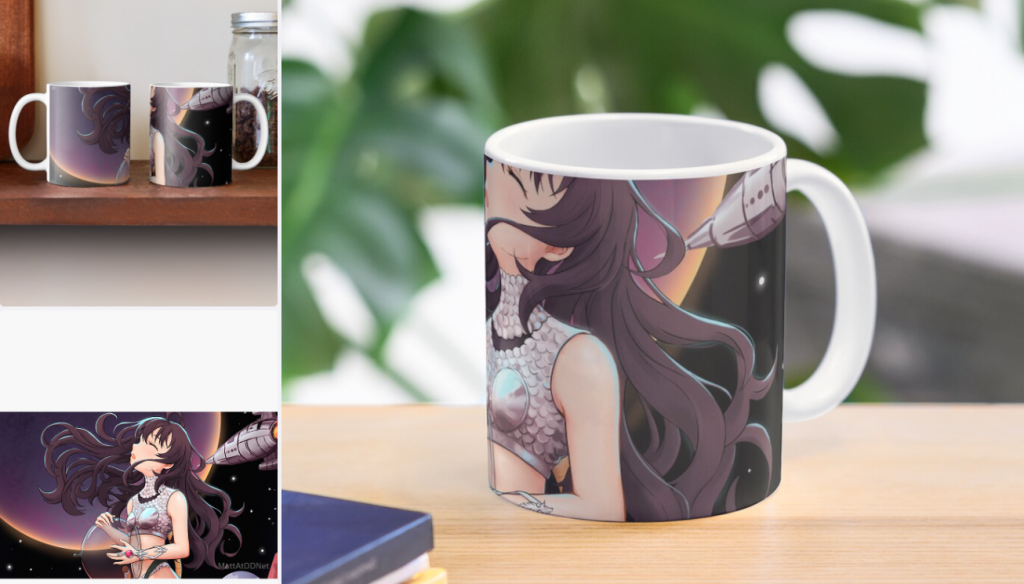 So, here’s the thing; if you’re into classic sci-fi, then you almost certainly know Barbarella. It was a film from the 60s that was, in every way, a film from the era of the sexual revolution. Its kitsch quality has only elevated its stature in the years since, and while it might not be a film for the Marvel audience, for film fans, it’s a memorable and loved piece of cinema. Anyone that has played the DDNet visual novels or read the story of Nettie in the Dee Dee Zine knows that Nettie is the perfect character for a homage to this great film.

Dee Dee Of The Wild 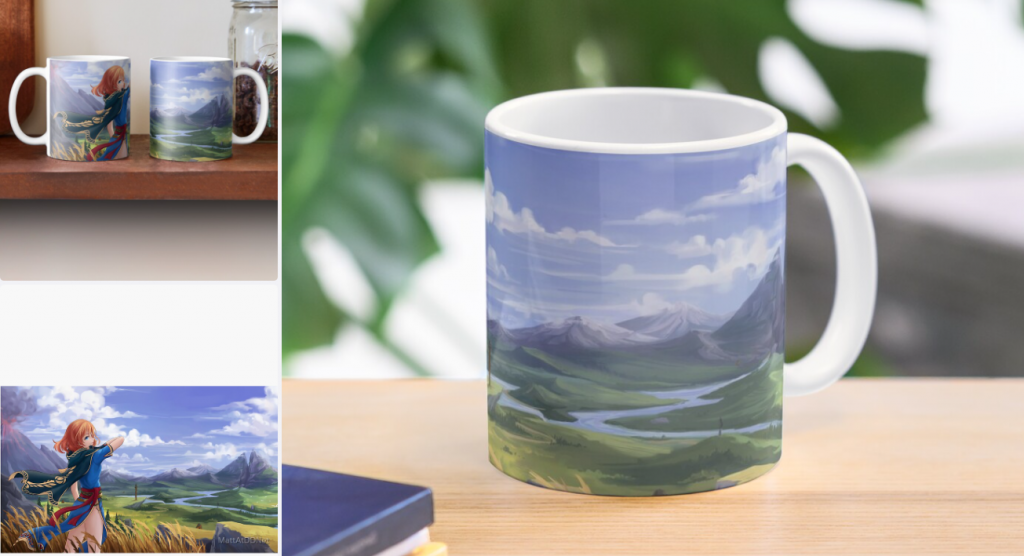 Of course, we’re as inspired by video games as we are films at DDNet, and The Legend of Zelda: Breath of the Wild is a highly inspiring game. It’s well known for its breathtaking vistas, so that’s exactly what we’ve done with this homage art… just with Dee Dee being the hero, rather than link. Also, if Dee Dee’s costume here looks a little familiar but un-Zelda like to you, it’s because we couldn’t resist doing this: That costume’s a homage to Lyn from Fire Emblem. We love Lyn and it’s no exaggeration that she’s one of the underlying reasons we wanted to develop our own mascots. So this art is a mesh in homage to two of Nintendo’s greatest games ever. 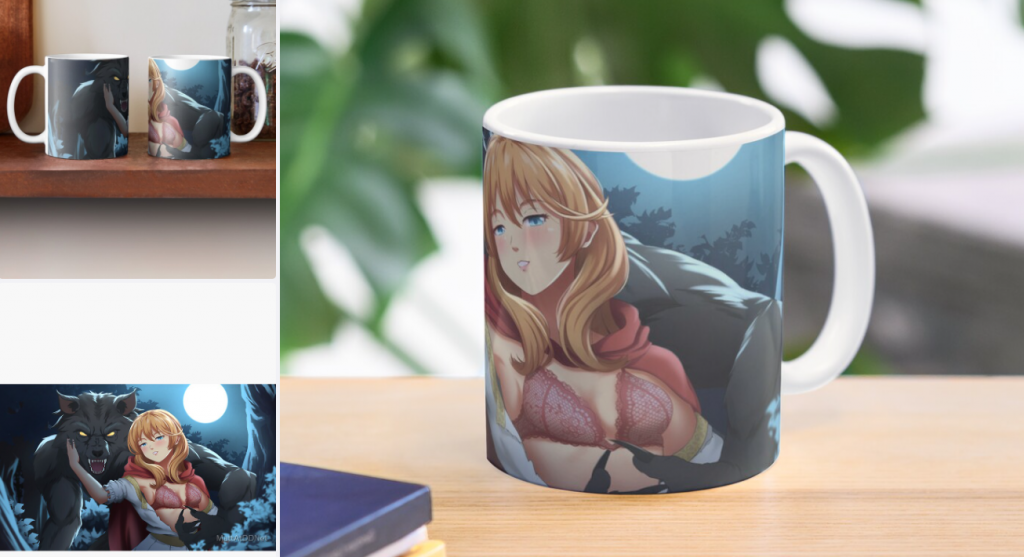 Hey there, Little Red Riding Hood
You sure are lookin’ good
You’re everything a big, bad wolf could want

– Sam The Sham & The Pharaohs

It’s such a good song, and Red Riding Hood is one of my all-time favourite fairy tales. The origins of the story (way back, before even the Grimm Brothers), often referred to the wolf as a werewolf instead. That has come back into vogue in more modern times, especially with the vampiric-like monstrous sexuality that characterises werewolf myths, in comparison to what a standard wolf story would allow. So that’s what this art design is tapping into.

These are just five possible mugs you could buy from our store! Most of the 25 artworks on there have a mug option, so please do browse the complete store. DDNet earns a small margin on every sale, so not only do you get some great products for your home and office (though perhaps the less safe for work ones might not be office-appropriate), but you also directly support everything that we do at DDNet, and help to keep this website running, as we don’t run ads to maximise the reading experience.