For a developer that has only produced one game so far, Cherrymochi has got to be one of my favourite indie developers. Part of the appeal is their unique position: They are a studio that works within the Japanese games industry, but is formed from an outsider looking in. Jon Imazato, the studio lead, comes from the UK, but has spent over a decade living in Tokyo and learning its rhythms. The result, Tokyo Dark, was a game that Japanese artists wouldn’t have made… but also couldn’t be made from a casual observation based on a holiday within the city. Tokyo Dark is a game that comes from an outsider – but expert – look at the great city and its pulses.
Although the planned sequel to Tokyo Dark was canned, the game itself was magnificent, winning awards at DDNet along the way. Now Cherrymochi is deep at work in their next game, EXIT VEIL, and though you probably haven’t heard much about this one yet… you’re going to. It looks excellent.
We’ve been fortunate to sit down with Imazato to chat about his new project, and Cherrymochi as a whole. This is half of the total interview, with the rest to be published in the February edition of the Dee Dee Zine – it’s very much worth subscribing to (via Patreon) for these thoughts alone! 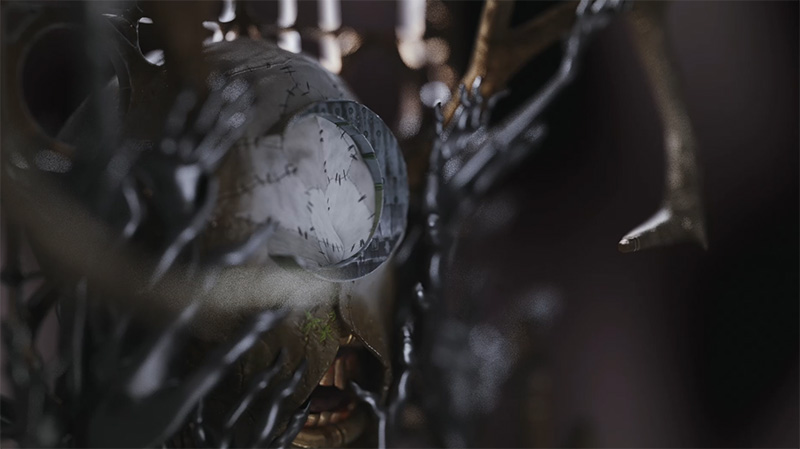 Matt S: Can you start by telling me more about Exit Veil? Where did the idea come from, and are there any similarities in terms of theme or design between it and your previous project, Tokyo Dark?
Jon I: EXIT VEIL is a dark-psychedelic JRPG with healer class-focused gameplay. Instead of weapons and abilities you gather raw emotions to craft a deck of Tarot cards. Use your deck to confront mythological beings in a surreal and broken magical world.

Part Alice’s Adventures in Wonderland, and part Pan’s Labyrinth, you play as Tori, a lost girl struggling to heal herself and the world around her as it all falls apart. EXIT VEIL is also a Tarot Deck, a unique deck that forms the core of the gameplay. Inside the game players will learn how to interact with the deck and outside the game they can experience the 78 card real physical deck as a beautiful piece of physical art, or a tool for their own journey.

Mechanically EXIT VEIL is a 3D narrative-focused JRPG with turn-based combat, whereas Tokyo Dark is a choice-based anime-style 2D side-scrolling adventure game, so at first glance there is little in common between the two titles. But below the surface they are deeply connected.

EXIT VEIL started off life as an early outline for a potential Tokyo Dark 2, but it soon became clear it was too weird and too unique to just slot into the world of Tokyo Dark. To make it fit we would have had to clip its wings and uncomfortably align the lore and background mythology of both.

We tried to put the outline aside and rewrote many versions of the potential Tokyo Dark 2, but this story kept creeping back. Lurking in dreams and documents reappearing in unexpected places, in odd synchronicities. It became obvious EXIT VEIL was a story I needed to tell and a project I needed to take on. So rather than forcing it into an uncomfortable Tokyo Dark 2-shaped hole, it has spun off into its own multimedia project where it is free to grow into its own beautifully freakish self. 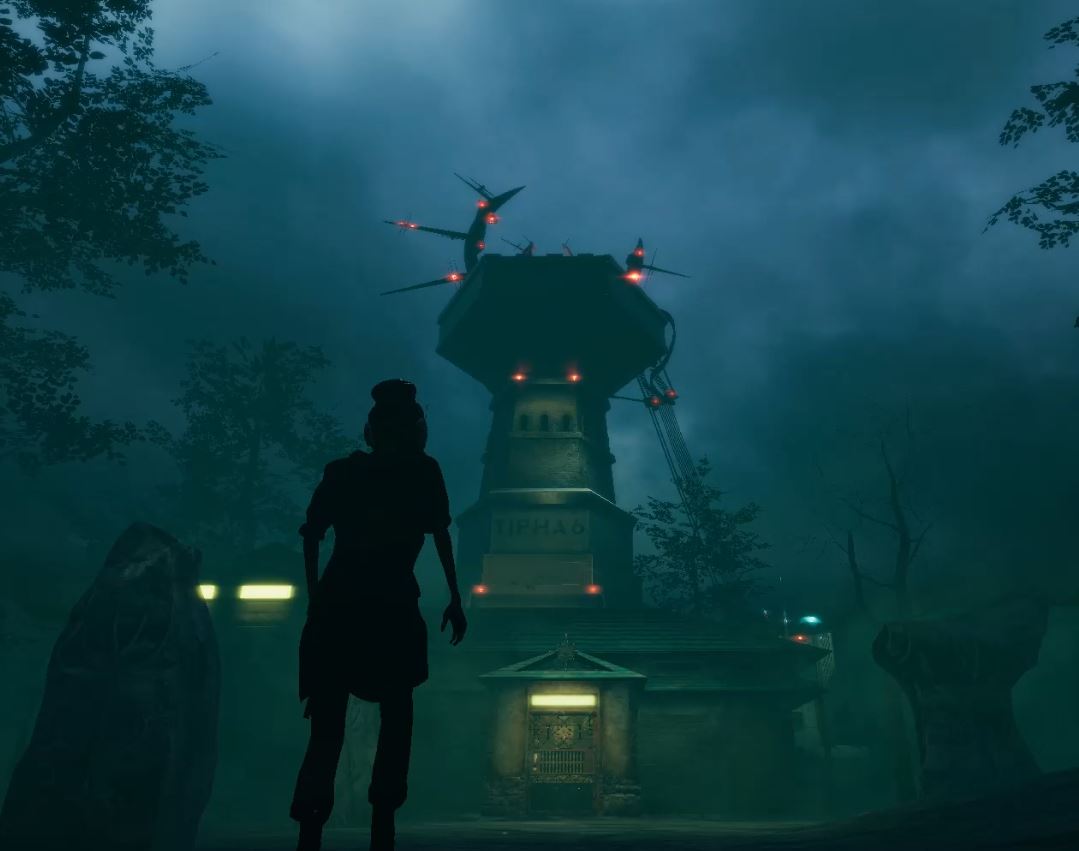 Matt S: What is it about Tarot that inspires you?
Jon I: As a lexicon of archetypes Tarot is a pure form of interactive narrative. Every story can be found within the Tarot and the layouts of its cards. Tarot has been beta tested, refined, remade, patched and modded for centuries. It’s the best RPG ever. 10/10.

It is a shame that many people dismiss these catalogues of possibilities because of their place in occult / divinatory practices. In my opinion everyone, from every walk of life, from the atheist materialist to the devoutly spiritual, to the most flexible of agnostics would benefit from regular use of an archetypal narrative engine such as the Tarot or the I-Ching.

We see ourselves reflected in stories, within these reflections we can start to see things we have buried deep within ourselves, things that exist whether we acknowledge them or not. When we ignore this shadow part of ourselves, we project them out, to “The Other”. Then we end up with this whole us and them mess we often get caught up in. Self-reflection can break down this projection, and tarot is a fantastic path to reflection, to healing.

I have a lot more to say on Tarot, as it is the fundamental core and language EXIT VEIL is built upon, but it is likely your readers don’t want to read a 20-page essay on the history and symbology in Tarot (my readers are quirky in the best possible way so I actually wouldn’t put that past them… -ed), so I’ll let EXIT VEIL speak for itself on this! 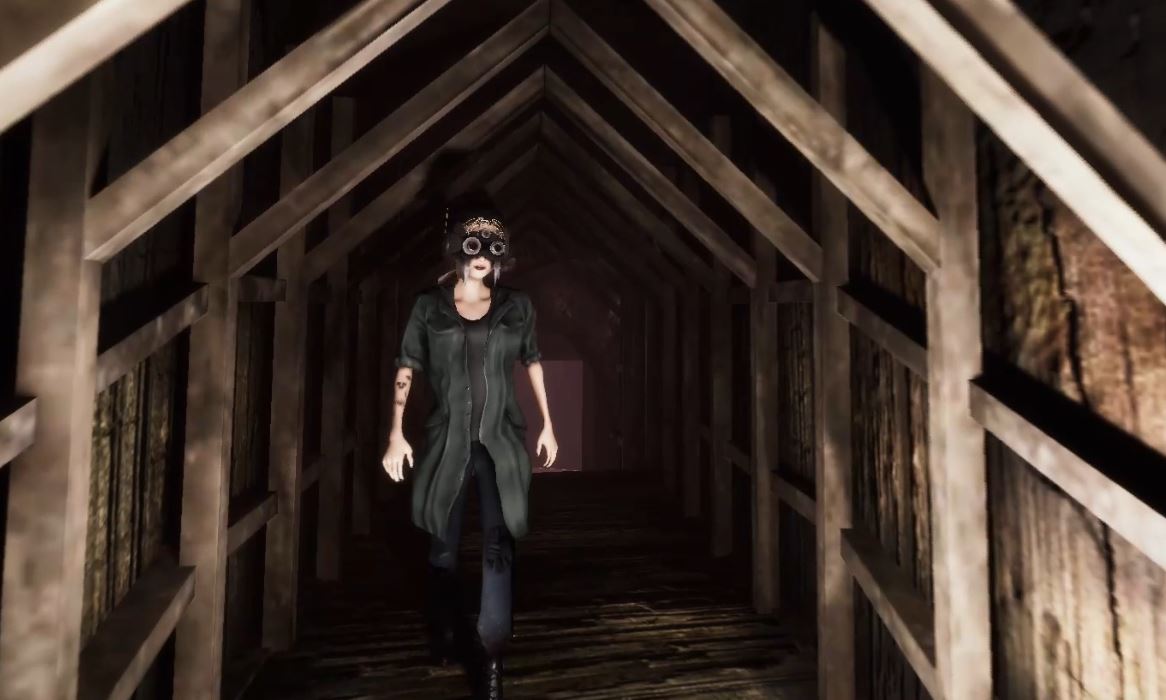 Matt S: Do you have a background in any other art mediums? What drew you to games, and how do you think games are moving forwards as an art form?
Jon I: Quite a big, three-part question sneaked into one! So I’ll keep the first two answers brief and focus on the third.

As for why I ended up in games, they are the wild frontier of interactive narrative, with so much left to discover and so many possible ways to approach the medium, it is irresistible. We`re in the equivalent of the early days of cinema.

With this in mind it is somewhat frustrating when we end up with AAA-blockbuster studios making incredibly similar games with different skins. It often feels to me, as an outsider to that space, that narrative game design sadly becomes a case of fitting narrative to a pre-existing set of mechanics, rather than exploring unique mechanics which honor the narrative they are telling to make the most of the medium.

It is understandable that with mega budgets and mega teams aiming to hit mega targets and mega audiences that AAA-blockbuster studios are so risk-averse. There is very little space for experimental experiences.

(Though when Yoko Taro or Hideo Kojima do something new in the AAA-ish space, I’ll be the first to grab the popcorn and drive right in!)

Outside of the AAA space I think interactive media is thriving. While I work with narrative, many of the games I adore are mechanically focused. Zachtronics titles for example perfectly match their pure, clean, gameplay mechanics and minimalist tone. Zach Barth is completely unafraid to make games that aren’t for everyone. That’s about as punk rock as it gets in the indie space. 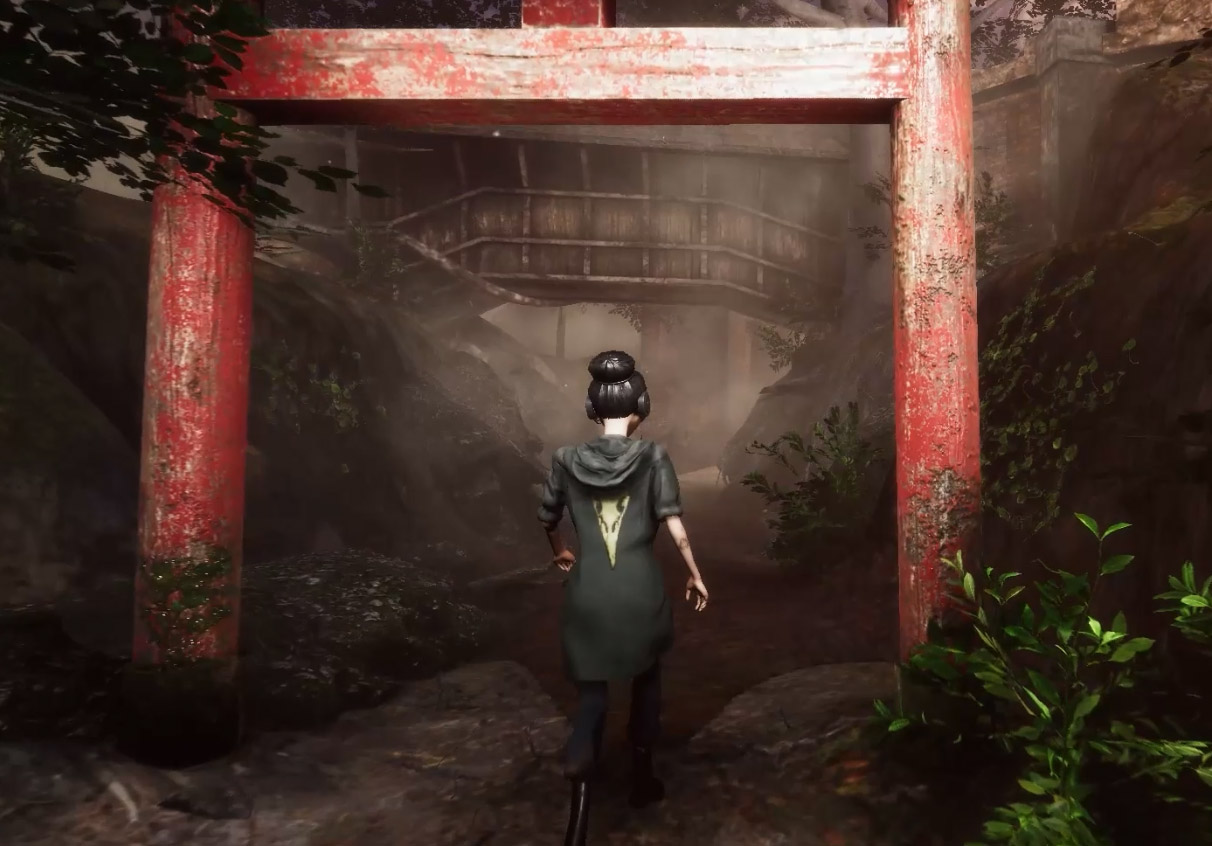 Matt S: Finally, on a personal note, moving to Japan is, at the best of times, an intimidating process. Starting up a game developer is a level of financial risk that most would never take on. How do you back yourself to do what you’re doing?
Jon I: I think it’s a case of weighing up the risks and deciding what is an acceptable outcome for you. You could never leave your hometown, have a safe but dull job, and live out your life in “relative security.”

Or you could gamble everything you have, risk it all and follow your Will. Even with the possibility of losing everything, I’ll take the second option every time. Things tend to be traps.

Financially I arrived in Japan with cash for a month and a backpack with a couple of changes of clothes. Approaching 15 years later and I’m still here. I was raised in a single-parent family in government housing in rural England, so there’s no trust fund backing me I’m afraid. I’m driven by pure stubbornness and the Will to live creatively… Of course, a little sprinkle of magic always helps.

Or to put it another way: ‘magic is the science and art of causing change to occur in conformity with the Will.’ – Aleister Crowley.

Thank you to Jon for taking the time to participate in the interview! The EXIT VEIL project is a cross-media exploration of magical worlds from Tokyo Dark indie creators, Cherrymochi. Sign up at EXITVEIL.COM to follow production and get all our news.(Note: All included images are from early builds of EXIT VEIL and designs may change during development.)
Share this