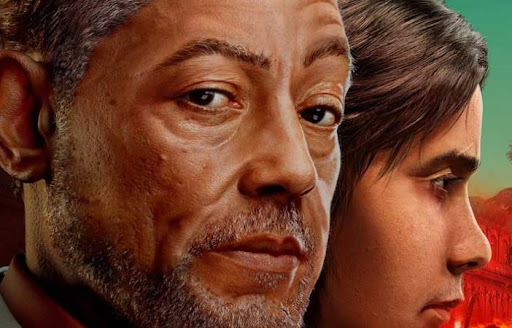 I haven’t played Far Cry 6. I won’t play Far Cry 6. In fact, with the exception of Death Stranding, I haven’t touched a big blockbuster for ages now. The last one I reviewed got me pilloried for not liking a game the amount that the fanbase had decided was the exact score the game was worth (note: before anyone had actually played it). That put me right off reviewing them. Going forward, I won’t review many (if any) blockbusters. I’m done with the nonsense around them. However. I have followed the reviews of this latest Far Cry, and I’ve just got to ask… why do we keep doing this?

From the people who really, really did not like it to those that actually did, the common thread is that this is very much the same Far Cry that we’ve already played, using the same open-world formula that is getting very tired, and while the shooty stuff is fun and all, dear Miku would it be nice if these blockbusters could be a bit more substantial. Whether you like Far Cry 6 – or, increasingly, any blockbuster game – appears to depend on your threshold for yet more blockbuster stuff, and yes, for some people that’s totally fine (and they’re totally entitled to like these games, of course). At the same time, it’s also really hard to shake the feeling that we would all be better off playing and talking about other things.

Coming from the same place as the weird declaration that “2021 has been a slow year for games” that happened last month, there persists this most irritating perception that the only games that count are the big ones. Games that are only that big because the publishers throw money at them until they’re too big to let fail. You might like Deathloop, or Far Cry 6, or even Death Stranding (just to show that I can like these games too), but the reality is that they’re only as successful as they are because the marketing budget is at least as big as the development budget. Put aside the idea that they’re popular things, there is no inherent quality that make these titles the only noteworthy games that are worth playing or talking about.

Once you start digging, you quickly realise just how artificial that blockbuster space is, not just on the development side, but also on the discourse side of things. For example, is God of War really the greatest game of all time, as an IGN poll of hundreds of thousands of people claimed? No. Of course not. It very good, certainly, but it’s entirely shallow entertainment with no greater value to it than that, and the reason it won “game of all time” on a pop culture website is the same that a Disney Marvel film would win were IGN to poll users on the greatest film of all time. Disney spent so much money to ensure that its films are the ones people talk about, while the actual great films of Kubrick, Welles, Scorsese and co are relegated to fringe communities. It’s only the “greatest game/film of all time” if you equate popularity with quality, and I would very much have to disagree with that position.

Then there’s the reality that the only reason this can happen is that the media and influencer space benefit – directly or indirectly – from companies like Disney, Sony, Ubisoft and Microsoft, and so, deliberately or unconsciously, these people focus their energies on the big end of town. One of the great ironies about Ubisoft and Activision, for example, is that for all the people that are critical of their business practices and toxic work environments, every video, op-ed, critical review or otherwise that they do on the subject of Ubisoft and Activision boosts that company and sucks oxygen away from the smaller, non-toxic players. These people are the ones that, through their passion and anger (rightful as it is) most ferociously perpetuate the idea that these companies are the only ones worth talking about. And as often as the intentions are pure, just as often it’s done for cynical reasons on the part of the pundits, because covering these “big games” and “big companies” is, supposedly, where the traffic sits. They benefit from the toxic games and publishers existing, and they know it. Because people talk about these companies, games and movies, these companies and games get more air and mindshare, which means, in turn, that the media benefits from covering these games and movies. It is a vicious circle that everyone within the circle believes, on some level, is more virtuous than vicious.

So here’s the big, dirty secret: none of this is necessary. The games industry do not need to make games of this scale. Consumers do not need to play them. We, the media, do not need to cover shallow and cynical blockbuster games that, as the Vice review of Far Cry 6 so eloquently put it, are just storefronts designed to sell you crocodile skins at five bucks a pop. We don’t need to enjoy games despite their blockbuster proclivities. Instead, we can just play – and talk about – the dozens of games released on itch.io daily, the games that are buried by Steam’s algorithms, or the stuff that lands on the Nintendo eShop each week.

It has been one of the best years for games that I’ve ever experienced, and the biggest thing that I’ve played is Returnal – which by Sony’s standards these days is downright indie. Despite the very tangential interest in the blockbusters, DigitallyDownloaded.net has had its biggest year for traffic ever, precisely because we’ve settled into our niche. The rare time that we have covered a blockbuster, the traffic that a review of a tiny JRPG nets for us dwarfs it. And we’ve published more videos, articles, and discussion points than ever, so it’s not like we’re lacking for things to say. The simple reality is that as consumer and media outlet we don’t need the blockbuster games, and while we’re certainly not shifting the needle by ignoring that space, we’re doing our bit to refocus the conversation to the games that deserve attention.
I’m playing Bunhouse right now. It’s a game that was developed by one person an it’s very simple; you play as a cute lil rabbit, growing plants in a greenhouse, making some cash (“carrots”), and just chillin’. You can even hang out with other bunnies via local multiplayer, and go for a spot of fishing. I’m not sure what rabbits would do with a pile of fish, but there you go. I don’t need to have played Far Cry 6 to know that I’ve derived more joy from my time with Bunhouse than I ever would with that game. Warts and all it’s different, sweet, and personable. I’ve also got The Caligula Effect 2 on the horizon to look forward to. It might have been made with a millionth of the budget of Far Cry 6, but it’s a philosophy thesis in game form, and meanwhile, Far Cry 6 thinks cockfighting is a funny “quirky” gimmick minigame that people would enjoy like they enjoy the Yakuza minigames. That’s how aware and deep thinking the ten dozen creative people that would have worked on Far Cry 6 were.
We just do not need these games.