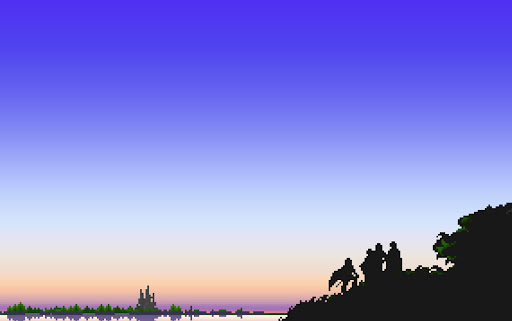 Certainly, a big part of my love of this game is simple nostalgia; the Final Fantasy series was, as far as I can remember, the first JRPGs that I played, and while Final Fantasy I wasn’t the very first (I started with the SNES), I was so inundated by the branding (remembering that the SaGa titles on Game Boy were also “Final Fantasy”) that I have a strong emotional attachment to that series’ origins. I have a half dozen Final Fantasy piano scorebooks, and do you know the one piece of music that I have actually taken the time to learn so far? The opening theme from Final Fantasy I. That little “cut scene” of the heroes looking out over Coneria as they journey past the bridge for the first time sends shivers down my spine. Every time.

“But why go back to the original?,” people often ask me. Certainly, the more recent versions of Final Fantasy are improved in major ways, from a better user interface, right through to the aesthetics. My problem with them is that, in an effort to make Final Fantasy more accessible, Square Enix has also disrupted a rhythm to the game that I feel is important to retain. 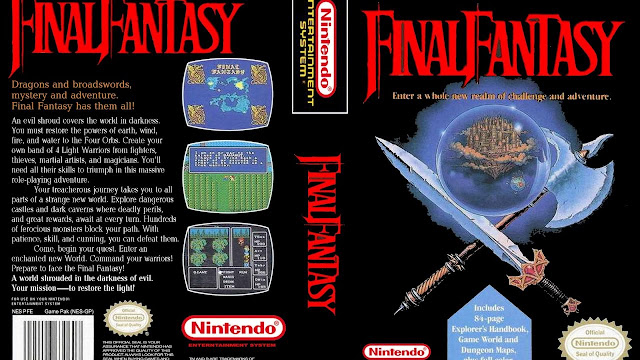 Back when Final Fantasy was a new game, storage and processing limitations meant that it couldn’t be such a large game. To make it a longer, more epic experience, the developers gave that original Final Fantasy some obscene difficulty spikes and dungeons that could be brutal in design. Final Fantasy felt epic because you could spend hours grinding away to be able to push through the next challenge.

I would never suggest that the original Final Fantasy is the best way to experience the game. For anyone out there that hasn’t played Final Fantasy before I would recommend any of the remakes first. However, I am comfortable with the rhythms of the game now. The need to wander around the elf village for an hour or so in the hope that you’ll encounter enough high-worth ogres that will allow you to buy the 50-odd antidotes that you’ll want before tackling the upcoming cave filled with poison enemies. Spending ages in one particular corridor in the Earth Cavern where you were guaranteed a battle with every step, making it the best spot to grind experience until well towards the end game. Final Fantasy, as primitive as it is, wants you to spend time in each location and really become familiar with it before moving on, making the more breezy modern interpretations more accessible, but tonally at odds with that original game’s creative vision.

Another quality that works in the favour of Final Fantasy, in making it so highly replayable, is the way that it encourages experimentation in a limited, but enjoyable way. At the start of the game, you’re asked to build a party of four heroes out of six possible classes. That means that two of the classes won’t be used in that playthrough. Once you’ve played through the game a second time, chances are that you’ve now seen what all six classes are capable of, but then it’s time to have fun with combinations. The traditional mix of two martial and two magical heroes is by no means mandatory, so if you want to try to run through the game with a party of front-line fighters, you can do that. If you want to really challenge yourself, there’s the all-white mage group. A playthrough of Final Fantasy doesn’t come with extended cut-scenes or the need to complete endless side quests. That efficiency allows you to focus the replay on the progress through the game, and that lends itself nicely to trying different things on replays. 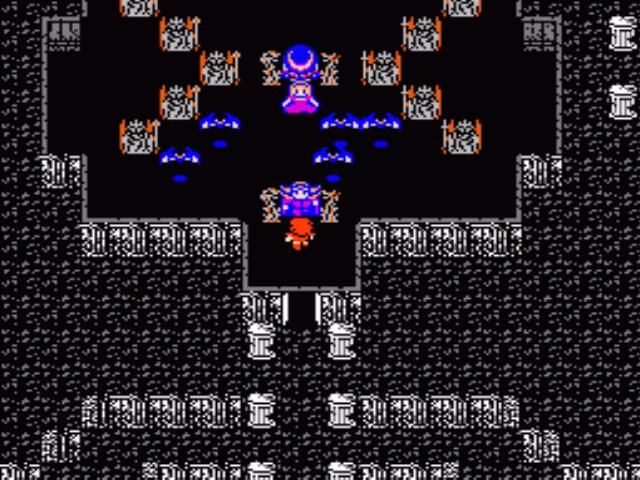 Indeed, as I think about it now, Final Fantasy is really the only NES game that I play with any kind of regularity. There are other NES titles that I like, of course. I love Mario Bros., Dragon Quest (then Warrior) or Castlevania, for example. I certainly believe that these are iconic, important games, and while they have edges that would be difficult for many modern players to get past (unfair treatment of difficulty, for example), I still think they’re all very playable, very well designed games. Final Fantasy has a quality above this, though. It was one of the first games to really ignite my imagination in the way the best fantasy novels have. To this day, as I stare down into the tiny little 8-bit sprites, which now look so different to everything to do with Final Fantasy (even in comparison to the game’s own remakes), I find myself imagining what the heroes must be seeing – and with that one still image cut scene being the only thing to guide my imagination, Final Fantasy is actually more like reading through a beloved book again than most modern JRPGs.