There’s a new Blue Reflection: Second Light trailer that you have to see

The release date for Blue Reflection: Second Light is rapidly approaching, which makes it a great time for a nice long trailer. I mean, any time is a good time for a Gust game trailer, but now makes sense for showing off the gameplay in detail. Watch the trailer here:

At an isolated school, there are three girls who have lost their memories. All they recall is each other’s names. They live together while seeking clues to their identities and pasts. One day a path randomly (or is it?) opens up to a new world that only contains a school surrounded by water. This is where they will recover their memories, while defeating monsters along the way. 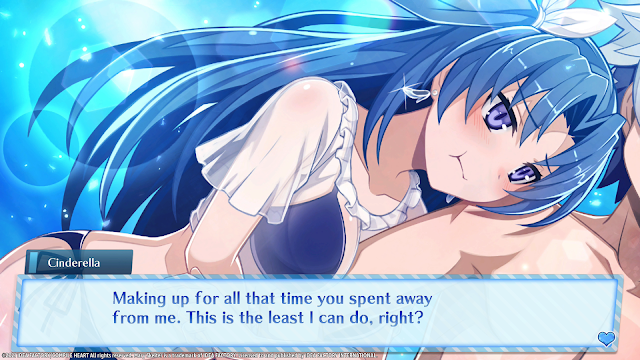 The game is the end to the Mary Skelter trilogy, now in its fifth year. Jail is a prison for humans, found buried 666 meters underground. It appeared suddenly decades ago. It is patrolled by Nightmares, madness-inducing creatures. One group of prisoners is Jack and the Blood Maidens, reincarnations of fairy tale figures. The escape by climbing to the earth’s surface, only to be met by thousand of corpses. Locked Up in Love – True End Allows players to date the Blood Maiden of their choosing, playing as Jack the Blood Youth during his first hot, hot summer.

The Wild at Heart launching for PlayStation, Switch

A mysterious realm, which includes a deep forest, is filled with magical creatures and oddballs; this is the land where we find ourselves fleeing past hardships as two children in The Wild at Heart. Originally launched earlier this year for PC and Xbox, the game is now set to come to two more consoles. But first! Here’s the original Xbox launch trailer:

The world is filled with centuries of lore and puzzles. Here, in the Deep Woods, night is bad. The children must stay near the fire overnight; but are free to keep fleeing during the day with the help of a hoarde of Spritelings (small magical creatures that work at the player’s command to break or collect things, fight enemies, and build paths). Items collected can be used to craft items, structures, and upgrades. The Spritelings aren’t the children’s only help, as they also have a handy vacuum cleverly named Gustbuster.

Developed by Moonlight Kids and published by Humble Games, The Wild at Heart was released for PC via Humble, Xbox Series, and Xbox One in May 2021. It will launch physically and digitally for PlayStation 4 and Nintendo Switch by the end of the year.

Create your best festivals in this tycoon-type game

I say tycoon-type because this game is by a small indie studio rather than the developing giant(s) behind Roller Coaster Tycoon, Zoo Tycoon, etc. But studio doesn’t matter when the premise seems solid. Festival Tycoon allows players to create the festivals of their dreams by taking charge over every aspect imaginable. Here’s the latest trailer:

Players will have a say in everything. They will design the optimal layout (tents, VIP areas, stages, toilets, decorations, etc.), book the talent by selecting and bartering a price, finding sponsors, and selling tickets. React as events happen in real-time by dispatching aid to those who need it, fixing transportation, replenishing food, and keeping ground trash at a minimum. When the first festival is done, it’s time for another. And another. And another! Basically, the player will grow a festival empire. That also involves keeping up with news like band breakups, record-setting albums, and sponsorship clashes.

Festival Tycoon is developed by one-person indie studio Driehaus. It will be released for PC via Steam Early Access in the third quarter of this year, so expect to see it in the coming months.

The August 2021 issue of the Dee Dee Zine is available now!