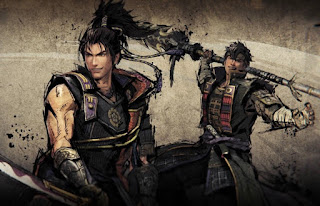 I’ve finally been able to get some hands-on time with the console (PlayStation 4) version of Samurai Warriors 5. As my favourite series within the Musou genre (one of my favourite genres), I’ve been aching for a go as other critics have been previewing it on PC, and now I’ve had the chance to power through the first couple of chapters myself. I have come away convinced that this game is the best-realised effort by Koei Tecmo to deliver what the series has been angling towards since day one.

See, Samurai Warriors wants to educate by entertaining players. In comparison to many other games set during the sengoku era (most directly comparably, Capcom’s Sengoku Basara series), Koei Tecmo has always wanted to give players big, entertaining action, but also encourage them to then go out and learn about the personalities, battles, and events for themselves. It worked that way for me back with my first Samurai Warriors title (that was the Wii’s Samurai Warriors 3), but there has always been a question mark over whether these games were going to be able to attract people that weren’t pre-inclined towards history. Samurai Warriors always had hyperbolic character designs and weapons, but there was always a muted “realism” around the environments and use of colour, and I do think that for some people it would have come across as dry. That point was probably most convincingly driven home when Samurai Warriors’ stablemate, Dynasty Warriors, landed really flat with the relatively hardcore historical leanings that we saw in Dynasty Warriors 9.

Samurai Warriors 5’s biggest new deal is that Koei has clearly taken note that people rather like anime action games, and it has gone all-in with the anime, making this new game closely resemble the company’s licensed Musou tie-ins, from Zelda to Fire Emblem, Berserk to Arslan. It’s bright, colourful, and personable, in other words, and yet it also does so without quite going to the “anime ridiculous” lengths of something like Sengoku Barara. I do think that’s this look is going to be far more accessible to people who come first because they’re interested in the action, and then end up with favourite characters. Who knows? Before long they might even be reading books. I’ve long argued that Samurai Warriors is far more historically authentic than people give it credit for (emphasis on the difference between authenticity and accuracy here), and my initial “read” of the gorgeous cel-shaded graphics and more stylish environments is that this game has really doubled down on turning Sengoku Japan into an entertaining piece of historical art. 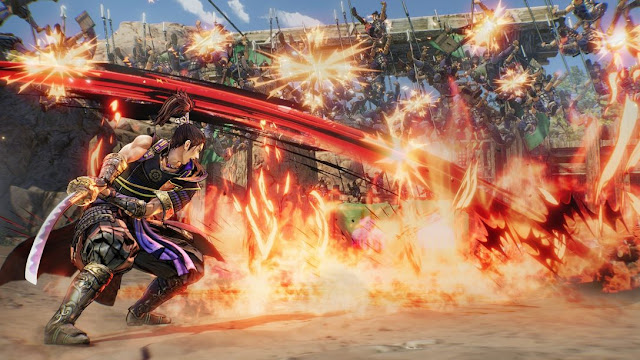 It’s not the only evolution; the combat has had an overhaul too, to make it snappier, more dynamic, and reflective of what Koei Tecmo has learned with its recent licensed titles. The fluidity in movement across the battlefield, and the ability to string together massive combos, has never been greater, and as a power fantasy Samurai Warriors 5 really hits home. As I write this I haven’t spent much time on the higher difficulty settings, and I do worry that the game comes across as a little too “easy” simply because “whirling dervish” doesn’t begin to describe what you can achieve with this game’s combat system, but then Samurai Warriors has always been good at forcing players to be highly tactical at the higher difficulty settings, later into the game, and I do have to temper my comment here against the reality that I play more Warriors games than is healthy. I’m sure the difficutly is pitched better towards the less experienced players.

One particular feature that I really loved and want to call out is the flexibility that characters have with the weapons they use. If you have a favourite character but don’t love the weapon that they default with, you can give them something else. They’re going to lose some special abilities in using a weapon that they don’t favour, but there are still plenty of combat options, and there are characters from previous Samurai Warriors games that I would have loved to be able to this for. This is a truly great feature, and for anyone concerned about homogenisation, just remember that this is character-driven action. The differences are there simply in the way that the characters are presented, even if they can all end up fighting in a familiar way to one another.

Of course, the part of the game that I want to really dive deeply into before finalising my thoughts on the game is greatly restricted by the preview limitations; this Samurai Warriors is meant to be more focused on specific characters and events (Nobunaga Oda’s), rather than an effort to retell all the major narrative arcs that swept Japan during that epic period of conflict. In theory, I do like this idea, since one of my favourite Warriors titles of all is Spirit of Sanada, and that game focused entirely on one family’s rise and fall, giving us a much deeper sense of those characters and their role in it all. I’m not going to get a sense for where Samurai Warriors 5 might land until I’ve been able to play the full thing, though I assume it will fall somewhere in the middle of Spirit of Sanada and Samurai Warriors 3 and 4. Whatever the case may be, so far the characterisation is excellent. What I can say though is that through Oda’s story, you do get to experience more of his small skirmishes and battles, where Samurai Warriors usually focuses exclusively on the big conflicts. That, too, will help give you a better introduction to the history of the man, because the snapshot moments that the game captures are more frequent and build on one another better to explain what happens to Oda at the end (would it be a spoiler to actually mention that historical event? I genuinely have no idea give how hyper-sensitive the gaming community is about spoilers). 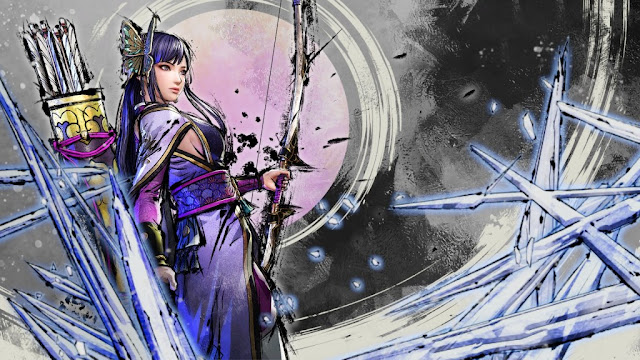 I’m not going to say much more now, since this is just a quick preview of a game that I’m going to be reviewing in just a few short weeks. However, at this point, you all know how much I love my Musou AND Samurai, and the fact that I cannot wait to get my hands on more of the game and see what lies beyond what the preview has allowed, should say it all, really.