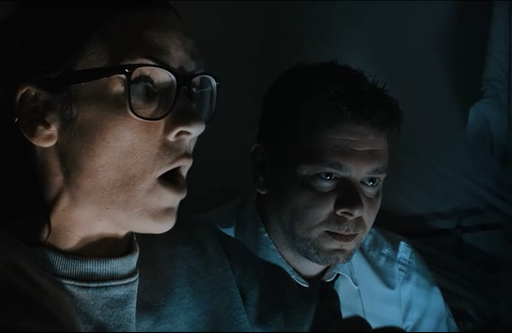 Review by Lindsay M.
A looming solar eclipse. Two missing children. A broken man. A questionable cop. A science geek (in the best way). These are the major elements in The Dark Side of the Moon, and they all add up to only one logical conclusion: aliens did it. I would describe what is happening in FMV games right now as a sort of renaissance, and this debut title from Tayanna Studios slides nicely into the small collection of contemporary titles in the genre.

Set in a small English town, The Dark Side of the Moon follows Dean’s search for his children. They went missing overnight, soon before a solar eclipse. Random side note, I coincidentally played the game the day before a partial solar eclipse. Dean is a single father, doing the best he can in a world that was already fairly uncertain before his children went missing. He seems to have very little support from friends, and no family other than his children in sight. When they go missing, he tries to handle it himself before calling the police; I’d call this a suspicious move, but it’s clear he’s suffering from a mental illness causing him to self-medicate with alcohol. As such, when his children aren’t there in the morning and he knows he was drunk, he must be worried it was his own fault. Once he does call the police, the detective that appears at his doorstep is less than helpful.

Basically, Dean is on his own. His entire family, his entire reason for existence, has disappeared. His search for clues is mostly fruitless, until his one beacon of hope appears in the form of an excitable woman named Alyx-with-a-Y. Okay, not literally, but that’s how Alyx introduces herself and it’s what I hear when I think of her by name. She’s full of interesting, often useless facts, but she’s also got some seriously far-out theories regarding the missing children. Dean has nowhere else to turn, though, so Alyx becomes his biggest asset in the search for his children. Alyx also provides comic relief at the most inappropriate times, which makes me absolutely adore her. The story is a bit familiar, but it twists when it needs to twist and turns when it needs to turn, making it pretty solid. And the characters are more complex than I expected, though it would have been nice to explore Alyx’s motivations some more.


I’m not going to lie: the acting isn’t phenomenal. A good number of actors aren’t in that realm – for example, Dean is played by the writer/developer (Darren Hall), and Dean’s family is played by Hall’s family members. There is a small handful of names that will be familiar to fans of contemporary FMV titles: the detective is portrayed by Rupert Booth and Alyx-with-a-Y is portrayed by Anarosa De Elizaguirre Butler, both are known for Contradiction and The Shapeshifting Detective.  I view FMV games as often occupying this lovely place in games similar to where B-movies are to cinema. These games are driven by passion, not large budgets and big names. So some of the acting is good, some is intentionally over-the-top, some is cheesy, and some simply isn’t the greatest – but it adds to the feel of the game. I don’t even know if that makes sense, but it’s the best way to describe it. The game has a certain feeling of comfort associated with it, for whatever reason.

So this weird combination of a solid sci-fi story and mediocre-to-good acting feels like a B movie in FMV game form. It’s cheesy, mostly predictable, but a pretty fun ride regardless. Between the video scenes (the bulk of the game) are elements of point-and-click adventure, where the player needs to choose where to go next or what item is needed at a given time (sometimes searching everywhere or trying every different combination, and then realising it was incredibly obvious… but that’s just me, they were actually rather simple to figure out if you could remember what you had or had not tried). The player also needs to make decisions regarding what Dean says or how he acts in certain circumstances, which is currently the most common gameplay element of FMV games. Some options are time-sensitive, with no setting to give infinite time for decisions; this is somewhere the game is lacking in terms of gameplay accessibility, for example, once I couldn’t move my hand quickly enough and totally missed it.

There are some other issues at hand, although I’m not sure if it’s related to the iOS/iPadOS or if the issues also persist in the Steam version of The Dark Side of the Moon. There is no ability to pause, let alone change the in-game options mid-game without force-quitting and hoping it didn’t auto-save ages ago. This brings up another issue: there definitely is an auto-save feature but you never actually know when it’s happening. There needs to be a small symbol that appears to say hey, it’s a good time to quit if you were going to. 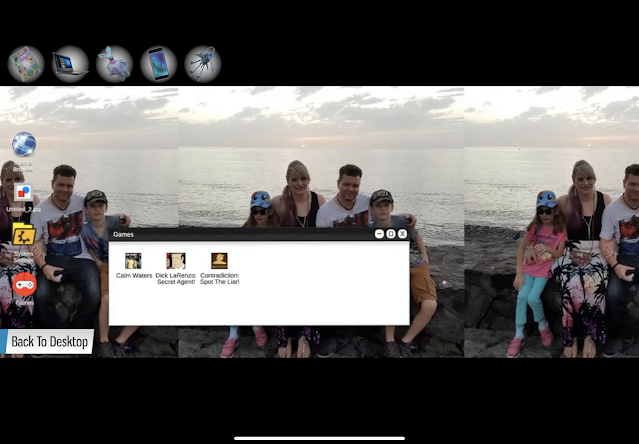 There are also two subtitle issues, one minor and the other quite major. The minor issue is that the subtitles are slightly behind spoken text. This leads to the major issue, because slightly slow subtitles would not have bothered me if the setting to turn off subtitles actually worked. It’s already confusing, as it says On/Off which a check box, and I didn’t know if I was checking for on or for off. I assume on, because that’s what’s logical. All I know is that I tried both ways, and neither did anything. A quick glance at Steam shows me PC users had a similar issue, so it’s disappointing it wasn’t fixed for release on a new system.

The Dark Side of the Moon is a good effort from a first time developer, and an especially good effort considering how much of the work he did himself. I was looking forward to it for years, and it didn’t disappoint. The characters were relatively complex for something that takes a couple of hours to play through, and the story was familiar yet satisfying enough. The gameplay was nothing extremely innovative; however, did what it was supposed to do really well, adding a layer of nostalgia to the title. Unfortunately, multiple technical issues (whether with the game itself or the mobile port) did somewhat dull the experience, as did some of the story’s predictability. 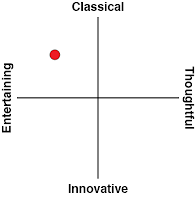 Physical-only releases in 2021 are gross. Let’s not do this.

E3 2021: June 14 highlights, including cute creatures and an Ace Attorney