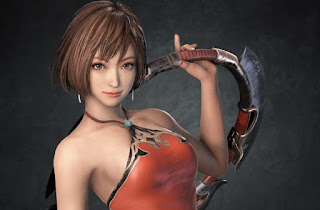 It looks like Koei is delivering on all the particularly positive elements of DW 9 (the sieges in particular), while giving you all the neat empire management tools that are core to the Empires experience. We already know that they’re pulling back on the open-world stuff that proved so controversial with the baseline Dynasty Warriors 9. You’ll also be able to create your own character, have them get married and stuff and… save a dog from a runaway horse? Perhaps Koei wanted to highlight that where some people found DW9 dry, Empires will have some of the series’ trademark humour brought back.

Anyhow, it’s all looking really great. The game is still on-track for a worldwide release this year, though we don’t know exactly when that will be at this stage. It will be available on PC and all consoles including – nicely – the Nintendo Switch.