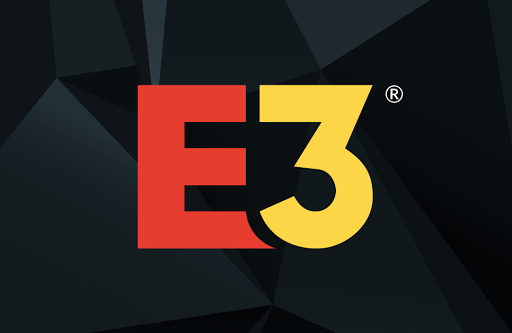 News by Lindsay M.
E3’s final day was yesterday, and I’m sure many of us (myself included) is suffering from a bit of a gaming hangover – my migraine is definitely telling me it was a bit overwhelming! Luckily, we kept track of all the best news so you didn’t have to. Let’s take a look back at the last four days and the best announcements from each.

The first day of E3 actually started with something not directly linked to E3, the Wholesome Direct from Wholesome Games. And from the dozens of titles shown, the most exciting (albeit fully expected) trailer was relating to the new Port Forward update in Ooblets (available in Early Access for PC via Epic Games and Xbox) which adds a brand new area and a bunch of new goodies to the title. From Ubisoft’s presentation, the shining star was Mario + Rabbids: Sparks of Hope, a sequel to the surprisingly fun Mario + Rabbids: Kingdom Battle. All the best characters are back, and this time, they’re in outer space! Devolver Digital’s presentation was as weird as ever, and included a free-to-play physics puzzler for smartphones featuring favourite Devolver characters. Last of the day was Gearbox’s showcase, where we saw some very puny jokes as well as a great trailer for Tribe of Miguard, an adventure game designed to be played both alone or with others.

For more information on these titles, read our June 12 highlights.

The second day of E3 may have been the most jam-packed when it came to showcases from some of the biggest developers. Xbox and Bethesda’s showcase was back-to-back trailers and announcements; my favourite is Twelve Minutes, the game where you play the same twelve minutes in time repeatedly. The news is that the title will launch for PC, Xbox Series X/S, and Xbox One on August 19. After that was Square Enix Presents, which brought us two exciting titles and one equally exciting remaster collection. First, we saw loads more about Life is Strange: True Colors, including learning about how Alex’s power of Empathy works. The title will launch September 10. We also got another look at Life is Strange Remastered Collection, which is included with True Colors’ Ultimate Edition or on its own, and will launch on September 30 (except on Nintendo Switch). The second announcement was huge, an actual first-time game reveal that made an awful lot of jaws drop. From Team Ninja (Nioh, Dissidia Final Fantasy NT) comes Stranger of Paradise: Final Fantasy Origin, a brand-new title that explores what happened before the lore that we all know. A free demo for PlayStation 5 is available for a little less than a week. After wading through a lot of the same game in the PC Gaming Show, I discovered an absolute gem called Lakeburg Legacies, a medieval town builder where you also insert yourself into the characters’ love lives. The best announcement of the entire day was saved for last. Literally, it was the last game features at the Future Games Show, which was the last showcase of the day. Half Mermaid’s next title will be Immortality, a mysterious mystery title about a missing actress. Half Mermaid is a developer created by Sam Barlow (Her Story), and its first release was Telling Lies in 2020. Trust me when I saw this is a game you’ll want to play, even though we still know next to nothing about it.

For more information on these titles, read our June 13 highlights.

Let’s just not with the physical-only game releases

Following the announcement that a couple of upcoming games with have physical-only releases, our brains kind of… broke. Read why here, courtesy of Matt S, DDnet’s editor-in-chief.

The third day of E3 had a few big showcases, and several smaller ones. Animal fans will hopefully flock towards To The Rescue, a cute sim management game about the sad reality of running a dog rescue. As a bonus, 20% of the game’s profits will be donated to The Petfinder Foundation. An indie title I’ve had my eye on for quite some time, Coromon, will now be coming to the Nintendo Switch as well as PC in Q1 2022. The addition of a console launch slowed down the monster-tamer’s timeline a bit, but any wait should pay off in spades. Last up is Capcom, which spent a good chunk of time explaining new gameplay systems in The Great Ace Attorney Chronicles, a two-game collection of Phoenix Wright prequels that have only been available in Japan until now.

For more information on these titles, read our June 14 highlights.

Don’t bother will all the showcases, just listen to me!

Okay, that’s definitely not what DDnet’s editor-in-chief (Matt S) was actually saying, but I like to think I’ve done a reasonable job at wading through hours (and hours… and hours…) of video announcements so that you don’t have to. As I mentioned earlier, my body is now rebelling against it. E3 is just too big. There’s too much, too fast, and with the digital-only event a lot of opportunities that are usually available just weren’t there.

For more information, read the entire opinion piece: The best way to enjoy E3 is just not pay attention to it at all.

We’ve now come full-circle, up to yesterday. There were very few planned showcases, but let’s be real, anticipation of the Nintendo Direct blew everything else out of the water. There was a lot in there, and I could only discuss one or two, so I definitely recommend watching the entire thing. My highlights include more Life is Strange, as Life is Strange: True Colors and Life is Strange Remastered Collection are both coming to Nintendo Switch. The former will launch alongside the rest of the console releases on September 10, but don’t expect the latter on September 30 – at this point, it’s just set to come “later this year.” We learned of the release date for Shin Megami Tensei V, the fifth numbered entry in a series nearly three decades old. It also got a good amount of featured time in Treehouse Live. It will launch on November 11 in Japan and November 12 everywhere else, exclusively on the Nintendo Switch. Bandai Namco dedicated its entire time to The Dark Pictures Anthology’s next game, House of Ashes. We learned of some plot, some background information, and the release date: October 22 for PC, PlayStation 5, PlayStation 4, Xbox Series X/S, and Xbox One. Out of nowhere, towards the end of the day, came a brief showcase by Yooreka Studio. The star here is Mohism, a Phoenix Wright-type detective game where the protagonist defeats his enemies with wit.

For more information on these titles, read our June 15 highlights.