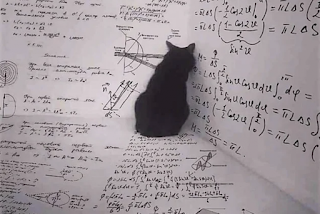 We had another round of the discourse last night in the Australian video game scene. Our national broadcaster (the ABC, but no, that’s not America’s ABC) published an investigative report, titled “Are you being played,” which was, principally, a look into microtransactions, loot boxes, and whether those are having an adverse effect on people. I don’t think it’s a perfect example of investigative journalism, and I’m not sure that it was done in entirely good faith, given how cherry-picked some of the responses from the industry spokespeople are, however…

The response to the segment was entirely predictable. The video game industry, forever defensive to anything that it perceives as being critical of it, circled the wagons. How dare the ABC run a hit piece on video games? Doesn’t the ABC know how much games mean to people? Never mind that the games industry itself is incredibly critical of microtransactions and loot boxes (occasionally and only when it’s convenient), the minute this gets mainstream attention from outside of our little echo chamber, we’re all suddenly out there in blind defence of that thing that we all love.

It’s a familiar drum we beat, over and over again, regardless of how valid it is to question some of the things the games industry does. When the WHO designated “video game addiction” as a condition, the howls from the games industry and community were deafening. I even remember there being a hashtag campaign on Twitter encouraging people to share stories about how much games mean to them, to show how nasty those WHO people were for attacking our games. Every time a politician or public personality dares to question the extreme role that violence plays in games, the immediate outcry from the industry is a reflexive “video games don’t cause people to be violent!”. It never matters how valid these criticisms or concerns are: microtransactions are a concern for those with addictive personalities in the same way gambling is. Video game addiction is a concern that the industry doesn’t take seriously enough, given how frequently “addiction” is used as a positive in reviews and on social media. Video games don’t have to cause people to be violent for the extreme violence that has become such a frequent marketing point that it is something worth discussing. Video games are singularly bloodthirsty among the art forms, and that needs to be examined with a critical eye. But the gamers… well, they won’t have a bar of that. You are not allowed to criticise their passion and, far too often, something that forms part of their very identity.

All of this brings me to my point with this piece: video games, and the discourse around them, is some strange form of Schrödinger’s philosophy, in that a game is both an art form that can move people to tears and inspire them like the greatest books and paintings do, and it’s also a totally harmless toy that has no impact on anyone, ever. I’ve had people argue with me that games are the greatest art form because the interactive nature of them makes them more “immersive” and “engaging” than any of those passive art forms like books or films. And yet if you ever dare to criticise a popular game for being military propaganda, imperialistic, sexist or orientalist, you’re going to get “it’s just a game, bro” screeched at you until you delete your social media presence. This is an industry so utterly entitled and limited in thought that, across the entire spectrum, from developer to media and on to the audience, it argues for two things simultaneously; recognition of the powerful value that games bring people’s lives, and passive acceptance that games have so little value and impact that they can’t negatively influence a person’s life.

I totally understand how criticism and hard questions can be difficult to parse. I spend most of my life in and around games, and, yes, criticism that perhaps what I do and the entire foundation of my career is not always a net good for society can be a body blow. But if games are an art form – and if we believe they can have so much positive impact on people then we must acknowledge them as an art form – then that criticism is essential to the very development of the medium. In fact, as the years go on I’m finding myself increasingly concerned about how little meaningful development is going on in video games. Sure, the engines are getting better at rendering a ridiculous level of detail, but the thematic and philosophical development of games is just not there. I believe that a big part of that is this resistance to criticism or the very idea of changing how things are done underlies this problem.

The first-ever arcade machine – Computer Space – was produced by a future founder of Atari in 1971. This is a convenient event to attribute as the “birth” of video games as we recognise them, meaning that this form of video games have been a part of culture for 50 years, exactly, this year. Meanwhile, the earliest surviving film was released in 1881. Fifty years after that (1938), the film industry had already seen great theorists and thinkers like Sergei Eisenstein, films that featured concerning content like Birth of a Nation and Gone With The Wind were lauded critically but the criticism of them was robust and productive, and the film industry was listening to its critics, implementing and rigorously enforcing the Hays Code after the mainstream criticisms of the sex, drugs, and similarly “unacceptable” material became too vocal. Now, I’m not suggesting that the Hays Code was the right thing to do, as I do believe in freedom of the arts, but the point here is, in its first 50 years, the film industry did, provably, listen to and respond to the mainstream commentary around it, and while the Hays Code was a mistake for artistic freedom, Hollywood and the film industry grew and developed because of it.

The games industry doesn’t have its Eisenstein. It has plenty of talented game developers and artists, but they’re not theorists, because aside from monetisation models, the entire industry resists the thought rigour required to produce an Eisenstein. The intolerance to criticism for its themes and philosophies has never been greater than it is now that “fans” and “influencers” dominate the discourse, and the closest the industry has ever come to responding to mainstream concerns has been to establish a self-managed rating body in America that – judging from the number of kids playing “adults only” games – very few people actually pay attention to. We don’t need an equivalent of the Hays Code, because society has moved beyond these things, but we do need some kind of acknowledgement that the legitimate concerns that people have about the games being made and played are being listened to. Rather than unquestioningly fuel the kind of toxic art that this industry creates – art which is so much more explicit and therefore high impact than Birth of a Nation – perhaps game development as an art form would be better off if we did actually question what we’re making and playing.

I mean, Christ. There’s a developer making a game designed to make you feel empathetic towards American soldiers that committed war crimes during an illegal invasion of Iraq, and this industry just doesn’t have the structure or culture to even begin to deal with just how concerning that very concept is.

In my view, none of this is debatable, but it does mean that a lot of people out there need to rethink their understanding of games. Video games are an art form. Even if you, personally, do not consume them as such, video games are made by people who wish to spread ideas, share stories, and elicit an emotional response from you. Even the most narrative-free, passive made-for-consumption games, like Fortnite or Fall Guys, is a creative work that does at least one of these things, and therefore it is a work art. With that being the case, it’s past time for this industry, from the developers and publishers, through to the media and the gamers, to get over themselves and have productive, positive conversations about what that actually means, and how we should view and talk about games.

Again, I understand the desire to revert to being defensive when criticism comes in. Video games have added weight because they’ve been the art form that has also been the refuge for those that feel ostracised from mainstream society. But if you honestly believe that games shouldn’t be part of the mainstream discourse, that the industry should be immune to criticism, and it should not be looking to better itself in light of that criticism, then you don’t get to claim that games have any emotional or cultural weight. In this scenario, you must see them as nothing but silly toys, undeserving of respect.
You don’t really get to play Schrödinger with this any more, games industry. It’s time to grow up, and it’s one or the other. Choose.