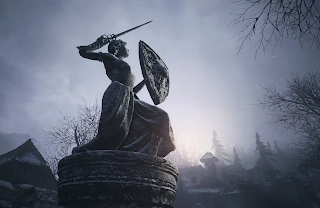 Resident Evil Village is the latest in Capcom’s long-running series, and it’s also one of the most different entries we’ve ever seen. It’s a work of genuine gothic horror, and that makes it very different to all the B-action stuff we’ve seen previously.

In this video, I discuss how the gothic theme changes up what Resident Evil offers, and why I think it was a good move for the series.

Be sure to let me know how you’ve found the game once you’ve got going with it!