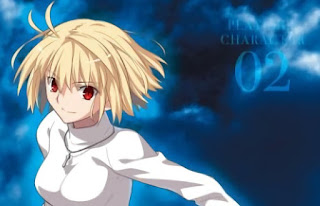 Among the hardcore fighting game community, there aren’t many names with greater prestige than Melty Blood. The series stretches right back to 2002 and now, in 2021, we’re getting the rarest of rare treats – a worldwide release of the new one, to be called Melty Blood Type Lumina.

It will be developed by series mainstay French Bread, and will release on PlayStation 4, Xbox One and Nintendo Switch. To date, we’ve only got four-character announcements (Shiki Tohno, Arcueid Brunestud, Akiha Tohno, and Ciel), but we do know that the game will release this year (2021).

I must admit that I haven’t had the chance to play a Melty Blood game as of yet. I am very keen though. The art for the series alone is exquisite.