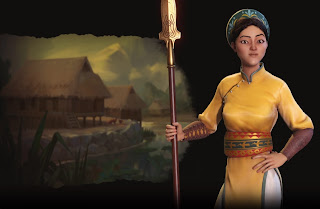 Twenty-five turns after starting a new “marathon”-length (1,500 turns) game of Civilization VI, by fledgling Portuguese nation and its one and only city, Lisbon, finds itself in dire trouble. See, a barbarian camp had set up not far away, and come into conflict with a nearby city-state. As bodies hit the ground, groups of zombies rose up, and before I knew it, my one unit of warriors was eyeing off no fewer than four mobs of the undead. Truly, I’ve never been so terrified in playing a Civilization game before.

Related reading: My review of Civilization VI on the PlayStation 4.

Last week brought us the final update from the New Frontier Pass in Civilization VI. It has been a year of bi-monthly releases, each time bringing new civilisations and leaders, and also a wealth of new gameplay modes. The zombies mode that I’m trying desperately to survive is the newest one, but there are so many ways to mix-and-match these new ways of playing to result in some truly fantastic new moments within the game.

“You could have the zombies, heroes & legends, and secret societies options on, for example, and end up with a hero from your civilisation and a vampire from the secret society, and they’re shoulder to shoulder fighting off against the zombie horde,” Anton Strenger, lead designer on the New Frontier season pass, said. “We think that’s awesome.” 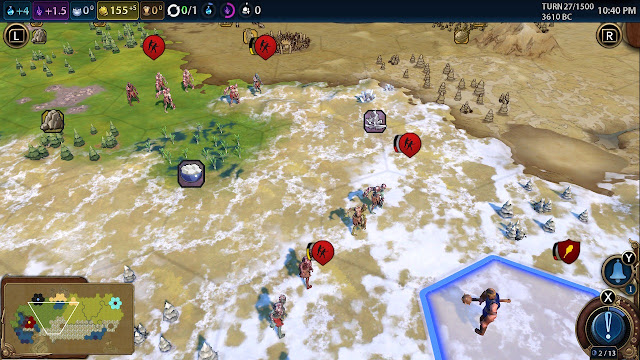 It’s difficult to describe just how significantly all these optional additional game modes change up the basic game of Civilization VI. Even without the new civilisations, leaders, and units, the New Frontier Pass has done more to add to the base game than any other season pass that I’ve experienced. In an industry that often uses season passes as a way to extracting additional cash from players for things that really should be either free or, at best, sold as conventional DLC, this New Frontier Pass really should be held up as an example of the model done right.

“We want the scenarios to enhance a particular type of gameplay role, make sense and not feel like they were just bolted on,” Strenger said. “We also need to be careful that they were modular. For example, if the zombies are affecting a game system, and another module is also on and affecting the same gameplay system in a way that is incompatible with the zombies, that would have been bad… but having the modules complement each other in a way that causes interesting gameplay is really fun.

“We’ve been very happy with how the New Frontier pass has gone,” Kevin Schultz, associate producer, added. “It was the first season pass that the studio has ever done, so it has been really exciting for us to be able to lead that expedition.

“We already knew that our community is so valuable for us with feedback, but this season pass experience really cemented that,” Schultz said. “With traditional expansions and DLC the time frame that we could implement feedback was longer than we liked, while with the season pass we were able to get this rolling process going where fans could play the parts that we’ve released, and we still had the ability to update every part of the game as we’ve gone along.”

Building games for those that love history

It’s not just the new gameplay modules that the New Frontier pass has added to Civilization VI. The most obvious element that has been added has been the new leaders and civilisations, and Firaxis did get creative with some of the decisions they made as to who would be added to the roster.

“We don’t want to have just this western Whig history view of what civilisations are, that they go on and into the new world and conquer everyone and that’s progress. We understand that some game mechanics lend themselves to that, but we very intentionally try and play against that, and we do that through our civilisation choices,” Strenger said.

“One of the ways that we try and ask these questions is not only including the expected figures from history, but also intentionally picking civilisations that we on the other side of those conflicts. Someone like Bà Triệu in Vietnam is a good example of this. She became famous in history because she fought back against imperialist forces in her country.”

Mechanically this results in civilisations that can earn victory without being entirely focused on expansion. From a development perspective it also means, at times, that actually researching up the character can be a challenge, particularly when the development team is so focused on being respectful and appropriate to the culture, Strenger added. Many of the figures that represent the less expansionist cultures throughout history also tend to be less well understood within history.

“When we added Kupe and the Maori in an earlier expansion, there was this very involved research process in determining how we can represent him in a way that’s appropriate to the culture,” Strenger said. “For some other characters, it might be something like the costuming that’s difficult. With Bà Triệu for example, there’s not a lot of documentation of her and in a lot of cases what is there is impossible stuff like her being nine feet tall and going into battle bare-breasted. So we have to work out a balance between sources and other evidence that we can find.”

As I’ve said in the past, I find Civilization to be very valuable as an educational resource. From the New Frontier pass alone I’ve had the opportunity to “discover” both Simon Bolivar and Bà Triệu, and my interest in both figures has led me to purchase books and learn more. While there are no plans to start producing “educational editions” of its games, Firaxis is certainly aware of the value of introducing people to history, and does what it can to be the “starting point” to encourage further learning.
“We always focus on making the game first, but our writing team is lead by an anthropologist who lectures at universities (Andrew Johnson), and he puts a lot of thought into representing civilisations in such a way as to whet the appetite,” Strenger said.

“That comes out through the gameplay considerations. So for example Simon Bolivar. What was it about his history that could make a really cool gameplay bonus or system? Historically he had his comandante generals, and we thought that it would be a really cool way to highlight his history and be different from all the other leaders in the game.” 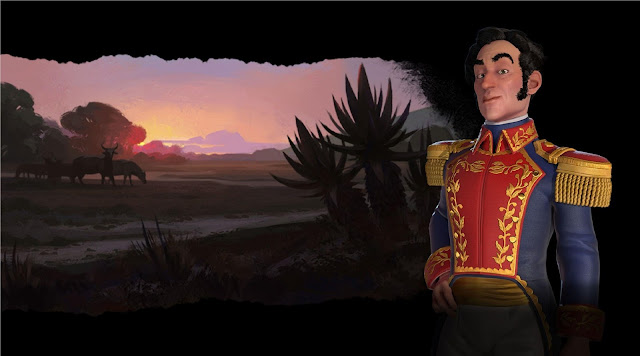 Who knows if there’s another season pass or further expansions in Civilization VI. The game has grown and evolved in such a way over the five years since it launched that it’s barely recognisable as being the same game. It may well be that Firaxis is ready to move on from here, but whether happens Civilization VI remains a rare thing among games published by the big publishers: each expansion and, now, the season pass, has been done out of a genuine desire to continue to build onto the game, rather than simply throwing more content at players, so it is perhaps unsurprising that the entire game comes across as both genuine and authentic… and why this is one of the few season passes I haven’t minded investing in (on multiple platforms, no less).

I still want to see an expansion that brings the native Japanese (Ainu) civilisation, though. Just in case there is more to come, Firaxis, you should know that you’ll find the Ainu to be a fascinating challenge.