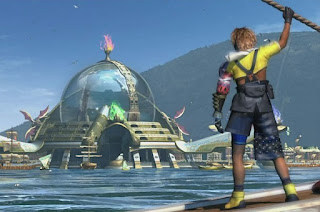 Final Fantasy X turns 20 years old this year (yes, I do feel old now). Over that time it has been frequently re-released – originally exclusive to the PlayStation 2, you can now play it on your PlayStation 3, 4, Vita, Nintendo Switch, PC, and probably a few other platforms I’ve forgotten about. It’s one of those ubiquitous JRPGs that even casual fans of the genre have some kind of experience with, and to go with that, there have been many, many articles written about the game. From reviews and criticism through to philosophical essays, there has been plenty to unpack with regards to a narrative and experience that is often surprisingly dense and intelligent.

I’m going to discuss an angle that, to the best of my knowledge, hasn’t been explored with regards to Final Fantasy X. I’m going to discuss it as a work in the Gothic tradition. Final Fantasy X is obviously not Gothic horror (though there’s more than a bit of nuance to that, which I’ll get to). We often associate the word “Gothic” with vampires and the undead, but the truth is that the genre is more complex than that and thematically, Final Fantasy X shares more than a passing association with that literary tradition.

The true core of the Gothic is not the blood-suckers and lightning-powered monsters, risen from the dead. Rather, that’s a manifestation of a core concept called the sublime. A useful summary of what the sublime represents can be found here, but the key quote in relation to this piece is: 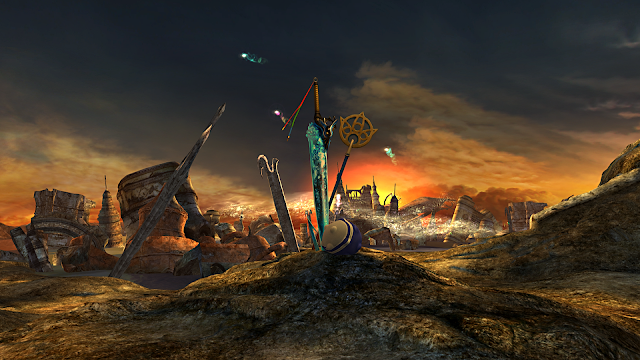 “Gothic literature is a combination of horror fiction and Romantic thought; Romantic thought encompasses awe toward nature. Essentially, Romanticism is a reaction against the Enlightenment, a time that revolutionized scientific thought, and emphasizes emotional response and intuition over clinical knowledge. Romantic literature elicits personal pleasure from natural beauty, and Gothic fiction takes this aesthetic reaction and subverts it by creating delight and confusion from terror. This use of terror is called the sublime, which is an important tool in these narratives. Examples of Gothic literature range from dark romances to supernatural mysteries.”

Again, we’ll get to the “horror” mentioned there shortly, but first, we’ll address the second half of that statement: The idea that the Gothic takes the Romantic ideal of pleasure in beauty, and subverts it. To apply that to Final Fantasy X, we will first make a comparison to Matthew Lewis’ The Monk.

One of the earliest and most influential entries into the Gothic genre, The Monk is an angry book, and the source of its anger is organised religion. Lewis’ subversion comes when he presents the majesty of the church – its soaring architecture, designed to lift the spirit of parishioners through sheer awe – as well as highlighting the role that the priests have in providing moral and spiritual guidance to their people. Lewis then shows a truly seedy, dark underbelly and hypocrisy to this, as the “superstar” priest at the centre of the plot begins to copulate with demons and rape the innocent. 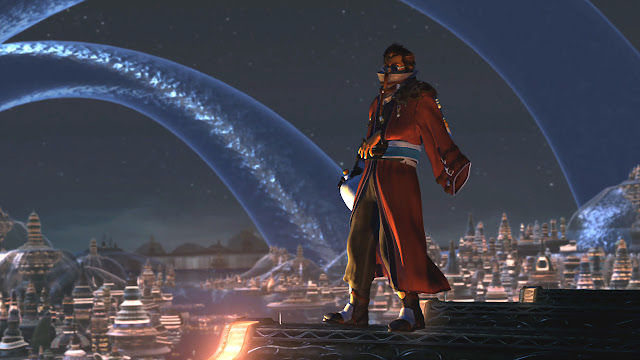 As Lewis writes of one of the book’s heroes, fighting against this: “His good sense had pointed out to him the artifices of the monks, and the gross absurdity of their miracles, wonders, and suppositious relics. He blushed to see his countrymen, the dupes of deceptions, so ridiculous, and only wished for an opportunity to free them from their monkish fetters. That opportunity, so long desired in vain, was at length presented to him. He resolved not to let it slip, but to set before the people, in glaring colours, how enormous were the abuses but too frequently practised in monasteries, and how unjustly public esteem was bestowed indiscriminately upon all who wore a religious habit. He longed for the moment destined to unmask the hypocrites, and convince his countrymen, that a sanctified exterior does not always hide a virtuous heart.”

By now, for anyone who has played Final Fantasy X, the parallels should be obvious. The main organised religion in FFX’s world is Yevon, and those that administer the religion are heroes and celebrities, whether it be the summoners that go on pilgrimages to defeat the (literal) Sin – a hulking boss that returns to plague the world every few generations – or “high summoners” such as Seymour, who reside in soaring cathedral-like buildings at the heart of every community, and seem to hold greater political sway than the (largely absent) political establishment itself.

Of course, all of this is compromised by the hubris and hypocrisy of the religious establishment. Seymour attempts to force Yuna – the summoner that’s the heart of the player party – to marry him, and later on commits an act of genocide in a bid to further his ambitions to become Sin. As protagonist, Tidus, soliloquises after one particularly affecting event: “We escaped with our skins intact, but Yuna lost something. I could already tell, her faith was shaken. Yevon had betrayed her. I felt like I should do or say something—anything… But nothing came. I was just as lost as she was.” 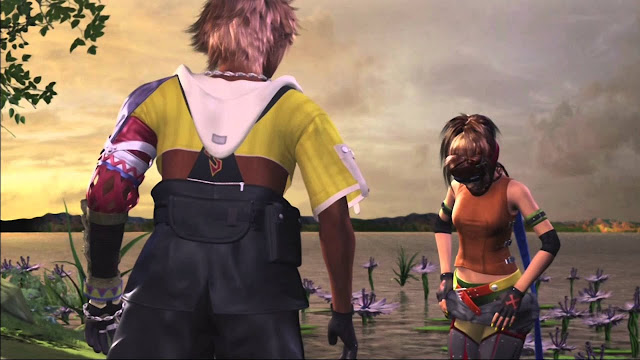 Ultimately Final Fantasy X draws a line between religion and organised religion. On the idea of having faith, the game is neutral and allows that communities can be strengthened by it. This, too, is where Lewis drew the line in his own book. Unlike a writer like Marquis De Sade, whose punishment to religion through his writing was to the very idea of religion, Lewis, and other Gothic writers that subvert or question the church, still allow for the engagement with religion itself. Nonetheless, this subversion of Lewis and Final Fantasy X certainly qualifies as “the sublime,” in the way that these works take the beauty, majesty, and romanticism of religious buildings, and the purity (and beauty) of the experience that people are meant to have with their God, and subverts it, in such a way that is deeply unsettling and not just a touch nihilistic – everything you (and the characters in the stories) knew is thrown in the air, and you’re left wondering at the point of it all.

Of course, the reason that Final Fantasy X isn’t generally called a “Gothic” text is that it lacks the overt sense of horror, as we generally see the Gothic in a frame of horror and texts like Dracula and Frankenstein. Horror, in video games, is generally narrowly defined: it needs to have the ugly monsters, the dark visuals, and the jump scares. To address this (because while it is the common understanding of horror in games, it is a limited understand of it) we need to look to Stephen King, who defined three “types” of horror, of which the video game developers (and community) are comfortable working in two, but rarely acknowledge the third: 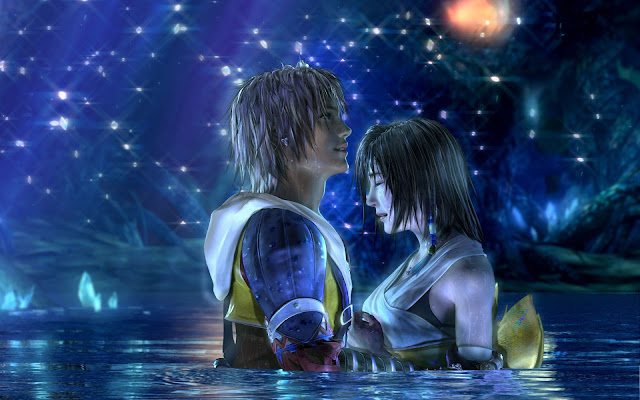 I would argue that while Final Fantasy X is, of course, not Resident Evil, Silent Hill, or Alien: Isolation, it nonetheless, at a thematic level, has an element of that elusive third kind of horror: There is a terror in learning that the most powerful religious body is so decadent that it’s exploiting and manipulating the entire population, and sending people to their deaths. There’s terror in coming across Seymour to discover that he’s gone insane and murdered an entire race of people. Final Fantasy X might not have the jump scares or grotesque horror, but then neither do many great Gothic works. Emily Bronte’s Wuthering Heights is considered to be one of the finest Gothic novels, and yet it doesn’t feature a single monster or jump scare. Actually, more accurately, it doesn’t feature a single “ugly” monster. Heathcliff is human, and not overly scary, but most decidedly a terrifying monster.

No. There’s more to the Gothic than creating a visceral reaction of fear. The Gothic sublime is more about creating that unsettling sense that everything you know and trust can no longer be known nor trusted. Final Fantasy X, as a broad criticism of organised religion, much like Matthew Lewis with The Monk, achieves just that.

Introducing the start of what will be Dee Dee 2.0

Bravely Default 2: Why I love this retro-themed JRPG