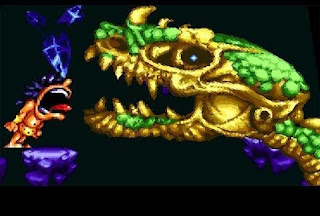 News by Matt S.
“Fans” are never going to be happy with Nintendo’s approach to retro games and the Nintendo Switch. It’s still locked at the NES and SNES, and we’re only getting a couple of new titles every other month or so. With that being said, the four games in the next drop are pretty decent, overall.

There’s Prehistorik Man, for a start, and that’s one of the better “forgotten” platformers of yesteryear. On top of that, as long as you’ve got an active Nintendo Online subscription, you’ll be able to play Doomsday Warrior, a brawler thing, Psycho Dream, which is a surrealistic little action platformer, and Fire ‘n Ice, which is a cute little puzzle game.

All four of these are obscure enough that a lot of people will be playing them for the first time, and isn’t that the best kind of retro game service? The chance to discover something new? I’d love for there to be Chrono Trigger and Final Fantasy IV and VI on there too, and I’d love to see Nintendo expand it to also give players Game Boy/GBA/N64 and Gamecube game, but in and of itself, this is a neat boost in the retro library for Switch owners.

The new games land on February 14.