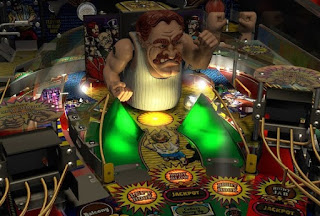 Zen Studios’ Pinball FX has been one of my go-to game series for a long time now. From as far back as one of the earliest releases on the Nintendo 3DS eShop, I’ve been playing just about everything Zen throws out there, and as a big-time pinball fan, the ever-expanding library of tables has kept me coming back. Short of owning an arcade full of actual pinball tables, it just doesn’t get better than this.

It was inevitable that this was going to happen, but it is nice to have it confirmed; Zen Studios has announced that a new, “next-generation” version of Pinball FX is in development. It will release this year, and while we don’t have specifics just yet, we are promised new features and ways to play:

Zen’s most ambitious pinball project to date, Pinball FX will introduce Pinball Royale, a frantically exciting multiplayer action mode incorporating battle royale-style gameplay. The game will also feature a new Career mode, challenge modes, a clan system, enhanced visuals and more. Leagues, tournaments and competitive play have been retooled to bring the community together in unique ways, and live events and seasonal content will mean there’s always something new going on. In addition, Zen will introduce original tables featuring brand-new intellectual properties, which will be revealed in the future.


Even more than the new multiplayer features, the “new IPs” bit is what has me most interested. Zen has done a brilliant job in working with some of the biggest properties out there, from Family Guy and The Walking Dead through to Aliens, Star Wars, Marvel and more. I’m hoping that the next wave of partnerships goes in a different direction (Hatsune Miku pinball please), but I have faith that Zen will find us some exciting new things to enjoy.

As soon as we have some more news to share, we will!

Bowser’s Fury: Why I love this game (and Super Mario 3D World)