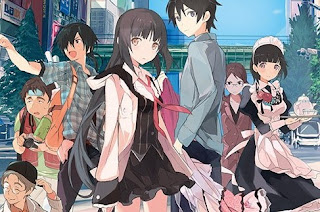 Akiba’s Trip is back (on March 20 in Japan and TBA 2021 in the west), and it’s looking like it’ll be good fun. While these games will never threaten to win game of the year awards, they are a good time and make for a fun satire of everything to do with Akihabara nerd culture.

This new one is a remake of the original Akiba’s Trip, which was released on the PSP way back in 2012. This new trailer is a snippet of dialogue and in Japanese, so it’s not the most exciting trailer ever made, but it does show the huge facelift the game has had for this remake.

The game will be available on Nintendo Switch, PlayStation 4 (for now, at least), an PC. No doubt we’ll be getting that western release date soon.

Review: Her Love in the Force (Nintendo Switch)