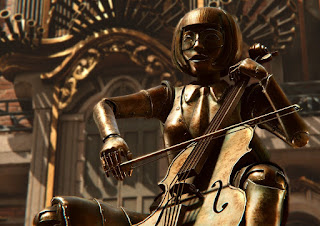 The Syberia series has been one of the most enduring and reliable point-and-click adventure properties in gaming history. The first one was released way back in 2002, and the third was launched in 2017. It’s not the most rapid series of releases, perhaps, but the fourth has been turned around quickly, and is just around the corner.

Titled Syberia: The World Before, the game will be released in 2021, but you can play a bit of it now, with the prologue available on Steam as a free demo. The very early response from the community has been quite positive, which is good to see.

This one promises some kind of time-hopping plot, giving you control of Dana Roze, a 17-year old girl living in 1937, just before the outbreak of the second world war, and then also series mainstay Kate Walker, who has now been imprisoned in a salt mine.
Intriguing, no? Grab the demo and get a feel for the game before it lands next year.

Pikmin 3: Deluxe – Why I love this game