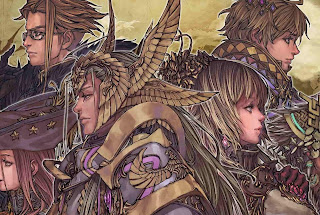 One of our favourite games of the year came out of nowhere. Happinet decided to revive Brigandine, a somewhat forgotten “classic” from the PlayStation 1 era for the modern audience. Sporting a new narrative and some truly gorgeous art, it greatly impressed us on its original release on Nintendo Switch. Now it’s coming to the PlayStation 4, and, if the Gods are kind, it will find itself an expanded audience.

Related reading: Catch our review of the Switch release of the game here.

Ahead of that PlayStation 4 release, I had the opportunity to fire off some quick questions to the producer and game designer behind this new Brigandine, Igarashi Kazuhiro. We chatted about what inspired him to take a new look at the game, what his goals were for it, and what kind of future he sees in the series.

Matt S: What was the inspiration behind remaking such a niche game from the PlayStation 1 era?
Kazuhiro I: For background on the Brigandine franchise, the first instalment, Brigandine: The Legend of Forsena, was released 22 years ago in 1998 on PlayStation 1 by Hearty Robin (E3 STAFF), a subsidiary of Happinet. This also happened to be the same year I began working at Happinet. I had hoped to one day join the development team, but unfortunately, the E3 STAFF team was disbanded before my dream became a reality.

After that, I spent some time working in marketing, and about ten years ago we were finally able to reopen the game development department. After the team and I spent a few years gaining experience as developers, we decided to revive the Brigandine franchise with a new game.

Looking back at all that, rather than saying we were inspired into making a new game, I think a more accurate description would be that we took nearly 20 years to restart the franchise!

Matt S: I absolutely loved the art in this game – what was the decision behind the aesthetic and what effect were you aiming for?
Kazuhiro I: I had a clear image of the art style I wanted for the game right from the very beginning.

The majority of recent Japanese fantasy games lean toward anime-style visuals, or have futuristic elements mixed into the world view. What I wanted for Runersia was a classic and traditional fantasy world.

Most importantly of all, I wanted a style that could engage and awaken the player’s imagination. When playing this game, players have plenty of room for exercising their creative imaginations. For example, which country will you designate as your rival? How will you advance your troops? Which battle will turn the tides and change the world forever? These decisions are all left entirely up to the player. 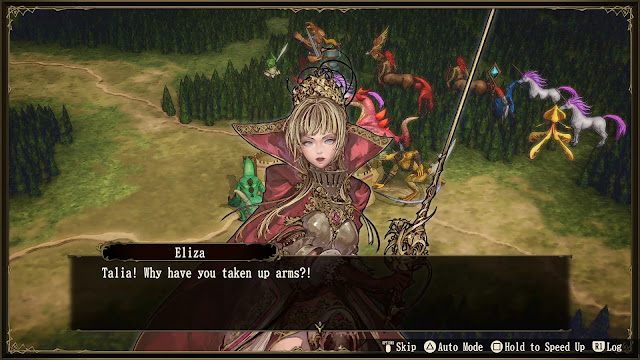 Since Brigandine is a game of personal make-believe in a sense, we decided right from the start that we needed an art style that could engage and stimulate the players’ imaginations.

The artist with a style closest to what I had in mind was none other than Mr. Raita Kazama, so I contacted him directly and that was how we ended up working together on Brigandine.

Matt D: Strategy games are a tough proposition – if they’re too simple, people find them too shallow. If they’re too complex they can be unapproachable. How did you address the challenge with Brigandine?
Kazuhiro I: This was definitely tough to decide! The difficulty of the game was a huge focus during development.

Looking at the feedback given by those who have played the Switch version, you’ll see that comments range from, “Even Easy mode is too difficult!” to, “Even Hard mode is too easy!”

We balanced the game difficulty around the following ideas:

– Make Easy mode so easy, even keeping the game on auto mode basically ensures victory.
– Make Hard mode the most suitable difficulty for players with some level of skill.
– For players seeking the toughest challenge they can find, add plenty of post-game elements and also the Challenge mode.

However, when the game was released, the feedback was surprisingly split and we received requests to make the game both easier and harder at the same time. 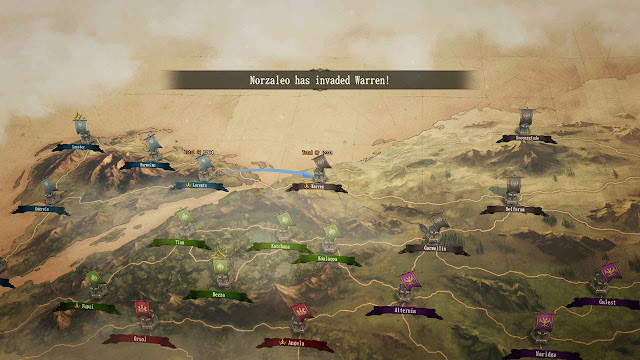 We’re currently making adjustments to the game that will hopefully satisfy both sides, so keep your eyes peeled for more information about that further down the line!

Matt S: The focus of this game is very much on the tactical battles and the depth and complexities there. Is there a reason that you streamlined the “grand” strategy part of the game?
Kazuhiro I: Both hexagon-based tactical games and nation conquest grand strategy games make up part of my gaming roots. I simply appreciate nation conquest grand strategy games.

Sadly, there are very few games of this genre in Japan right now since various war strategy simulation games have also moved to smartphone apps and are designed around pay-to-win elements.

I thought to myself, if a full-fledged nation conquest type of strategy game in a fantasy world where players can take their time to come up with strategies doesn’t exist on consoles yet, then I’ll make one myself!

Matt S: Were you happy with how players responded to the Nintendo Switch release – did anything about the player’s response surprise you?
Kazuhiro I: When the game was first announced for the Switch, most reactions were of disbelief, and hardcore fans even made comments like, “I can’t die until I play it!” Honestly, that touched me and made me feel like I couldn’t die until the game was released as well!

After the release, we continued to receive support and feedback from the fans, for which I am most grateful.

Every game has its own set of controversies, and every piece of feedback from those who have played the game, whether positive or negative, is valuable to us. I consider the developer and buyer as equals, in the sense that the opinion of a customer should hold the same weight as the opinion of a developer. That’s why the development team and myself strive to read all comments made by the players. 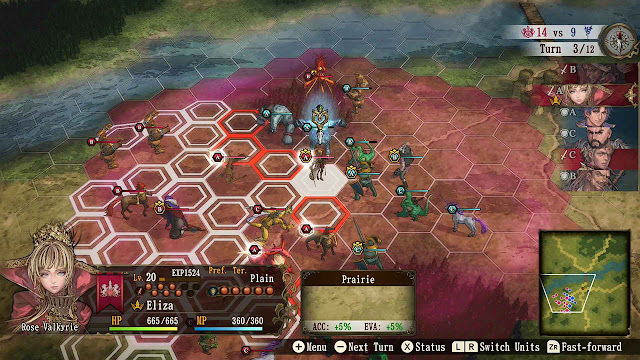 I have to say, among all the feedback we’ve received, we were surprised by the constructive and in-depth feedback by players in North America because those responses helped us to improve the game today.

Matt S: Was there a reason that you left multiplayer out of the game? I would think people would love playing this competitively!
Kazuhiro I: To be honest, it was purely a budget issue. I actually did include a multi-player mode in my original proposal. It’s just that I realised not many people would enjoy playing a multi-player nation conquest strategy game offline, so what I proposed was an online PvP mode with just the battlefield portion of the game.

Developing and implementing a mode like that would take quite a hefty chunk of change, which would have meant cutting out certain parts of the single-player mode as a tradeoff.

So what was the best solution? My ultimate decision as a producer and game designer was to fully focus on building an enjoyable single-player game first.

It’s not that we didn’t want to include multi-player elements in the game, but that we couldn’t at the time, but we’re still hoping that we can implement it one day!

Matt S: Was it difficult to balance so many different monsters and characters? Do you have a personal favourite?
Kazuhiro I: Fine-tuning the game balance was of the utmost importance to us.

It wasn’t terribly hard to give the many knights and monsters in the game unique classes or skills, or to keep a certain balance between those units to ensure their harmonious co-existence. 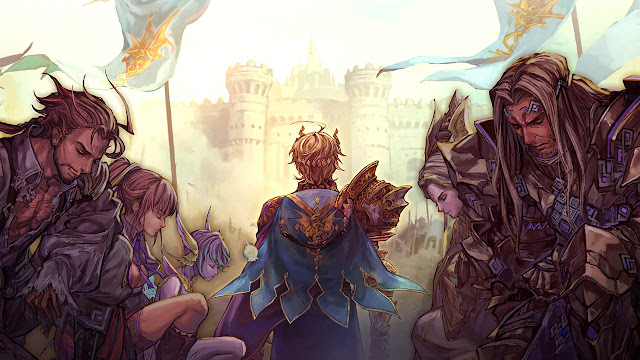 The most difficult, and most important part was to create an environment capable of sparking off countless exciting possibilities on top of this balance.

For example, players can produce a character or unit that feels “too powerful” on the battlefield that stops just short of causing the balance to collapse completely.

They can do this not by levelling up units, but by using some creativity to set up skills and balance out the field in a way that can turn the tide of the battle.

Matt S: The game has a deep narrative – what was your team’s goals with the story – were there any particular key themes that you think shine through most strongly?
Kazuhiro I: Yes, there were a few key themes.

First of all, the context was to be a traditional fantasy. Luckily, this is the forte of our scriptwriter, Mr. Kenji Terada (Final Fantasy I to III, etc.), whom we had the honour of working with on this game. 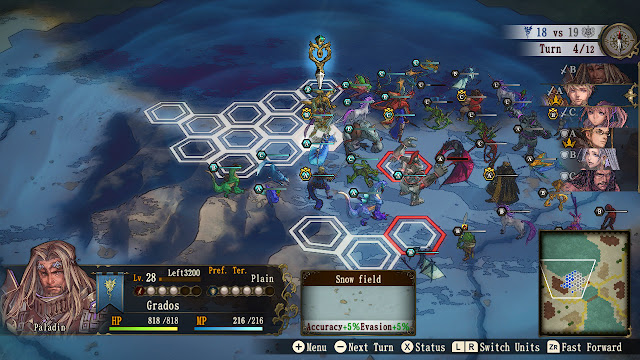 Unlike regular RPGs, the story for this game simply serves as the backbone of the player’s battles. Essentially, the way the story progresses and when you battle against someone depends very much on how each player’s game unfolds. In that sense, you could say that the story plays a supporting role to the player’s game.

Matt S: Do you see this growing into a series from here? Are there ideas that were left on the cutting-room floor that might be implemented into a second game?
Kazuhiro I: Yes! We want to keep bringing new and enjoyable experiences to the players.

We have a few ideas for some areas, including game design, systems, game modes, scenarios, art, music, etc. These ideas can either be implemented in updates, or if circumstances permit, in a new game to come!

Whatever the case, it took 20 years for the Brigandine franchise to be restarted, so I would really like to continue developing it. With all of your support, I believe this can definitely become a reality.

Matt S: Finally, what are some of the most interesting games you’ve seen recently?
Kazuhiro I: There are definitely a lot of interesting games to play and follow nowadays, but I don’t have a particular favourite to highlight. I am however working hard to bringing the game onto PS4 on December 10, so looking forward to PlayStation players to get their hands on Brigandine: The Legend of Runersia by then!