Following the news of Frogwares battles with its former publisher over money and game rights, the least I can do is promote the developer’s upcoming game – and its Sherlock Holmes series has been a favourite of mine for many years. The next in the series, Sherlock Holmes: Chapter One, is set to launch next year for PC (via Steam, Epic, GOG), PlayStation 4, PlayStation 4, Xbox One, and Xbox Series X. So basically, if you own either a PC or a console that isn’t made by Nintendo, you’re good to go. It will also be published by Frogwares, removing the middleman. The developer/publisher recently released two videos, a new trailer and a developer overview video. Take a look at both:

With those two new videos, loads of new details have come to light. The main story will take about 15 hours to finish, but a completionist play through will take closer to 30 or 40 hours. There are five main quests and thirty side quests, each with a moral choice included. How the main quests are played will be familiar to anyone who has played a recent title from the series: you’ll have to find and interpret clues and find enough evidence to pin the crime on one of many suspects. You’ll then decide the fate of the alleged criminal, but keep in mind that justice can be a bit twisted at the best of times.

There is only combat when absolutely necessary, so players can’t just wander the streets shooting anybody. Sherlock is young and agile, ready to evade hits or make them. Killing, however, will have consequences. The most interesting thing I’ve learned from the recent videos is the ability to restore and decorate Sherlock’s childhood mansion. I never expected home decor and Sherlock Holmes to come together, but here we are.

Currently available for PC and Nintendo Switch (launched in December 2018), Katamari Damacy Reroll will be rolling its way to PlayStation 4 and Xbox One. At least, in Japan; fingers crossed it launches worldwide soon enough because I’ve been dying to get my hands on it. It will launch for both systems on November 19. The PlayStation 4 version will be available physically and digitally, whereas the Xbox One version will only be available digitally. 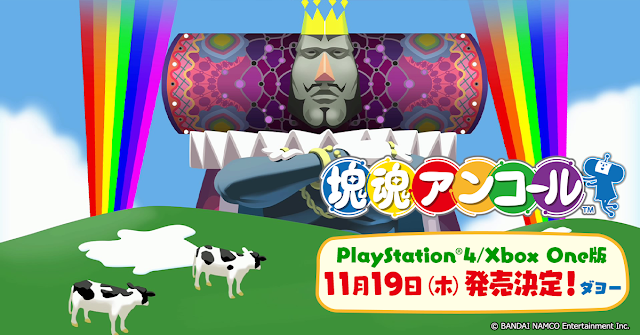 The game is a remaster of Katamari Damacy, which originally launched for PlayStation 2 in 2004. Since then, there have been several sequels, but nothing new in years save for a couple sub-par mobile games. That’s why Katamari Damacy Reroll is like a breath of warm spring air after spending a long, cold winter indoors: fans really missed it, period. In terms of updates from the original, Reroll has updated graphics and recreated cutscenes, and is in full HD. The King of All Cosmos accidentally destroy all the stars in the sky. As his pint-size prince, you’ll need to put those stars back up by rolling up a bunch of stuff. Simple, strange, and quite effective.

I’m not the only one at DDnet that loves the Katamari Games. Our editor-in-chief scored it five stars in his review for the Nintendo Switch version, concluding, “There is nothing like Katamari Damacy out there. The original came out with the PlayStation 2, and since then other developers have either been too terrified to try and put their spin on it, or had too much respect for how brilliant it is to even try. It obviously very niche, and as with any other example of surrealism, a lot of people are going to completely miss the appeal of Katamari Damacy Reroll. Polarising as it might be, it’s something everyone should try, because it’s also the perfect example of how games can be used to a genuinely artistic outcome.”

The Signifier coming to PC this October, consoles in 2021

The Signifier is described as a tech-noir mystery adventure game; it is made by Chilean developer Playmestudio and published by Raw Fury. And we now know when to expect it. The game will be launched for PC (via Steam and various other digital storefronts) on October 15. Console owners hopefully won’t need to wait too long to play, as The Signifier is set to come to both PlayStation 4 and Xbox One early next year. Here’s a new video walkthrough from the creators:

Players become Frederick Russell, an AI/psychology expert, in a game that blends investigation with those two subjects. Russell is the primary researched behind a deep brain scanner, the Dreamwalker. It’s controversial at best, and allows for exploration of the recorded senses and subconscious corners of the human mind. Russell is asked to delve into the world of murder as he is asked to use the Dreamwalker to solve the untimely demise of a major tech company’s vice president.

There are three dimensions to explore: reality, objective memories, and subjective dreams. Move between the realms and solve puzzle to unlock dialogue branches and eventually solve the mystery. What begins as a relatively simple narrative soon becomes a complex web. The player will learn psychological concepts to navigate the unconsciousness, and the game questions themes such as the implications of AI, consciousness intrusion, privacy, and subjective memory versus reality.

Developed by Midgar Studios, Edge of Eternity is a Japanese-inspired RPG. It’s currently available on Steam via Early Access, but is set for a full launch next (Northern) spring. Up until then, the Early Access version will received three new chapters. At launch, in addition to be available on PC, the game will come to PlayStation 4 and Xbox One. A physical edition will be available exclusively for the PlayStation 4, and is now available for pre-order at American retailers. 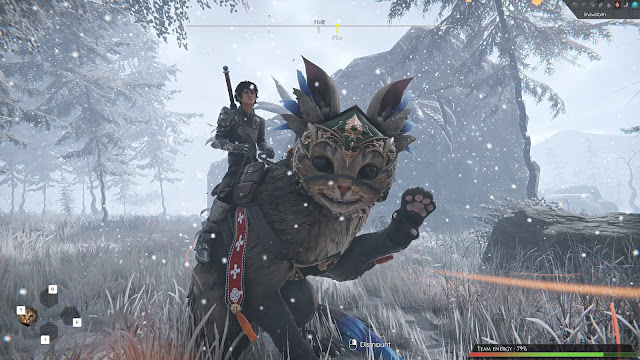 One look at the game tells me just about all I need to know about its inspiration; however, the question remains… will Edge of Eternity be as good as the games it clearly aspires to be? The citizens of Heryon are at war against a mysterious invader. After it continues to grow for some time, a new threat emerges. The story follows Daryon and Seven in the quest the find a cure for the all-consuming Corrosion.

The developer promises “a unique and grand tale of hope and sacrifice.” Aside from the two protagonists, several companions will join your party, each with unique skills. There are often multiple ways to approach quests, meaning it won’t be the same for everyone based on the choices made. The battles are all turn-based, which makes my heart flutter, and the combat system should be deep and strategic.

Pathfinder: Kingmaker – Why I love this game