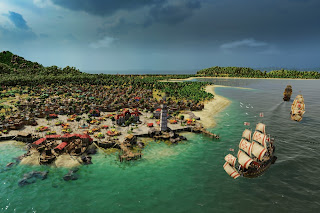 I’m reading a book on Simón Bolívar at the moment – his addition to Civilization VI caught my attention, and while I’m reading it slowly as I’ve got a million other things to do, I am finding it fascinating. It’s fascinating because while we all know vaguely that the colonial powers of Spain, France, England and the Netherlands were not exactly benign influences in the Caribbean and what is today north South America, Central America and south USA, the depths of what went on isn’t something that we generally think about. Or at least that’s the case here in Australia. I’m a fairly well-read guy, and I didn’t even know of Bolívar’s existence until Civilization, for example. The histories of the Americas are a blind spot to me precisely because it’s not a topic that’s broached in our common discourse or education system.

Anyway. The reason I bring it up is that Bolívar’s story, the stories of what happened to the people of those colonies and islands, and what inspired him to rise up to become a Napoleon-like figure, are all very powerful stories about the horrid impact of colonialism, all so some European powers could exploit some of the abundant resources. It is not something that Port Royale 4 offers anything more than the most passing of nods to. Now, I really like Port Royale. It’s been a long drink since the last one, but I spent many, many hours playing Port Royale 3 on PlayStation 3 and have been looking forward to this new one for quite some time. The developers have done a great job of capturing all the drama and exotic excitement of the Caribbean oceans and start-up townships of the time. You get to fight pirates (or become a privateer, engaging in piracy for king and country). You need to carefully monitor your relationships with each of the four colonial powers. You get to set up shipping routes for all the good stuff – sugar, tobacco, coffee (especially coffee) – and reap massive profits from being good at the basic principle of “buy low, sell high.”

You’ll also get to manage towns, building facilities that create goods, attracting people to the town, and then making sure they’re happy by providing them with hospitals and churches and things. And then you’ll set back out to sea, only to run into a massive storm and need to hobble your boat back into port for expensive repairs.
Port Royale 4 is a gorgeous mix of Ubisoft’s Anno series (as far as city building goes), low-level (but engaging) trading simulator, and a surprisingly nuanced turn-based tactics action for the battles. It offers full campaigns of all four of the colonial powers, in which you’ll be set an ongoing series of objectives to meet by a certain point in time, as well as a sandbox mode where you can set out and make your fortune on your own initiative. There’s a real eye for detail that has gone into the game, and that’s why it’s fascinating that at no point does the game engage with the nasties of colonialism on any meaningful level. I do appreciate that it’s an uncomfortable topic and difficult to handle, but simply ignoring that happened and the impact that it had on every economic, political and structural system in the region of the time is not the way to go about it, either. Port Royale 4 does come across as perpetuating a kind of exoticism, and it’s unfortunately inauthentic as a consequence.
With all of that being said, I can’t stop playing this game, because it is compelling, finely-tuned, and highly accessible stuff. First of all, it does capture the exotic in a good way too – Port Royale 4 is absolutely stunning, with its glistening water effects, intricate ship designs, and spot-on architecture aesthetic in the town. It’s a pity you can’t zoom all the way in for an “on foot” view of the world and trading empire that you’re building up, because those aesthetics will make you feel the blistering humidity of the region. Stuck in a decidedly non-tropical climate as I am in 2020, that’s a bit of escapism that I have appreciated. The only downside to the stunning visual engine is that it briefly turns my PlayStation 4 Pro into a competitor with my air conditioner for the most ear-shattering fan noise when it loads the world up for the first time each play (it’s a big part of the world that the developers have rendered, and it does need to render the lot of it with each play).
For a game that’s juggling a lot of balls – from establishing shipping routes, to carefully designing towns to maximise both productivity and contentedness, and tackling the threat of pirates, Port Royale 4 is surprisingly accessible. In comparison to a game like Europa Universalis or Crusader Kings, where the economic systems at play are unwieldy to the point of being overwhelming, Port Royale keeps things simple, with some nice visual sliders highlighting the demand for a good in any given city, giving you the information you need at a glance to determine whether you want to trade or hold on to your goods. 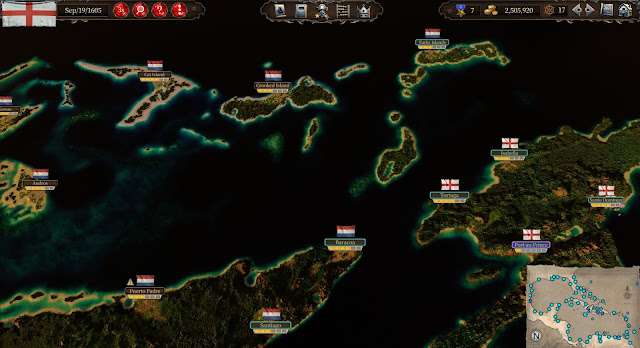 Meanwhile, ship-to-ship combat involves everything that you’d expect it to. There’s the slow turning arcs of the ships of the time to contend with, through to the relative strengths of those ships being determined by everything from captain’s brilliance to number of crew and cannons (and there are boarding and melee mechanics, too). Despite this, the tactical action is clean, logical, and the game teaches you everything you need to know in the span of a single five-minute tutorial.
Building cities is similarly deep, but mechanically accessible thanks to the development energy placed into getting the user experience right. Each building has an impact (possibly positive, possibly negative) on the buildings around it, and the game helpfully pops up a colour gradient to show you whether that new building that you’re looking to construct will be in a good spot, or potentially drag down the quality of the facilities around it. It’s a challenging puzzle to sort through at times because space is at a premium in each city and there are a lot of possible buildings available, but you’ll never struggle to understand the impact of the decisions that you make, and that is key for any simulator or strategy game.
Finally, there is diplomacy to deal with, and you’ll want to curry favour with your own nation’s regional leader because by doing so they’ll hand management of more cities over to you, meaning that you can better co-ordinate the production and trade of resources to your great profit. It’s quite easy to understand what you need to do to achieve this, though that’s not to say meeting the objectives set to you are particularly easy in themselves. 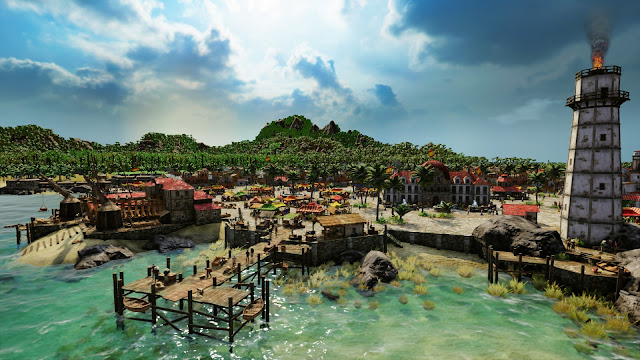 Port Royale 4 is the sum of easy-to-understand systems, making it entirely accessible, but it’s not necessarily easy, and that’s an important distinction. You’ll still be challenged by what seems to be an endless stream of competing demands on your time and resources, while lacking the resources to do anything about them. It’s very easy for ships to get destroyed or captured (if not by pirates, then storms are very good at sinking boats), and you even need to consider the air currents and wind direction, because ships that sail slowly against the wind (or through areas of no wind at all) are investments that are inefficient in making you money. There are pages and pages of data to cycle through, if you want to get into the micromanagement of your empire, or you can sit back, make the major decisions, and then only get hands-on when things go wrong (and assuredly, no matter how well you plan, things will go wrong). There are areas where I think the game would have done well for itself to be a little deeper – modelling the black markets and contraband sales, for example, or engaging with the impact of colonialism as I mentioned earlier – but developer, Gaming Minds (who have previously produced the likes of Railway Empire, Grand Ages Medieval, and the recently-released Immortal Realms) specialises in highly accessible experiences, and that is exactly what it has delivered here.
The mark of any great simulator or strategy game is if it encourages emergent storytelling – if you care enough about what you’re doing for it to form little stories in your head. Port Royale 4 did that for me. From my obsession with becoming a global coffee baron, through to the nightmare armada of pirates I built up that would surely have terrified every boat or town that saw it bearing down on them, Port Royale has the flexibility, complexity and visual splendour that you will want to take it, and play it on your own terms, using your own strategies. That the game allows you to do that while remaining accessible to complete beginners is all the more impressive.