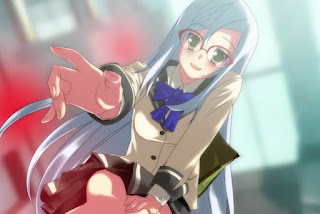 I’ve never played Misshitsu no Sacrifice, a Japanese-only PSP “suspense adventure game,” but it looks great. Thankfully for me, D3 Publisher is about to make it much easier to experience, teaming up with developer Intense to announce a remake (western translation of its name and all), Sacrifice of the Abyss, for Nintendo Switch, and PC (Steam).

The game will be available in English, Japanese and Chinese, though the voice overs will be Japanese-only. We’re being promised a “fusion of suspense adventure and escape game,” so you should probably expect something in the vein of Virtue’s Last Reward. D3 Publisher is also claiming a “high degree of difficulty” to the puzzles, and a non-linear narrative in which you can experience each of the stories of five girls in a different order, with your decisions and actions having an impact on who lives and who dies.

As per the media release: Stages unfold for each character. Depending on the order you play each stage, the content and ending of even stages with the same name will change. And the results may mean life or death for the girl… The girls will overcome numerous despair in search of hope. What truth awaits them?

Sounds good, right? This one will launch on December 17.

Want to write or make videos about games? Come join the DDNet team!