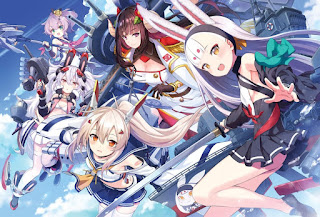 Idea Factory’s Azur Lane: Crosswave, the 3D SHMUP about naval battles (with the ships being replaced by leggy, big-chested girls) is coming to Nintendo Switch in 2021.

Related reading: Our review of Azur Lane on the PlayStation 4.
This was already a pretty chunky game, but Idea Factory have announced a couple of additional bonuses to Switch owners. Some additional characters that were previously DLC, additional story material for each, and an improved photo mode that will allow you to take some dynamic shots.

This kind of game is ideal for a Switch port. The combat arenas are small (so it should strain the Switch hardware too much), and battles are fast, furious, and over pretty quickly (making it ideal for pick-up-and-play action.

I’ll certainly give the game another whirl on the Switch. I’m not a big fan of SHMUPs generally, but the cute girls certainly helped make this one palatable to me.
– Matt S.