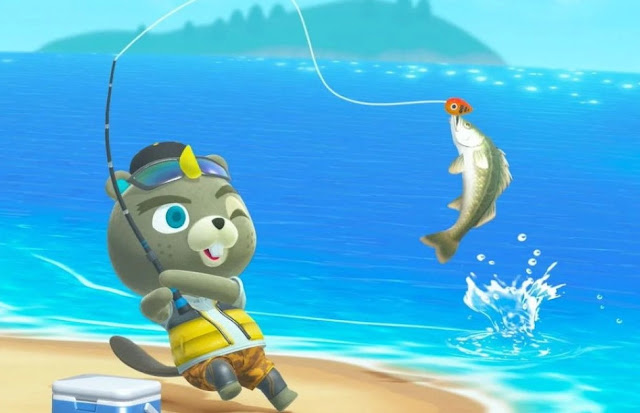 There’s a great piece over at Gamasutra, titled “are platforms devaluing games to gain market share?” It looks at how, between free game giveaways by the likes of the Epic Game Store, and subscription-based services such as what Microsoft’s doing, people are accumulating more games that they’re not playing, which has the effect of firstly discouraging additional purchasing and, secondly, dramatically dropping the price at which people are willing to pay for games.

It’s a topic I’ve talked about at length in the past; if you give the audience enough stuff “free” or “heavily discounted after one week of being on sale” then that becomes exactly they expect to pay for the game. This process is generally referred to as “consumer conditioning” as an extension on classical conditioning theory which literally refers to learning through repetition. You tell consumers often enough that your product is good when it’s free, then consumers adjust their perceptions of what your product is “worth.” Who benefits? The platform holders who, you may have noticed, don’t make the bulk of the games that you play. Some of them (hi, Valve), barely make any games at all, and therefore they don’t care one whit about whether games are actually profitable for developers. Games are profitable for them when more people are on their systems. Reducing the perceived value of those games, while not good for developers, is actually in their vested interest.

Game developers might see some short-term value from throwing their game on subscription services or discounting to oblivion… but consumer conditioning means that it then becomes harder to sell the next game at that price. And the next. And the next. Suddenly the game developer finds themselves unable to make any meaningful money off the sale of their games because they’ve discounted or subscription-serviced themselves to the point that not enough people see their games as being worth full price.

But all of that is really an aside to this piece. Gamasutra’s article addresses it in far more detail. Instead, what I want to talk about in this piece is how terrible subscriptions are going to be for the artistry of games, because subscriptions are about content. Not art.

Refer back to that Gamasutra piece and look at the number of people highlighted in it as having mammoth (and growing) backlogs of games that they never play. What subscriptions and free games do is shift the “cost analysis” of a consumer away from whether they want to exchange money to play a game to whether they want to exchange time to play the game. We have 24 hours in the day and by the time you pull out everything that humans need to do (work, house maintenance, sleep, family obligations), you’re down to precious little time for hobbies such as gaming. Time is a far more precious resource than the ability to purchase games (especially given sales and subscriptions) for the typical person that counts gaming as a hobby.

This means that game developers are now competing for time, and we see that play out with microtransactions and DLC, too. If you’re not making money from full-priced game sales (because you’ve conditioned consumers to, for the most part, avoid that price point), then you’re going to start trying to make money from them from within the game itself. To make money from microtransactions and DLC, you need people to be playing the game for long periods of time. Ideally, forever. Because they’re not spending money on your game if they’re playing something else instead. What that means, though, is that you also need to adjust the way that your game is built and interacted with in order to facilitate such extended play.

The problem is (putting aside the questionable ethics of certain microtransaction and DLC practices), art is meant to be finite, so now game developers need to make a very real decision between making their game a work of art, and making their game something appropriate for the modern way in which games are sold and interacted with. The core purpose of art is to make some kind of statement or thematic point, and if you’re repeating that point ad nauseam your artwork becomes exhausting. It’s why (good) books finish and Ayn Rand’s Atlas Shrugged is a near-unreadable 1,000-page dirge. It’s why an art gallery is filled with many paintings rather than just endless prints of the same one. It’s why people eventually get sick of certain genres and types of films (and yes, even superhero films will hit their ceiling there).

On the other hand, there are things that are not-art that we love being fundamentally endless. Sports, for example. We want our sporting seasons with our favourite teams to occur every year. Board games and most other forms of play are structured in such a way to be enjoyable an unlimited number of times. And video games that are not-art but rather act as play thrive in these subscription and “low value” environments. You can play a thousand matches of a free-to-play shooter and still enjoy yourself enough to shell out for a new season pass as new cosmetics and weapons and whatever gets thrown into it.

What doesn’t do well in a subscription service or an environment where people have hundreds of games in the backlog are games that are meant to be played, finished, and then moved on from. Those won’t earn the recurring revenue. Those aren’t as attractive for season pass purchases and DLC, if players know there’s an end to them. What that means is that game developers are effectively going to have their arms twisted to fit the new expectations. They’re going to be forced to make their games longer – diluting whatever point their game was meant to make – and they’re going to be forced to focus on the kinds of experiences that do well in such environments; multiplayer features and repetitive play.

Games that are being built as artworks are going to be increasingly consigned to the periphery. They’ll struggle to make the money that they need to, and the platform holders won’t view them as good “fits” for their services because they won’t keep the “hours played” clocks ticking over into perpetuity. Just as we’ve seen streaming services like Netflix and Spotify pull the rug out from the already-struggling independent and arthouse spaces, we’re going to see that exact same thing happen with video games.

The solution is simple in theory but, unfortunately, unlikely; people should pay for the games they play. Rather than have 500 titles in the backlog that were bought on sale or provided thanks to a subscription, people should instead have five games that were paid for in full, before moving on to the next five. Rather than allowing “endless content” of a microtransactions and DLC-loaded free-to-play game be a major selling point, people should seek out something artful and high impact that knows when to wrap things up, even if that’s only a couple of hours long.

The thing is, we’ve all seen the end game of what’s happening to PC and console gaming and we know for a fact that we don’t like it; the mobile games space is (in general) a miserable and artless space where the rare quirky, interesting and valuable game is a passion project that was made by a small team, and is barely more than a momentary blip before it’s forgotten. These projects are certainly not commercially sustainable. If we don’t want that same thing to happen to every video games space, we’re going to have to actively resist the market trends, and, most importantly, not fall for the lure of what the platform holders are casting out. They’re the ones that are really driving this “future of games,” but beneath the pretty words and pretence of it all being “great for the consumer,” just remember: the angler doesn’t actually care for the health of the bait or the fish that they’re trying to land. Those console platform holders are not our friends, and nor are they friends of anything emotive like the arts; in reality, they don’t care one whit about the content they’re throwing around to hook consumers.