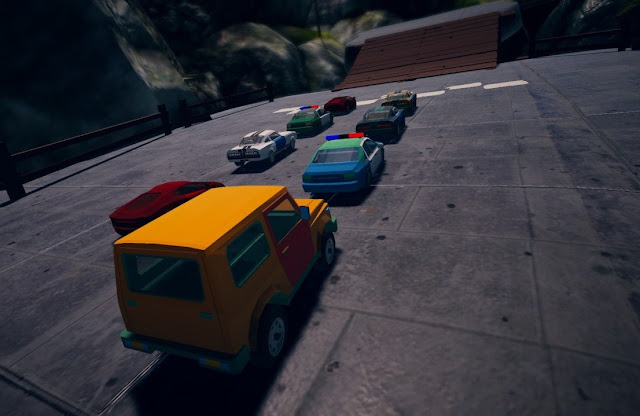 Tiny Racer by IceTorch Interactive is not a great game, nor even a good game. But I’m going to try my best to meet it on its terms, and find some positives as much as I can. If you’re interested in racing games there are dozens of better ones on the Switch, this is very much a genre where you get what you pay for (you can get Tiny Racer for an inoffensive 10 dollars on the eShop). And while the screenshots might make this game look relatively functional, a few seconds of gameplay is more than enough to prove the contrary. But there are some things that I like about it, and in the unlikely chance that there’s an improved sequel on the way I’d like the developers to know that, score aside, I do see potential there.

What the world hasn’t had for a while is a truly good racing game that emulates the fun of driving toy cars around wacky environments. The track design of Tiny Racer is consistently outlandish, with jumps, twists, perilous drops, hairpin turns and obstacles aplenty, but in a less zany way than something like Mario Kart. These are courses that are genuinely fun to zoom around, bouncing about the crests and drops the same way you would have done as a kid with toy cars, careening off a bedside table, doing a lateral turn and sticking the landing onto the bed. That’s not something that we’ve seen in many games – the closest comparison I can make is Burnout Paradise or REKT.

Tiny Racer offers an eclectic array of different cars from a sedan, a sportscar, a Kombi van and more, and even though I can’t tell if the cars have different driving stats, it leans in well to the toy aesthetic. The handling is loose and simple – just a simple accelerate, brake, turn and reset; no drift or any extra complex elements that weigh down the package. In theory, it’d be just a lot of fun to pick up and play, to mess about with and not feel too annoyed when you accidentally drive off a cliff. 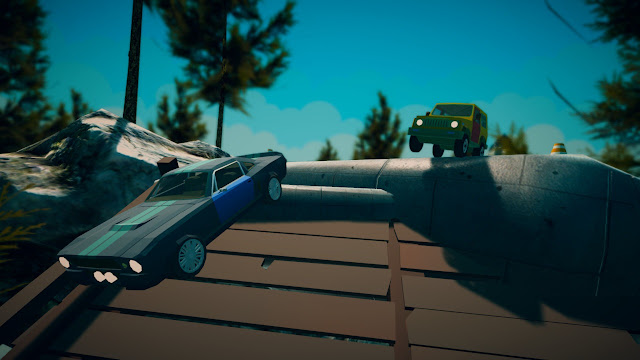 But Tiny Racer is a circuit racing game and not a playground; the ultimate goal is to come first – and that’s where the problems start to arise. The game is broken down into three main modes; tournament, arcade and time trial. There are fifteen courses which need to be unlocked through winning the increasingly difficult tournament cups, and it’s a shame that the more interesting courses are locked behind harder challenges. Almost unreasonably, one of the cups is made up of 9 consecutive courses, which, even though they’re individually quite short, will take around twenty minutes to properly complete.

Physics and collision detection are also fairly wonky, which again is not a problem if you interpret this as a toy car game, but is an absolute deal-breaker if you interpret this as a racing game. I genuinely can’t even describe how many ways the collision system glitches out. At least once a race, my car would suddenly go airborne as if it were a plastic bag caught in an updraft. Usually, this would happen if I hit a traffic cone, which the game loves scattering about its levels. At other times, a jagged piece of environment would either send me off course or stop me altogether. If you want to come first in this game, you’re often fighting a physics system that can’t even decide if it wants you on the road.

It makes sense that the developers conveniently mapped the reset car button to the right trigger – you’re going to be using it a lot. The game clearly doesn’t seem to know if and when you are out of bounds, so the developers outsourced that task to the player. Unfortunately, you can never be sure exactly where it will send you; sometimes you’ll be sent a few steps backwards, sometimes significantly forwards, and other times it’ll break the checkpoint system and you’ll need to do a whole lap again. The same jankiness goes to AI cars, which can spawn on top of you and give the physics system a field day. 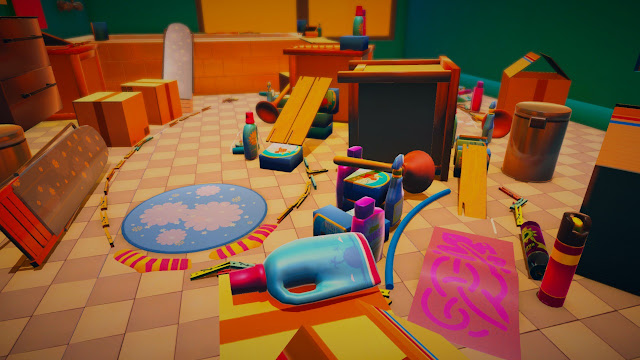 I’m not exaggerating when I say that unlocking the more challenging cups, and thus the more interesting tracks, was arduous. Most of your time will be spent resetting in the first 10-15 seconds because you’ll have fallen off the track and thus have no hope of recovering back to 1st place. Sometimes you’re on a good run, things are looking clear and you’ll have a good lead on the questionably competent AI, and a physics glitch will catch you off guard on your third lap and you’ll need to restart again. In larger bursts, Tiny Racer will wear down your patience. It’s an almost-functional racing game that you think you should be pretty good at, until it pulls the carpet from underneath you.

So I can’t give it much praise at all – Tiny Racer is a bad game. Its premise is a fairly uninspired circuit racer, its physics system is constantly failing and its design choices seem to suggest the developers knew the physics system doesn’t properly work, and yet leaned into it. It does have multiplayer, so if your friend group goes out of their way to play janky games, this could be worth a laugh over a beer or keg. But it’s not memorably bad, rarely does your car glitch so spectacularly that it creates a response. Most of the time, you’ll be placated, maybe interested in the bold course design, but also hoping to play some better racing game instead.