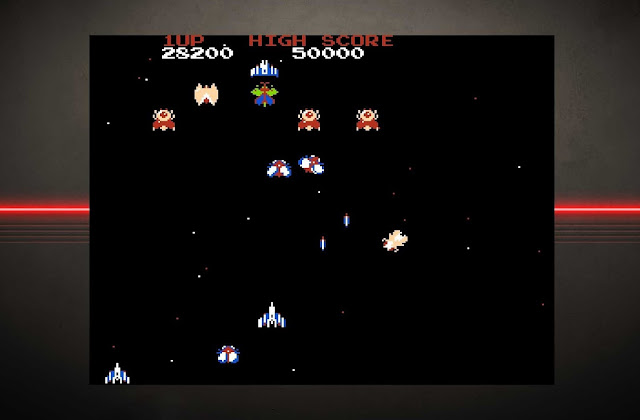 Competition around the “retro compilation” space has become surprisingly fierce. It’s no longer enough to simply drop emulations of a handful of random arcade titles from the backlog and call it a day. As the likes of Capcom, Konami and SNK have shown, players are really keen on carefully curated lists of games that act as something like an interactive museum, with features that make the games more palatable to the modern audience.

A lot of newer players want to enjoy the pixel glories of yesteryear, but as principles of game design and expectations have shifted, so too have what players tolerate in their games. Those super-short experiences that were so punishingly difficult that they could feel impossible are no longer in vogue. Players are comfortable with difficult games, but they also want the sense that they’re in control of that difficulty, and they don’t want to be left wondering if they’ll ever see the end.

The Namco Museum Archives series features save games and the ability to “rewind” play at will. These are nothing new to compilations now, but it’s a welcome, if not mandatory touch that immediately makes the entire collection more accessible. In other words, the collection does hit the bare minimum that allows it to be compared to its peers. It lacks some of the digital art book and historical features that some of the better compilations have included, and lacks the choice between the console and arcade versions of these games that it really should have had. Players should have been able to experience the different versions of Pac-Man if they wanted. Nonetheless, the collection does feel robust and well-thought out, with everything from the game selection to those quality of life enhancements there that do significantly improve the experience. 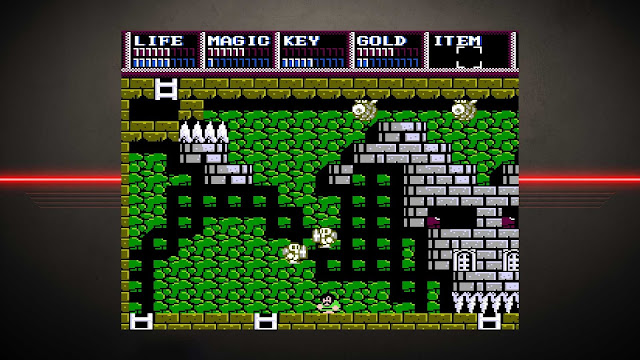 Some of these retro compilations have very narrow focuses – Capcom’s Street Fighter or Konami’s Castlevania collection, for example. Other times the effort is to go wide – the SNK collection or Nintendo’s own SNES and NES apps on Nintendo Switch, for example. Namco Museum Archives is another that goes wide, and the range of experiences on offer is a wonderful cross-selection of what gave Namco such early prominence in the industry. The full list of games across each compilation is below: 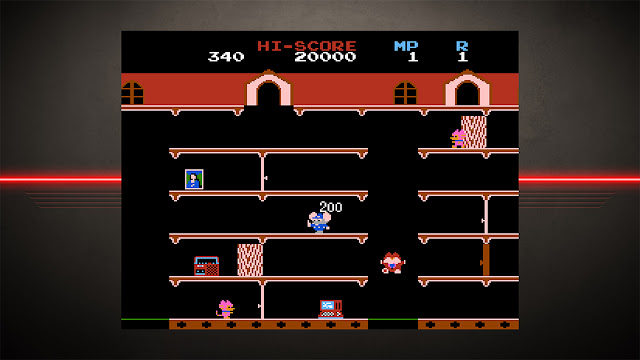 You’ve almost certainly heard of Pac-Man, Galaga, Dig Dug and Xevious. They’ve been around and relatively available for many years now across many generations of consoles. Others, though, are probably less familiar: Dragon Spirit, Dragon Buster, Mendel Palace, Sky Kid. It’s great that the collection has both and not only will you get to play your old favourites (and no matter how many times you’ve played Pac-Man, it is timeless), but you’ll discover new games too. In fact, some of them are Namco-published classics from other developers, such as Mendel Palace (Game Freak) and Legacy of the Wizard (Nihon Falcom), so the flavours of experience across these packages is right up there.

Finally, as an added bonus, there are two games (Dragon Spirit: The New Legend and Mappy-Land) that are getting their first proper port and official western release. I love when compilations do that – the Mana collection and Castlevania collections both gave fans a chance to play something new and of historical interest to their favourite properties for the first time (officially), and while these two from the Museum Archives aren’t part of a specific series, they are important in the context of Namco, the publisher and developer, and are therefore of great interest to those who care about video game history.

This is entirely subjective to say, but after Taito, Namco is my favourite retro arcade developer. Pac-Man’s the pinnacle, of course, but I have such fond memories of playing everything from Mappy and Druaga to Galaga and Galaxian as a kid that to this day Namco’s catalogue elicit a strong nostalgic response from me. The Museum Archives are by no means the perfect collection – they’re the wrong ports in that the NES ports rather than the arcade originals are in there, and there are many compilations that have more games in them. With that being said, there’s not single dud game in this collection, and whether they’re as well known as Pac-Man or as obscure as Dragon Spirit, they’re all genuine all-time classics. You buy either of these collections and you’ll be coming back to them for years to come.