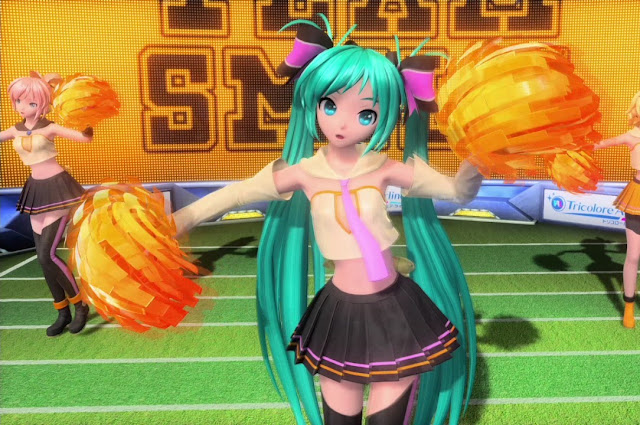 SEGA has announced that the next two DLC packs for Hatsune Miku: Project Diva MegaMix (or Mega39 as it will be known when it finally releases in the west) will release simultaneously on April 13 next week. These two DLC packs are part of the season pass, if you purchased that, or will be available individually for about $10.

The first (pack #4) offers six new songs and and 13 new costumes, as below:

That’s a hell of a pack, with World’s End Umbrella and Yellow being real Miku classics, and Sing & Smile being that one where Miku dresses up as a cheerleader and hnnnnnnnng.

Dear, Clover Club and Shinkai City Underground are all the picks of this bunch.

With this release we’re left with one more DLC pack (that we know of) to look forward to. Still, nothing like 12 new pieces of Miku music to help get us through this horrible period of self isolation.