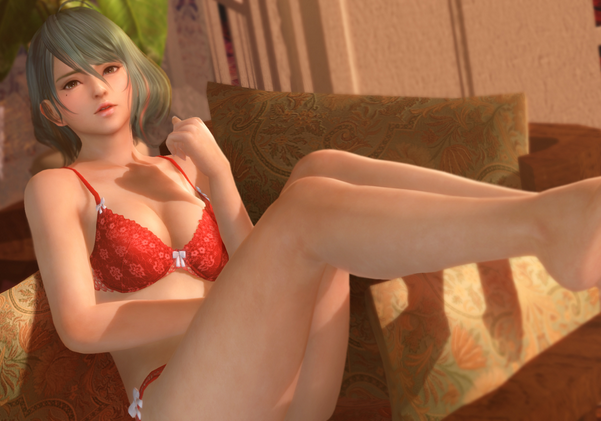 While Koei Tecmo has found itself in some hot water recently for its DLC strategy for Dead or Alive 6 (namely, charging people for hair colour changes that only last until players change the hair colour again), I’ve been really looking forward to the next new character release. Tamaki is a character that was introduced via the PC version of Dead or Alive Xtreme 3, but now she’s finally stepping into the virtual ring.

With short, green hair, and an aikido approach to fighting, Tamaki immediately caught my attention. For those that don’t know much about martial arts, aikido is a form in which you use your opponent’s weight against them. It’s heavy on the grapples, throws, and counters, so I can see Tamaki being one of my most played fighters.

Other than Marie Rose, of course. Marie Rose will forever by my bae.

I’m sure I’ll have some video of my own up soon enough, but for a first look at what Tamaki brings to the game, Famitsu has done a video. Be sure to grab her as soon as she’s available (be that right now, or March 10 in US time, which would be a few hours from now).

Review: One Punch Man: A Hero Nobody Knows (Sony PlayStation 4)