Azur Lane: Crosswave will be launched in Western territories next month

Oh, and Iffy fans will want to jump on this quickly, as Neptune from the Neptunia series will be available as free DLC on both PC and PS4 for one month following release.

Azur Lane originally launched as a mobile side-scrolling shooter; Azur Lane: Crosswave takes that version and retrofit it as a cel-shaded, 3D shooter. There are four nations, each with its own military. During normal routines, a Joint Military Exercise is enacted, a monumental event where few from each nation are chosen for battle.

Game Freak is the developer behind Pokémon, but that’s not all it has up its sleeves! Little Town Hero was released last digitally October for the Nintendo Switch (worldwide), with a planned Western physics release set for this spring. Well, the game will be available for another console now, with digital and physical versions of the title announced for Japan. 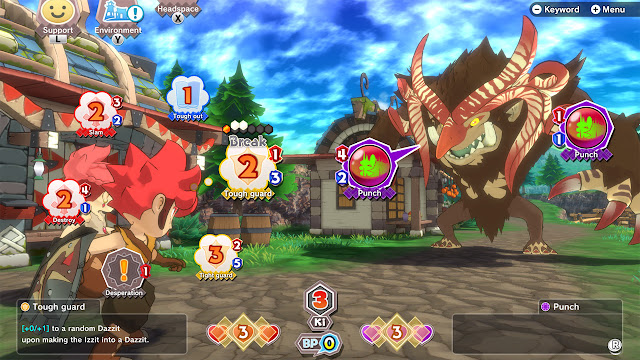 Unfortunately, there’s still no word on whether the PS4 version will come West, but I remain hopeful.

Little Town Hero is set in an isolated village, with the only exit being heavily guarded and villagers prevented from leaving. Most don’t care, and go about their daily lives… but our little hero cares. He wants to venture out and see the world. When a monster suddenly appears in the village, he’s able to defeat it. This is one RPG with no need to fight weak monsters to grind; instead, players will need to heavily strategize each fight one on one.

Hellblade 2 isn’t the only game the developers are working on over at Ninja Theory. Today, the company announced Project: Mara, an experimental title that aims to explore new ways of storytelling. That’s a lofty promise, Ninja Theory. Anyway, here’s a teaser:

I’m going to leave the overview to the developer, so I don’t make the vagueness any more vague: “Project: Mara will be a real-world and grounded representation of mental terror. Based on real lived experience accounts and in-depth research, our aim is to recreate the horrors of the mind as accurately and realistically as possible. Project: Mara will be an experimental title and a showcase of what could become a new storytelling medium.”

No platforms were announced, but as Ninja Theory is part of Xbox Game Studios expect to see it on Xbox and possibly PC.

Based on the Netflix series of the same name, The Dark Crystal: Age of Resistance Tactics is a strategy RPG. Digital pre-purchase is now available for PC, Nintendo Switch, and Xbox One. PlayStation 4 players won’t be able to purchase the title until release.

Developed by Bonus XP, the game reimagines The Dark Crystal’s world as a tactical strategy game. That means turn-based combat, which is always my preferred style of battle. Players will lead the Gelfling resistance. There’s ton of customisability available, including how you outfit your units and an expansive job system. There’s a New Game+ mode that offers more challenge for those left wanting more after completion,

The Dark Crystal: Age of Resistance Tactics will be released for PC/Mac, Nintendo Switch, PlayStation 4, and Xbox One on February 4.

Video: On the making of Journey to the Savage Planet