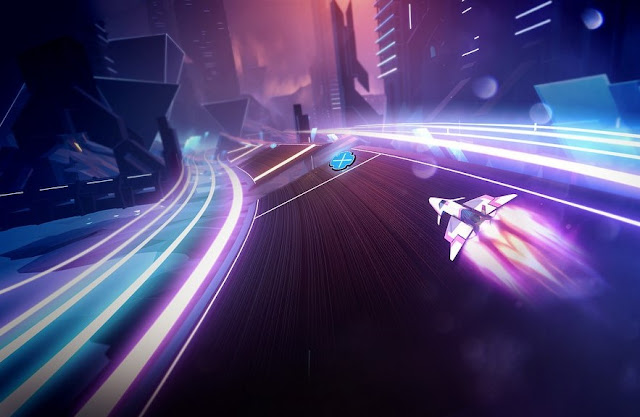 AVICII Invector is a comprehensive, inspiring tribute to the works of Tim Bergling or AVICII, the pioneering electronic dance musician (EDM) who tragically passed away in 2018. In a career spanning three albums, one posthumous, AVICII pushed the limits of the EDM genre by fusing together multiple disparate music styles, notably with folk rock. AVICII Invector aims to explore the late artist’s works through gameplay, developed in close partnership between the musician and indie studio Hello There Games. Invector had been in production for a long while and features music from all of AVICII’s works, including three tracks off the posthumous album Tim.

Invector is Hello There Games’ second foray into the rhythm genre, the first being the mobile-only AVICII Gravity (which was designed around the electronic artist’s first release). Invector builds upon the groundwork laid in Gravity: both games feature spaceships hurtling down triangular tunnels, with rotation of the level as a key mechanic. As Bergling enjoyed video games himself, he was particularly involved in the development of Invector, and it certainly shows. The beatmaps and overall mechanics are carefully thought out to show off the intricacies of AVICII’s music, which lets Invector rise above many other rhythm games available on PS4.

AVICII’s music and aesthetic are front and centre in Invector, as to be expected. What surprised me was, despite my familiarity with the radio-dominating anthems like Hey Brother and Levels, that AVICII’s experimentation with genre went far beyond mixing EDM with folk. Across the 25 tracks in Invector you’ll find tunes infused with blues, calypso, swing and other genres. Some are fast and loud, others are more mellow. The game’s first few tracks illustrate this principle clearly – Can’t Catch Me and What Would I Change It To are poppy yet downbeat, while the closer for the first world is The Nights, a determined dance track with a chorus that’s genuinely difficult to not belt along with. 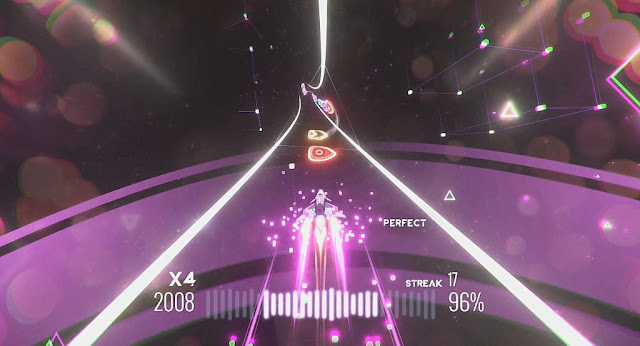 One thing players will notice while parsing through the game’s 25 songs too is that the lyrical matter is often positive and reassuring; they talk of the healing which comes after heartbreak, the peaceful reassurance of unconditional love and how it’s alright to have a bad day here and there. This subject matter thankfully takes the place of more stereotypical verses about partying all night, not giving the world a care and the melodramatic lamentations about fame. AVICII’s music has a genuine human quality to it, which comes to light thanks to the game’s heightened focus on the late artist’s musicianship.

Part of Invector’s appeal is that its gameplay feels tailor-made to AVICII’s particular brand of anthemic dance music. The game’s core is the same as most other rhythm games – hit buttons to the beat – but the smaller nuances help to amplify the effect of the game’s score. The game’s notes appear in a few different ways, either in a triangular tunnel which can be rotated, a Groove Coaster-style straight tunnel with three lanes, and a free-flight segment. Notes are inputted with the face buttons – two on easy, three on medium and all four on hard – while the left stick rotates the tunnel or switches lanes, and the L1 button hits lines that function something like a bass drum. The beatmaps are on the whole impressively faithful to AVICII’s original vision with his music. The developers take advantage of repeated refrains to highlight different melody or rhythmic patterns hiding beneath one another, and derive challenge and complexity through the layers of the song itself. Playing Invector feels like intuitively taking part in the music, rather than trying to figure out how the button presses are relevant to the music.

As the player hits notes in sequence and builds up a point multiplier, the speed of the approaching notes will also increase. This feels unwieldy at first (I was more used to rhythm games that let the player control the speed of the notes) but Invector uses this to good effect to build hype and anticipation – it’s particularly noticeable in faster songs like Hey Brother, where the verses are deliberately easy so that the player naturally speeds up the notes, leading to an exhilarating pattern in the chorus. 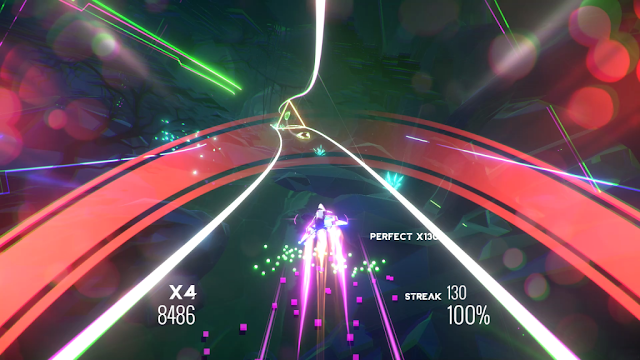 My favourite mechanic is that sometimes when the song cuts its drums to place focus on a melody line or vocal refrain, the game will eschew buttons entirely and instead let your spaceship freely fly, aiming to pass through circles which are mapped to the notes of the song. These segments allow some reprieve from the game’s energy and prepares players to meet the challenge of difficult patterns yet to come. This rise-and-fall pattern is also part of what makes AVICII’s music so adaptable to the radio and to arenas – Hello There Games’ had a stroke of brilliance with this one. These mechanics mean Invector feels relatively cerebral. Players need to not just worry about whether they are hitting the correct button, but also whether they are hitting it in the correct lane. This means that on occasion you’ll need to switch lanes without being prompted by any rhythmic cues, and harder difficulties can have so much spinning that dizziness can occur. In the harder difficulties my brain occasionally drifted into overload; I’d be pressing the wrong buttons at the right rhythm, and the game is rather strict about this too.

Although levels have a rather merciful pass rate of 75 per cent, the highest scores will certainly test the patience and mastery of players. Each level is automatically connected to the online leaderboards, and there’s already a number of players pushing digits that I can’t even fathom. Invector takes a somewhat Western approach to high scores; the multiplier is built up as you go and you can shake the controller to boost the notes’ speed and double your multiplier, a la Guitar Hero. This means that two 100 per cent runs can still have different scores depending on how each player used their boost. The tracks for Invector are also their full versions, most clocking at around four minutes (as opposed to the 90-150 second sprints which are standard for Japanese or Korean rhythm games) so 100 per cent on a song is already a huge ask. This will be one for score chasers to keep perfecting for months.

The game also must be praised for its superb sense of style, adapting the lights and visuals of an EDM concert and combining it with an ethereal, futuristic look. For every four or five songs, the game creates a new locale for the player to fly through, and although the frenetic pace of the gameplay leaves little time to stop and sightsee, the level select screens are still a delight to look at. The game also has a few story cutscenes, but unfortunately these were lost on me; they never quite came together to tell a coherent narrative. It’s a shame, since there’s a lot of potential in the lyrics to craft a cohesive character arc, and I would have liked to see something more personal about Bergling and the influence of his music as well. That being said though, the absence of story does not detract from the game one bit. 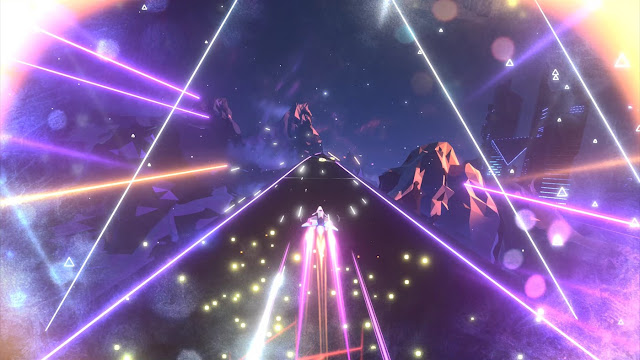 The biggest compliment I can give to AVICII Invector is that it helped me gain a deeper appreciation of AVICII’s music, in a wholly unexpected way. Although we’ll sadly never get to experience AVICII live in concert, Invector comes close to the experience – it helps players see the patterns and rhythms layered within each song, and the heightened focus also shines a light on the often uplifting and thought-provoking lyrics. I am thoroughly glad to have played this game. It’s a fitting tribute to an incredibly talented musician, with proceeds going to a good cause, and I hope it will help to champion the artistry of AVICII’s body of work.