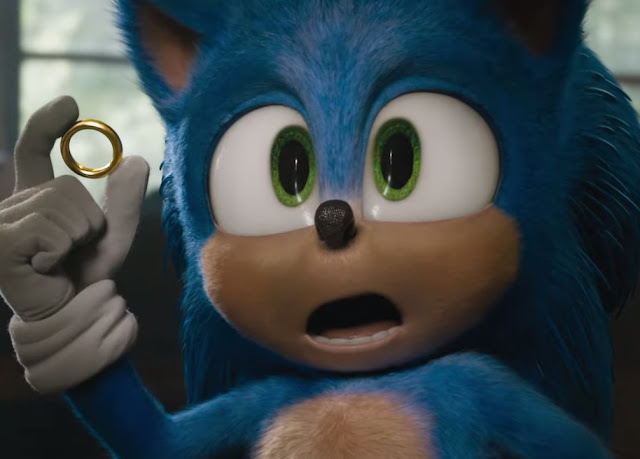 A fair few months ago, a trailer for the upcoming Sonic film was released… and it looked terrible. So terrible, in fact, that the entire Internet seemed to blow up at the creators, who rapidly announced that they were going to go right back to the drawing board so that they can all-but recreate the film. Now the new trailer has just landed. It looks so much better, and that’s the problem.

Running in parallel to this is escalating anger towards Game Freak, the developer behind Pokemon. There’s a new Pokemon game out this week, and people are furious that some of their favourite critters aren’t in the condensed Pokedex that will be in this game. Rather than try and balance the ridiculous, bloated, 800+ Pokemon that have been created to date, Game Freak decided to take a fresh approach with this new game with a much smaller roster, and plenty of favourites were left out of it as a result. Now, people in Game Freak are getting death threats.

It’s easy to decry death threats. We should, of course, decry death threats. There is no excuse for open hostility towards another person simply for making a film or game you don’t like, let alone threatening to kill them over it. The problem is that the people who engage in such levels of hostility are constantly being validated because people – including those that would never dream of sending a death threat – celebrate the news when artists “fix” art.

That Sonic movie would never have been changed it it wasn’t for the vocal, hostile response that the original trailer had. It would be one thing if people looked at the trailer and had a “meh” response (lord knows we see enough pedestrian films released to have that response). The film-makers wouldn’t have gone back to the drawing board over that. The only thing that would motivate people to change something deep into a project is overt and widespread hostility. And you can be certain that fandoms 1) know that and, more importantly 2) know that it works.

The underlying problem is that we live in a time where art can be changed, and therefore the expectation is that it will be changed. Back when the only way of producing a book was to laboriously get the thing printed and distributed, you got one run at it. You might address small typos and similar issues in subsequent prints, but the core of the book was going out there with the first printing. If people didn’t like it… they just didn’t like it. They might write a negative review, or tell their friends not to read the book. They might be hesitant to read your next one. But after being disappointed with your book they would simply move on with their lives.

The same goes for sculpture or painting; there’s just no “fixing” it once it has been unveiled to the public. Traditional cinema is remarkably difficult to “fix” as well, and the cost and burden of re-shooting scenes and re-editing the film means that it’s extraordinarily uncommon to do anything of the sort at great scale close to, and subsequent to release.

That’s not to suggest that authors, painters, composers, and film makers did not get death threats or have to deal with aggressively hostile media and “fans.” Of course they did. But in the overwhelming number of cases the intent behind those responses was not to change the art work to something more pleasing, but rather to get the art work censored in its entirety – removed from shelves and walls and binned. The only people that celebrated when that happened were the nasty individuals that campaigned for it.

This balance has been disrupted completely with digital cinema, eBooks, video games and the like, where it is possible to edit and “fix” art, reasonably quickly and easily. Now there’s the expectation that art can’t be bad. If it’s not received well, the community expects that the artist will “listen to fan feedback” and then dutifully go back and work on their art until it matches the “fan’s” expectations. Then, when the artist does do that, the entire community celebrates and rewards the success of the “saved” art. Whether it’s this Sonic movie, No Man’s Sky, Final Fantasy XIV, or any number of other examples of art works that have been substantially changed following a community explosion, where once those that attempted to silence artists were condemned for their efforts to censor art, now they are rewarded for their efforts – they get the game or film they want, and they get to see the positive response that the game or film that they helped to “save” then gets from the wider community.

It’s okay for art to be “bad”, and that’s the real message that has been lost in all of this. Art is its creator’s visions and ideas. Sometimes those ideas don’t stick, and don’t resonate. Sometimes they don’t have mainstream appeal and therefore only a small niche celebrates them. This is a good and healthy environment for an artist to work in, because it’s only in being comfortable with the thought of failure that an artist can take risks and do something meaningfully different.

Artists that fear an aggressive push back, and allow themselves to be cowed into “fixing” their art to suit another person’s vision, are never going to produce great art. This Sonic movie may well go on to be a commercial success now, and beloved by Sonic fans worldwide, but that Sonic film is the latest in a long line of proofs that modern art has become a commercial product, where creative vision and risk taking is seen as far less important than keeping the fans happy, and getting the money to roll in.

I saw the new Sonic trailer, and all I saw was soulless content that kowtowed to and validated the death threats and other hyperbolic aggression of “fans.” What I saw was justification in the eyes of every person harassing those at Game Freak right now – the message that they just need to keep pushing and eventually Game Freak will be terrified into patching the 800 pokemon back into the game.

This is something you can’t have both ways – either you respect the artist’s vision, and therefore accept that sometimes you won’t actually like it, or you believe that art is content to be shaped through fan feedback, and therefore acknowledge that death threats are a remarkably effective tool for getting the product that you want.