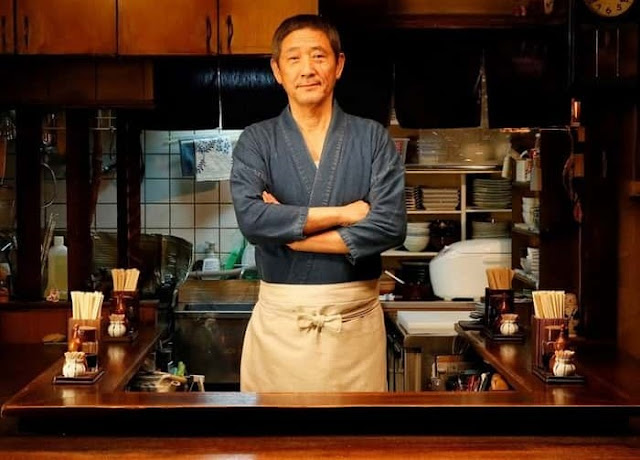 A second season to one of the best hidden gems on Netflix landed fairly recently. I missed that release, whenever it was (perhaps I was in Japan at the time), but after noticing that it was there a couple of nights ago, I’ve since binged the entire thing. Midnight Diner is a genuine, bona fide masterpiece of television, and the kind of show that anyone who wants to get a sense of the Japanese mind and spirit should watch.

Based on a manga of the same name, Midnight Diner stars “The Master” (played by Kobayashi Kaoru), a man who runs a small bar tucked away in the back streets of Shinjuku. The catch is that his diner is only open from the hours of midnight to 7am, and while his diner’s menu only features around four or five items (as is typical for these back-alley watering holes), The Master can cook up anything requested of him by his patrons… so long as he has the ingredients available.

This rule quickly establishes the structure of the show. With each episode, a patron requests something nostalgic to them – it might be sauteed mushrooms, or kaarage (deep-fried chicken). It might be udon or omelette. Eating this food kicks off some self-reflection for the person, often with some nostalgia for the past, and from there they ultimately come to a great realisation of where something has gone wrong in their lives, and the steps they should take to right themselves. 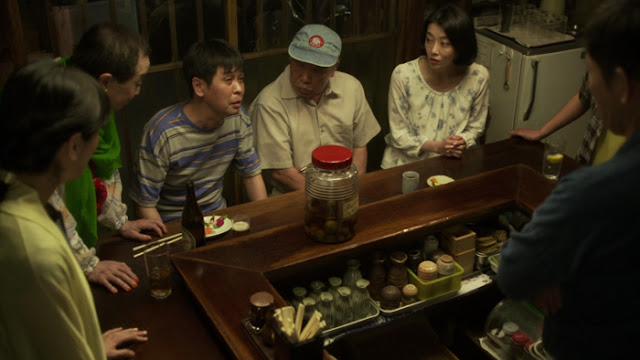 The Master occupies something of an omniscient role within the story. As the main character, he shows up for surprisingly little screen time, but that just makes his role all the more potent. Simply by serving good food, well cooked, and allowing the emotions to roll through the individual, he’s able to expose their fears, their challenges, or their pain. His role isn’t to help them so much as give them the motivation to help themselves, and, despite being a tiny little hole in the wall, barely able to host a dozen people at a time, The Master has a sagelike gravitas. Because the focus of each episode is on a customer, the overarching plot strands are fairly thin across the season, but the overall tapestry is one where, as most people sleep, life does push on.

The show itself won’t have too many recognisable faces, unless you’re right into your Japanese television and film, but the profile of the cast is substantial, and performances are uniformly brilliant. A lot of Japanese entertainment (especially that which makes its way out west), comes across as over-acted, but in Midnight Diner it’s restrained, subtle, and perfectly in keeping with the (very) late night theme. As the show does often dip into a nostalgic mood there’s a sadness there too, further carried by the theme song. The rustic style of the diner itself suggests the underpinning cause of that note of sadness: Midnight Diner has a sense of something lost. Japan continues to struggle with its identity as a nation both respectful of its traditions and keen to embrace modernity, and throughout the country there are these little traditional eateries, slowly being consumed by the chains and modern restaurants, but as this show demonstrates, holding something of both sentimental and real value to the community that forms around them.

With that being said, Midnight Diner is by no means sorrowful. The edge is there, but the show acts to uplift, rather than depress. You know going in that each story is going to end on some kind of happy note, and throughout each episode there’s plenty of dry humour, delivered wittily. Sometimes perhaps too wittily, there’s a bit of wordplay that’s lost in translation, but for the most part it’s quite easy to laugh along with. Just to remind you how wholesome the show really is, there’s even a brief segment in each episode where you’ll be told how to cook the dish at the centre of the episode. These are always home cooking flavours, and most of them are so simple than even I would could take a decent pass at it. 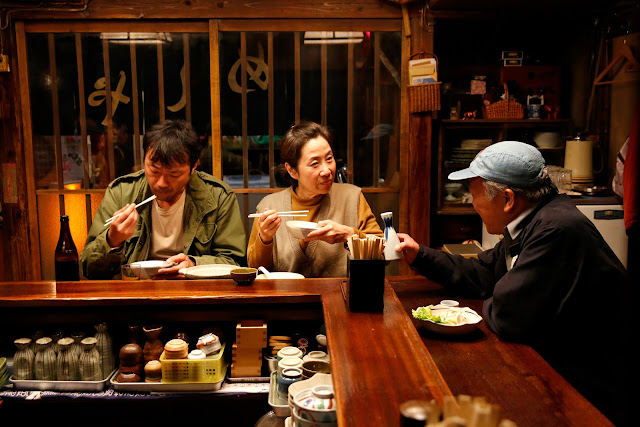 Midnight Diner is special because it’s a series of Japanese stories, about Japanese people, in a classically Japanese setting. There’s no embellishments to it – there’s none of the wacky situations of a sitcom, nor are there ever real antagonists. Given that the show is set in Shinjuku I’ve now waited for two seasons for the yakuza to turn up to demand protection money from The Master, but that’s not happened yet. Midnight Diner is instead a show about people’s lives, shared over a good, hearty, nostalgically Japanese meal. It’s through stuff like this that you get a sense of just how deep this culture goes.