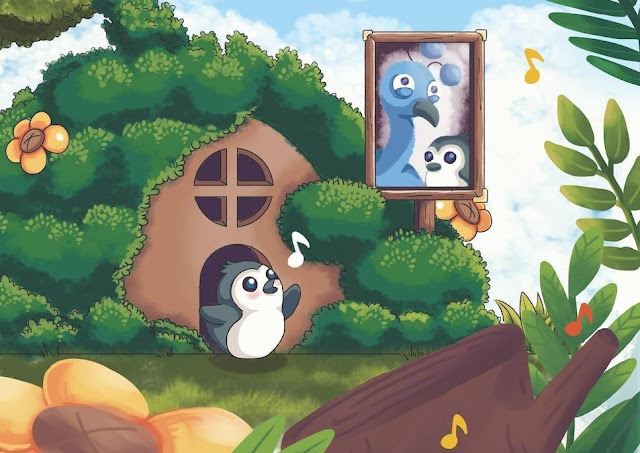 Every so often there comes a game that you just want to root for. A game that has come from a place of such overwhelming positivity and good will that the idea of criticising it feels wrong, because to criticise it would be akin to throwing kittens and ducklings down a well. Songbird Symphony is one such game.

Songbird Symphony is a rhythm game crossed with platformer that is a broad retelling of The Ugly Duckling. Wrap your head around that one. You play as Birb – a little chick full of soul and an endless capacity to want to help. Birb’s not like the other birds he was brought up with, however, and his “father” is a bit of an odd one. So of course Birb is subject to both implicit and explicit bullying, before he decides to set off on a quest for discovery and to learn who he is. Along the way he finds other birds to help out, encounters other misfits, and overall goes through the most sentimental coming of age experience that I think I’ve ever seen in a video game.

It’s difficult to describe just how committed Songbird Sympathy is to being positive and happy. Of course you can easily say that its naive in its innocence, but every element of this game is finely tuned towards a fundamentally bright outlook on the world. One that boldly claims that the world is a good place, and that we all can find ourselves within it. There’s the occasional moment of doubt and inner conflict that makes you worry for Birb from time to time, but with the most doe-eye way, Birb always brushes himself off and plows on. 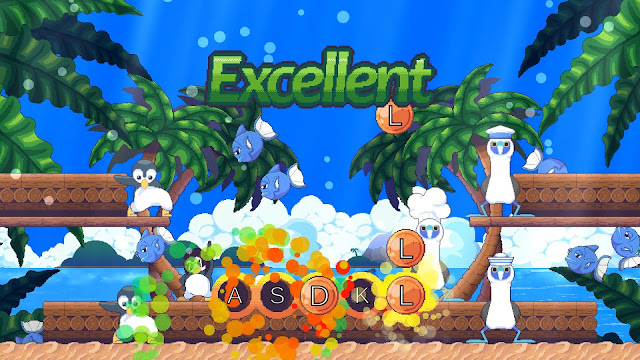 The sentimentality is greatly enhanced by the animation, and it’s no exaggeration to say that Songbird Symphony displays some of the most meticulously charming animation that we’ve ever seen in a video game. Characters are simple in design, but gorgeously intricate in how they move, with an understanding on how animation can convey personality and character that we rarely see outside of Hayeo Miyazaki. In fact, if I was to put a single game in front of the notoriously cantankerous and demanding genius behind Studio Ghibli, it would be this one. I would be very surprised if the art team behind Songbird Symphony had not studied Ghibli works to an exhausting level of detail, because they share the same eye for exaggerated, complete movement. Songbird Symphony is a world of big shapes moving a lot without any sharp, aggressive stops to the movement disrupting the flow of movement. That’s not easy to do, but this team has nailed it.

At first I wasn’t sure why the development team would make this a puzzle platformer to go with the rhythm game action. I’m no platformer fan, so this was initially a hurdle for me to get over. I realised soon after though that in this particular case, the platforming was essential. The sense of journey and world that you get as Birb bounces along is critical to the emotional attachment that you’ll have to Songbird Symphony’s protagonist. I wish the puzzles were a little better designed and a little less 101 – sliding block puzzles really need to go away if developers can’t do better with them – but I found the journey from one land to the next to be a delightful one.

Each environment also has a number of optional special objects to hunt out. Sadly this stuff comes across as too much like content-because-that’s-what’s-expected for its own good at times, but many of these little side diversions do give you the opportunity to meet some more of the world’s denizens and interact with them. For a game of few words I’ve rarely been so attached to the characters and space that I would chase the little extras down, but again that just goes to show the level of detail and personality the developers have managed to work into inject into the project. 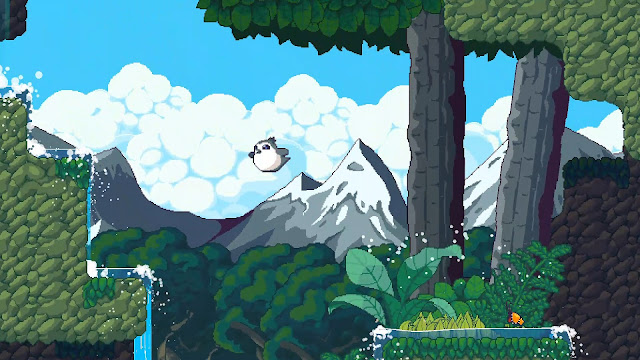 If there was anything that let me down, it was actually the rhythm game side of things. Cheap midi music does fit with the aesthetic of the game, but on the other hand it is cheap midi music, and few of the tunes are memorable. Not the most inspiring approach to a rhythm game. More significantly, the rhythm gameplay stuff is not overly well designed. In each case you’ll need to parrot a lead singer (who may or may not be an actual parrot). That singer will chirp out a certain combination of notes, and then you need to repeat it with the exact same timing. It works well enough, though sequences are too short for it to be truly engaging as rhythm gameplay, and I often found the start beat for a sequence to obscured, meaning that I would struggle with the first couple of notes.

I was also more than a little confused by the way each song would have lyrics appear on stage, as something of an introduction before the actual rhythm game bit got started. I appreciate that the lyrics were there as a storytelling mechanism, but given that the music is made up of cheap midis, all that you actually get is a couple of seconds with a karaoke-style ball seeming bouncing at random across works, with vocal-less midi music playing vaguely in time with it in the background. It’s an odd example of something very amateurish in an experience that is otherwise so refined.

At around ten hours of play, Birb’s little goodnatured fairytale of acceptance and tolerance is hard to criticise. It is a truly beautiful game, and a confident, well-meaning and refreshingly positive use of the videogame medium by talented newcomers. The money might be in the AAA fetish shooters, but the heart, soul and future value of games is wrapped up in projects like this one.

We have a release date for Disgaea 4 Complete+