Everyone is a suspect in Lucifer Within Us

Solve non-linear mysteries while making deductions in Lucifer Within Us, set in a world of daemonic possession with soul-scanning technologies. The goal is to find out who is lying and, more importantly, who is possessed. Here’s a trailer:

You are an exorcist working for a church in a digital age. Digital daemons are possessing humans and causing them to act on their most secret desires… including murder. There is nothing but the player and the information presented; no puzzles here. To be a successful detective you’ll need a deep understanding of the case.

Developed by Kitfox Games, Lucifer Among Us will be released for PC.

The Sinking City will also be released for the Switch

I’ve been anticipating Frogware’s The Sinking City for months, and was beyond bummed when it was delayed because the release date conflicted with major game releases. Well, it’s almost time for the launch on PC, PlayStation 4, and Xbox One; but Nintendo Switch users, you won’t be left out anymore, as it’s been announced for the hybrid console!

The game is inspired by H.P. Lovecraft, set in a supernatural world and following a private detective. He finds himself in a city being flooded by both water and monsters, and needs to outrun the madness. The city of Oakmont can be explored on foot or by boat, and promises many quests, secrets, and dangers.

The Sinking City will be released for PC, PlayStation 4, and Xbox One on June 27. The Switch version is coming this fall.

Akiba’s Trip remaster launches this winter in the West

It’s apparently the season of the remaster, as XSeed Games has announced Akiba’s Trip: Hellbound & Debriefed, a remaster of the original 2012 title.

The goal is to expose vampiric creatures, Shadow Souls, to sunlight by taking off their clothes. Yep, the entire point of the game is to undress vampires; what’s not to love about that?!

Akiba’s Trip: Hellbound & Debriefed will be released this winter for PC and PlayStation 4.

My disappointment is so strong it’s practically seeping out my fingers and onto the keyboard as I type this. I kinda of knew something was up when Harvest Moon: Mad Dash was announced, and now thanks to E3 and Destructoid, I know why: it’s a freaking colour-matching game. 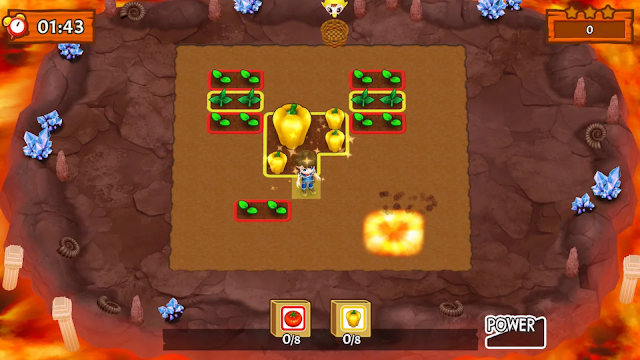 When a level behind, the puzzle field is littered with crops. Crops either stand alone or link to other crops. Combining crops makes bigger, ripe crops that can be harvested. Levels also include farming tasks such as handling fish, feeling cows, etc. The game follows a linear path that does have a story attached, at the very least.

Harvest Moon: Mad Dash will be released for Nintendo Switch and PlayStation 4 this fall.