Date dreamy dads on the go, starting this week!

Dream Daddy is leaping from PC and console into the palm of our hand, as the Dadrector’s Cut comes to mobile devices this week and Nintendo Switch next. 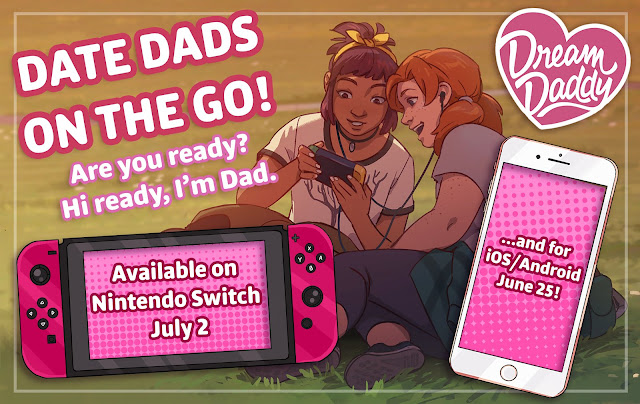 The game is a dad dating simulator. You and your daughter have just moved to a quiet seaside town only to learn that everyone in the neighbourhood is a single – and sexy – dad. The developer, Game Grumps, promise multiple endings as well as an uncomfortable amount of dad puns.

Dream Daddy: Dadrector’s Cut is already available on PC and PlayStation 4. It releases on iOS and Android June 25, and on the Switch July 2.

“Wet” your summer appetite with Senran Kagura: Peach Ball on the Switch

Bad jokes aside, we’re so happy that Senran Kagura: Peach Ball is getting a release on the Nintendo Switch. Who doesn’t want to carry around these lovely girls? Here’s a trailer:

The title follows Asuka, Yumi, Murasaki, Ryona, and Yomi. They are accidentally turned into animals, and the Peach Ball must be used in a pinball-like setting to restore the girls to their former glory. The Switch version of the game includes both the base game and the Accessories Galore set, which adds thirty accessories and more customisation options in the Dressing Room.

Senran Kagura: Peach Ball launched on the Nintendo Switch in NA/EU on July 9. That includes you, Aussies, so plan any winter break accordingly!

Feel free to get sick, as Dr. Mario will soon be here to cure you

Okay, maybe don’t intentionally get sick like Phoebe in that episode of Friends. But that doesn’t mean you can’t be excited for the mobile release of Dr. Mario World.

Dr. Mario World will feature familiar levels of moving capsules and viruses. It is essentially upside-down Tetris will pills. The goal is to match three of the time colour to clear the matching items. You only have a limited number of turns, though, so be sure to take great care. There’s also a versus mode where you can challenge your friends.

The free-to-play title is developed by the same company behind Animal Crossing: Pocket Camp, so expect extreme amounts of in-app purchases. It will launch on both iOS and Android on July 10.

Think of a recent console, and Clannad has probably been released for it. But one was missing: the elusive Nintendo Switch. Well, that’s about to change thanks to publisher Prototype. 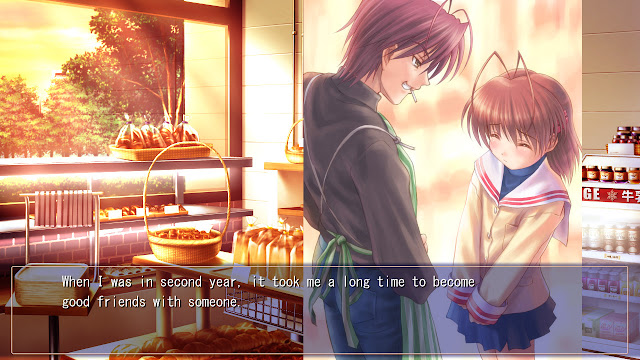 Originally released in 2004, Clannad follows a student as he becomes acquainted with others (namely, pretty girls). It still had gorgeous artwork and an amazing soundtrack, and will be a welcome addition to the visual novel library of the Switch.

The visual novel will be released in the West, digitally, on July 4 for the Switch. If you’re after a physical version, you can always import from Japan, as both regions offer the ability to play in English and Japanese.