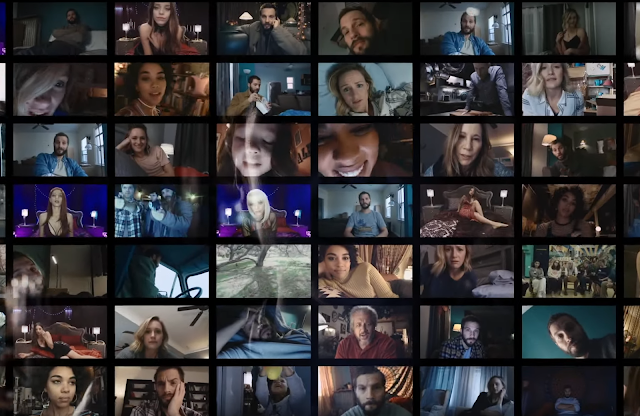 The PC Gaming Show at E3 remains a slog for me, filled to the brim with shooters that I couldn’t care less about. Yet I watched, waiting with baited breath to see if we’d see something of Sam Barlow’s upcoming title, Telling Lies.

Then that magical moment happened, when Barlow and actor Logan Marshall Green took the stage. I literally yipped with glee. Her Story is my favourite FMV game, being a great introduction to the medium. Telling Lies is the spiritual successor, and now we’ve learned more about it.

Related reading: My interview with Telling Lies and Her Story creator, Sam Barlow.

A woman finds herself with a secret NSA drive, filled with videos of four people. Piece together their truths and discover the lies.

Take the exploration from a normal game and apply that to the footage itself, using information from one clip to find others and build up a story. It’s an open world game in the digital sense. There are over ten hours of footage in the game, the story encompasses two years.

It’s a non-linear game that was shot mostly sequentially. It’s very deep, and Logan days Sam is one of the best TV/movie directors he’s worked with.

The big question: when can we play? Soon. But that’s all we have for now.