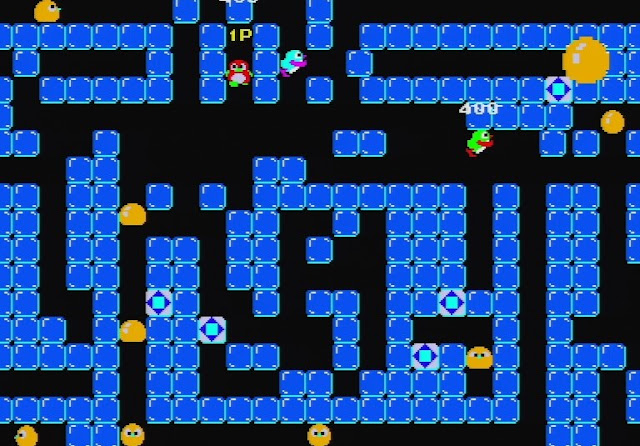 Pengo is one of the best arcade games ever made. You play as an adorable penguin, who needs to run around icy levels, hurling ice blocks across the play field at adorable blobby things. It’s like if Pac-Man had destructible walls, and those walls could be thrown at the ghosts to squish them, and it was a highlight of my childhood arcade experiences. And now Pengo is back, coming to Nintendo Switch… and with a whole lot of friends.

Arcade Love: Plus Pengo! apparently launched back in 2014 on Xbox 360 in Japan (well, that’s a quick way to kill any game; release it on Xbox in Japan). It’s apparently a compilation of four arcade games, with Pengo being the real hero of the project.

The four titles are:

Just beat enemies one after another, control joystick fast to run fast, play Whack-A-Mole, or play ding dong ditch. Action-Game Skill Test is an action game including such mini games with humor, and measures your action-game skills as a gamer age.

It is an action-game edition of one of our arcade games, Shmups Skill Test, which was released in 2007 and well-reputed.

Shmups Skill Test was originally included in an arcade game Shooting Love. 2007 and attracted a wide range of game players. The first-ever, exciting feature was that you can measure gamers age. While preserving the original feature, Shmups Skill Test is now upgraded to play up to four players, even on horizontal screen.

To measure your gameplaying skill as gamers age, you play various mini games, such as: just defeat enemies one after another; just dodge enemy bullets and put shoot empty cans into the trash. 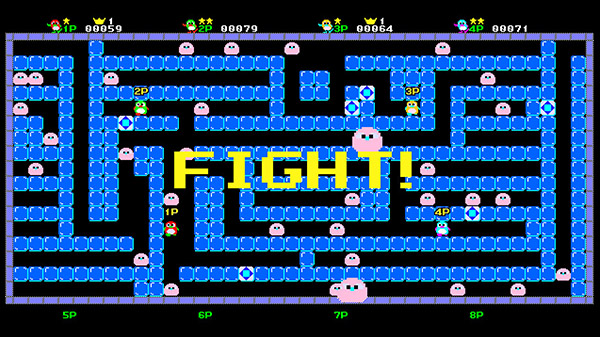 The first-ever, local multi-player shooting game on multi windows! CombatZeal is a shoot’em up game that focuses on score attack on the divided screen into the same number as the players’. The stages vary in play style; a stage for undemanding score attack, a stage where all the enemies in your screen will disappear if you cannot shoot out the enemies faster than other players, and a stage you can obstruct the other players by powering up.

You can casually experience game-playing, which you enjoyed in game comics before while not playing before. Thus CombatZeal is a combat shmups like never before.

An enhanced version of the action puzzle game released by Sega for arcades. Players progress while crushing enemies with ice blocks. In addition to the one-player arcade mode, single matches and team matches (two players per team) that support up to eight players at once are also available.

It’s that last one that’s the exciting one. The idea of having eight player battles with Pengo’s gameplay system has me so very excited. Based on past history I wouldn’t be expecting an English localisation of this one. That’s okay though. These are such simple little arcade games that you’ll be able to pick it up without instruction.

The package releases on August 22, and there will be both a physical and digital release. Get those importing fingers ready, arcade fans!

Who needs Bomberman when Butasan exists?