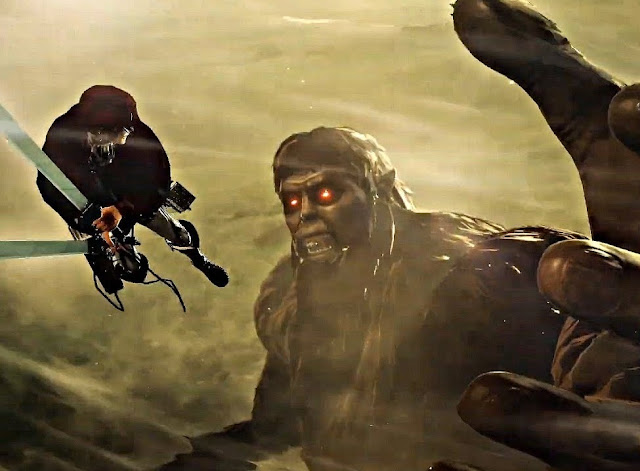 Koei Tecmo has announced the latest in its Attack on Titan franchise. This newest one, A.O.T. 2: Final Battle, isn’t an entirely new game, per se, but for fans following along with the third season of the anime, the additions are going to make it a must-have.

Related reading: Our review of A.O.T. 2 on PlayStation 4

From the press release: Taking place throughout Attack on Titan Season 3’s timeline, Final Battle’s Story mode plays through selected characters’ points of view with major heroes active in Season 3 – now playable for the first time – boosting the total number of playable characters to over 40. In addition to covering seasons 1-3 of the popular anime series, developers will also include original episodes to create a more fulfilling ‘Attack on Titan’ experience.

A.O.T. 2: Final Battle will feature two new gameplay experiences: A frenetic anti-personnel combat feature using omni directional mobility gear and an all-new wall reclamation mode focused on recovering outside territories. Here, players will have an ability to choose a leader of their squad, pick out the members they want to include – even members who were never together in the original work — and set out to reclaim the lands from the Titans. Thunder Spears will also be equipped for battle for the first time, taking down the Armoured Titan when a normal blade just won’t cut it.

That’s a major update if ever I’ve seen one. A.O.T. 2: Final Battle launches on July 5 for everything – PlayStation 4, Xbox One and Nintendo Switch.