Originally launched for the Nintendo Switch, PlayStation 4, and PS Vita, Death Mark is now set to come to PC via Steam on April 4. 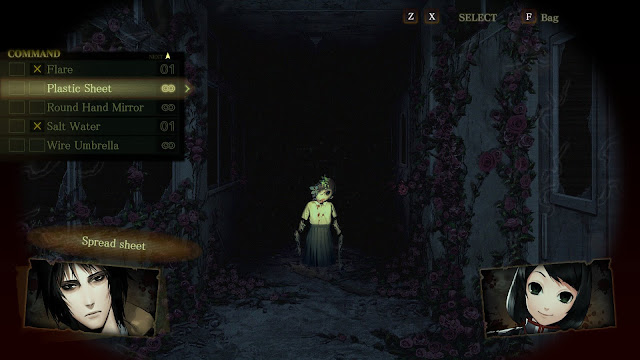 If the title sounds familiar, there’s good reason for that. In our 2018 Game Awards, it had a solid Silver streak in several categories: Best New IP, Best Narrative, Best Fan Service, and Best Legacy Console Title. You can read Matt’s review here.

Set in Tokyo, Death Mark is about individuals suddenly receiving an ugly mark — the mark of death. These people will soon die in the most horrifying ways. You don’t know who you are as you arrive to protect these individuals, not knowing your countdown has also begun.

There will be a few changes to the DS and Wii versions of the title. The Pop-Up Duel card game has been removed; apparently it would have taken “a considerable amount of work” to implement again, while having no impact on the rest of the game. The Romantic Phrases have been removed since its purpose was to obtain cards for the Pop-Up Duel. Those jobs and dungeons can now be found elsewhere. The largest change impacting the gameplay itself is the fixing of Cid’s Adventure, a story added to the Japanese DS remake. It used a level reset system that was slammed by players; it is now integrated into the main story.

Chocobo’s Mystery Dungeon: Every Buddy! will be released worldwide for Nintendo Switch and PlayStation 4 on March 20. That’s right, less than a month before pure chocobo happiness!

Koei Tecmo has released the second trailer for Gust’s Atelier Lulua: The Scion of Arland, and you’ll really want to watch it; there’s loads of new footage to see!

Atelier Lulua continues the original Arland trilogy (Rorona, Totori, Meruru). Our dear protagonist is no other that Meruru’s daughter.

Bear with me, as the launch dates and versions of Atelier Lulua: The Scion of Arland vary based on region. The game will be released in Japan on March 20 for the Nintendo Switch and PlayStation 4. North America gets it second, on May 21, for the Nintendo Switch, PC, and PlayStation 4. It will be released in Europe last, on May 24; Europe gets the same releases as North America.

I don’t know if this push is impressive or grossly misdirected, but regardless, Square Enix has announced its upcoming title for smartphones. Here’s the first trailer for Last Idea:

In the game, the protagonist is a treasure hunter exploring Silent Castle for any sign of treasure, predicted by a psychic friend. Upon arrival, the earth shakes and darkness spills from the ground, covering the sky and bringing with it monsters galore. Instead of turning back, you move ahead to save a girl that is about to be attacked.

The “treasure hunting RPG” is due out in Japan both iOS and Android this spring.

On playing Final Fantasy IX for the first time in 2019