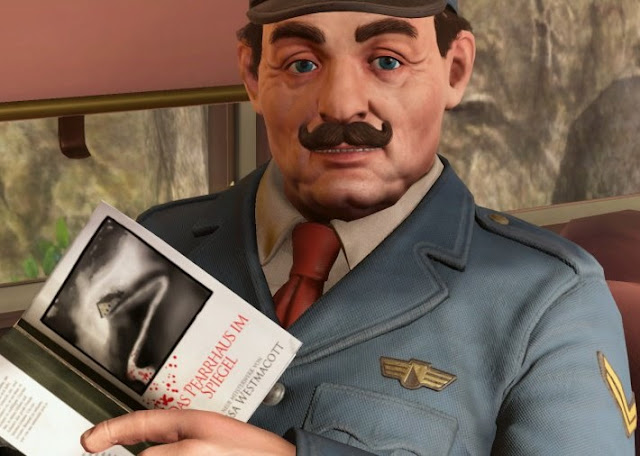 The influence of Agatha Christie on The Raven is thick, to the point that I needed to go back through the Christie catalogue to confirm that it was an original story and not an attempt to bring a Christie novel to the videogame medium. Christie’s influence, being the author responsible for shaping the entire modern detective genre, means that in so closely emulating her The Raven is more than a little derivative. However, quality storytelling and smart point-and-click design mean that it’s a cracking story to follow anyway… and The Raven has one or two little tricks up its sleeve to give even the diehard Christie fan something different to look at.

The principle point of storytelling difference is made immediately obvious: Where Christie’s protagonists, Hercule Poirot and Miss Marple, are civilian geniuses well beyond the intellectual capabilities of the bumbling police force, in The Raven, you play as an enthusiastic but bumbling police constable. Anton Zellner is an enthusiast for detective works, especially one particular author who is a clear homage to Agatha Christie real-life persona. His enthusiasm leads him to volunteer to help a great detective in his work, and even trick the detective into thinking that Zellner has keen Christie-like powers of observation and deduction, when really he’s just an affable chap who can get information from people by chatting with them.

Zellner is podgy, balding, and of such a lowly rank that those he comes across aren’t exactly inclined to take him seriously. It’s a stark contrast to the genius that Zellner and the other authorities are trying to thwart; a masterful and mysterious jewel thief whose methods closely mirror the capabilities of The Raven. The Raven being a great gentleman thief that was shot down by the very same detective that Zellner is so trying to impress. 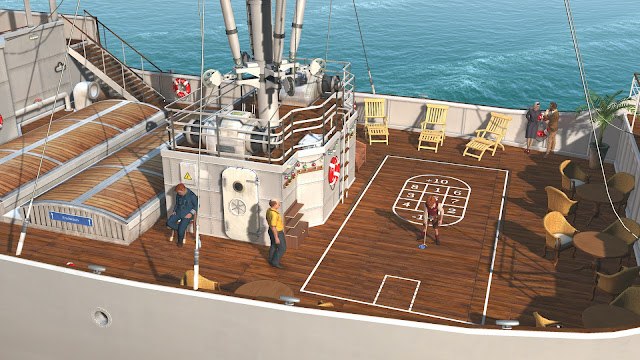 Right from the start The Raven layers on one Christie-esque mystery after another. An untrustworthy archeologist is mysteriously locked out of his cabin as the detectives and a small group of the wealthy elite travel on one of the most iconic Christie settings; the Orient Express itself. There’s no dead body in that cabin, but it’s a locked room mystery nonetheless (how did it get locked if no-one was in the room). Similarly, the detective is using the train trip to try and tempt the jewel thief into a heist attempt by carrying a precious stone in a safe on board. Without giving away anything that happens, the mystery of what happened is most certainly a Christie special, too.

The downside to being so loyal to the Christie detective story is that The Raven is a touch to predictable for the people who are most likely to play it (i.e. the Christie fans). Certainly, The Raven could have benefited from having the actual Agatha Christie working on the team (yes, I know she’s long gone from the world – the point is that the writers aren’t quite to Christie’s caliber). That being said, the glimpse into the decadence of Christie’s vision of the upper classes, and the way the narrative transitions from one exotic location and setting to the next means it’s a “page turner,” whether you’ve figured out what’s coming up next or not.

The Raven plays like a fairly standard point-and-click adventure game, as they were designed about a decade ago. This means the game comes from a time before adventure games became filled with quick time events and other nonsense “action” sequences that are there because the developers are clearly worried that otherwise the gamers would just get bored. Within each environment there are a number of items scattered around, and the trick is to mix and match those items together in order to push the narrative on. 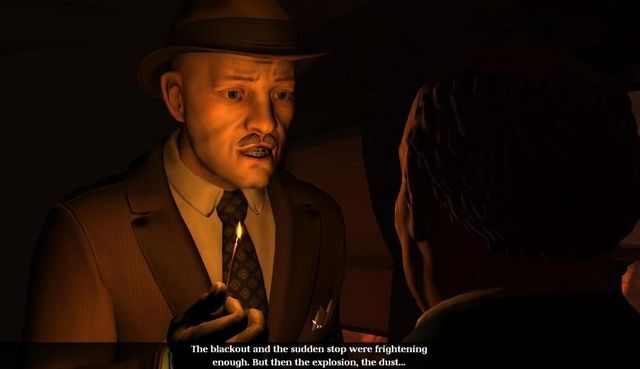 For an early example; there’s a fire on a train, and you’re tasked with decoupling the back carriage, as it’s stuck on the tracks. The problem is that it’s dark because you’re in a tunnel, and you need light to be able to find the switch. The other problem is that the only source of light you have is a match, and wind outside puts those out the moment you step out of the carriage. So you instead need to fill a bowl with rum, set that on fire, and then create a torch out of a chair leg and a greased up curtain, that will burn at a strength that it won’t go out from the wind.

As with most classic point-and-click adventure titles, there are some very arbitrary puzzles in The Raven, which could be solved in a far more mundane way than the game allows you do. What works in The Raven’s benefit, though, is that the puzzles never require ridiculous leaps of logic or trial-and-error to figure out. Muse on them for a while and the solution will crystalise in your mind. Too many other games of that time seemed to relish forcing players to think like MacGyver to get to the right solution.

The biggest issue with The Raven is that the game fails to create the same sense of urgency that the narrative sometimes calls for. The example above is a good one; you’re told that the area is filling up with smoke and you’ve got to hurry, but there’s no actual time limit, and there’s no consequence for taking as long as you need to complete the puzzle. This was done for obvious reasons, so people don’t feel stressed and panicked as they play, but the inconsistencies between narrative and gameplay do pile up over the course of The Raven, and by the end of it, you don’t feel anywhere near as dynamic or clever as the narrative wants you to feel. 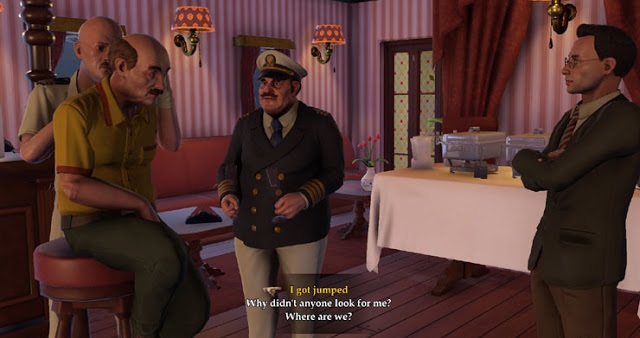 For Christie nuts, The Raven is one of the better attempts to do her style of detective mystery that Christie herself wasn’t involved in. It’s well performed and convincing, and the age of the game is hardly a concern because, dated as it looks at times, the appeal of this one has to do more about the cerebral. It’s all about the storytelling, in other words, and that side of things is spot on.