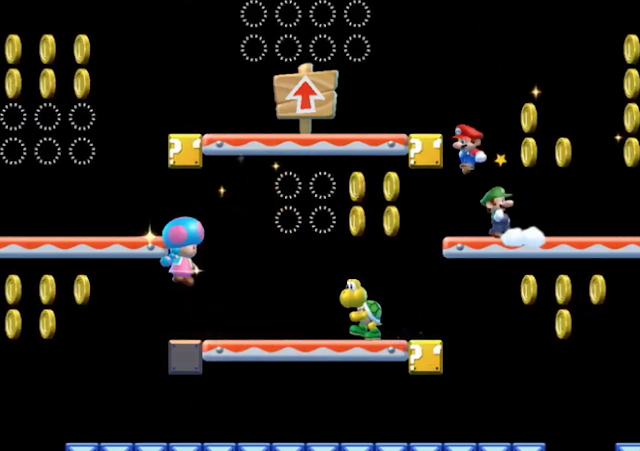 Well, there’s certainly more than enough content to go around in New Super Mario Bros. U Deluxe on the Nintendo Switch. With over 150 levels, spread across New Super Mario Bros. U and New Super Luigi U, you’re not going to stop playing any time soon. You won’t want to either, because these are fundamentally well made examples of the 2D platformer genre, and it’s great having such a comprehensive example of 2D Mario platforming action on the Switch.

Related reading: Our review of New Super Mario Bros U when it was first released on the Wii U

Nintendo has pitched this package as a next level of fun for the whole family. In addition to the two base games, there are a number of new features in the Deluxe package on the Switch, though they’re almost exclusively features to help younger people enjoy their game. For the first time, Toadette is a playable character, and Nabbit, who was previously only playable on New Super Luigi U, is playable on all stages. Both characters function as an “easy mode”, as they each have abilities that help younger players cruise through without getting frustrated at the more difficult elements scattered around in levels.

Beyond the new characters there is also a gallery of hints and reference videos on how to play. Again, this is stuff that’s pitched at younger people with minimal experience with Mario platformers, but it’s useful information. This is especially true considering that these titles continue the franchise’s tradition of not giving players much by way of explicit tutorials. Back in the early days of Mario Bros. this is because the levels did the teaching in an organic way. The first level of the original Mario Bros. for example, has had a lot written and said about the way it gently teaches players how to play through clever design and an absence of tutorials. 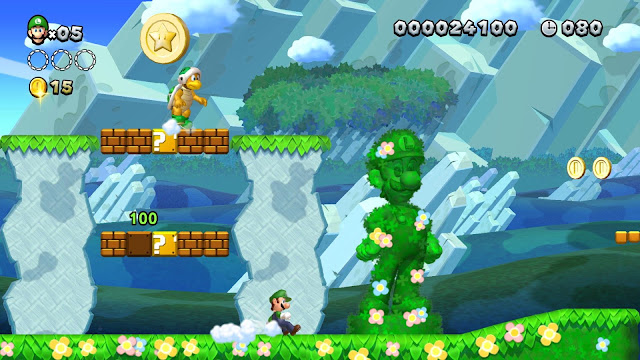 Unfortunately, because the New Super Mario Bros. level design is more open and relaxed, players consequently don’t get the same efficient crash course in playing 2D platformers as they play. For that reason, the videos and more explicit tips are going to be of great use to less experienced players, I suspect.

Not that either game ever gets too difficult. New Super Luigi U certainly kicks things up a notch, and there’s the odd level that will stump you from time to time, but if you give the NES Mario Bros titles a go (some of which are available on the Switch NES library for online subscribers), New Super Mario Bros. U was certainly designed to be less of and out-and-out challenge. The game is more generous with handing out lives and levels are designed less around pixel-perfect platforming, and more in creative, engaging levels that are fun to simply explore. Indeed, the biggest challenge in the New Super Mario Bros. games is tracking down the three giant coins in each level. Often you’ll need specific items, and the ability to spot secrets in both the ground and sky to track them down. For most people, collecting all three on a first run through a level isn’t going to happen, so this “big coin challenge” will give completionists plenty of replay value in their game.

The Nintendo Switch is the ideal way to play. This is partly because 2D platformers simply feel more at home on handheld consoles with their relatively modest presentation, and neat, short blocks that the games are split up into as levels give the game a comfortable pick-up-and-play feel. Of course, the bright, bold colours and characters positively shine through on the Switch’s screen, making for one of the cleanest, and most enjoyable looks yet on the handheld. 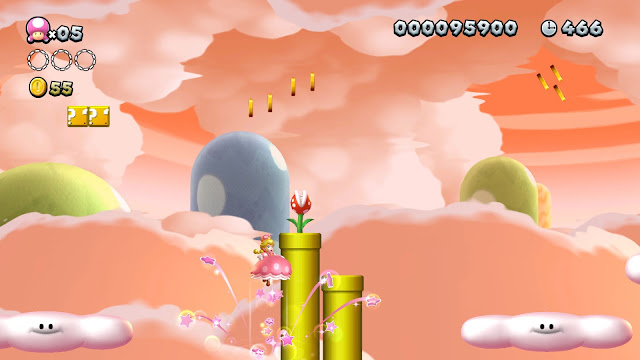 Additionally, because the levels are reasonably uncluttered and easy to follow while on the handheld screen, and because the controls are relatively simple and minimalist on the buttons, New Super Mario Bros. U Deluxe makes for a really good multiplayer experience on the handheld. It’s accessible, so anyone can jump in and join in on the fun, and it’s easy to pass the Joy-Con controllers around so more can participate.

The bonus modes are where the most multiplayer fun is. Particularly the coin battle. As the name suggests, in this mode, between two and four people can compete to collect as many coins as possible across a number of different levels, with bonus coins available to anyone who can collect the big tokens, or raise their flag the highest at the end of a level. These battles can become incredibly competitive and laugh-out-loud stuff, with the more the merrier.

For those who somehow haven’t got enough out of the main levels, there’s also speed run bonus modes and the like to show off your best platforming skills. Nintendo really has thrown everything into New Super Mario Bros. U Deluxe, and I can’t see many people being disappointed by what’s on offer. 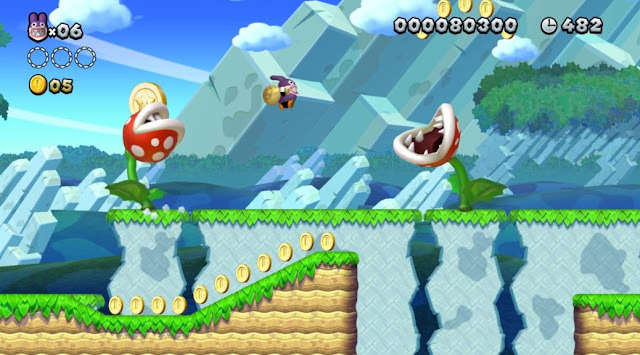 While New Super Mario Bros. U Deluxe is a repackage of (mostly) existing stuff, with a couple of minor additions designed largely around making the gameplay more accessible for newcomers, and is clearly a filler release on Nintendo’s part to capitalise on the post-Christmas lull and appetite for new stuff to play, it’s hard to deny its value. Whether Nintendo’s approach to level design has remained to the same standards of those incredible early games has been an ongoing debate across this “New Super Mario Bros.” series that Nintendo started back on the Nintendo DS and Wii, but whether you like it or not, this is certainly the pinnacle of that particular vision.

Review: Seed of the Dead (PC)