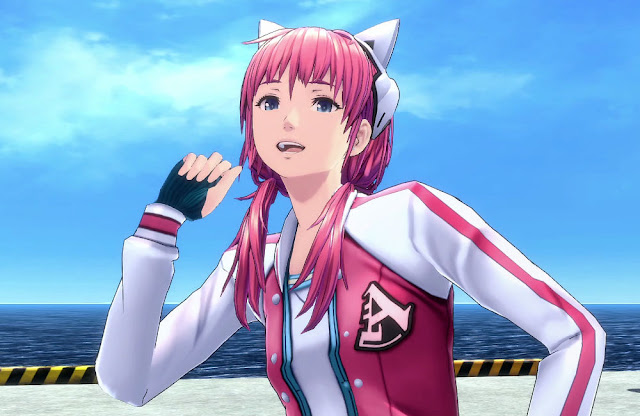 Uchikoshi Kōtarō may be best known as the creator of the Zero Escape series, but he’s latest work couldn’t be further from those grim, violent death games. Today, he and Spike Chunsoft introduced the world to A-set (nicknamed Tesa), an incredibly cute new virtual idol.

A-set is described as “a cheerful 18-year-old from Tokyo, Japan who loves video games”, “does Let’s Play videos in her spare time”, and is “on a mission to win a Grammy and be Spike Chunsoft’s cutest internet idol ever!” She’s got that last point locked down already; with outfit designs by Kozaki Yūsuke—whose character design credits include the team leaders Pokemon GO and Tekken 7’s Lucky Chloe, among plenty of others—A-set evokes a cool, cute, effortless sense of style.

A-set’s debut single, “Invincible Rainbow Arrow”, is a feel-good song about believing in yourself, and the music video, which features A-set dancing at a shipping dock, at gives a good sense of her playful nature. You can also follow her on Twitter, and subscribe to the Lemniscate YouTube channel to catch all her latest videos.