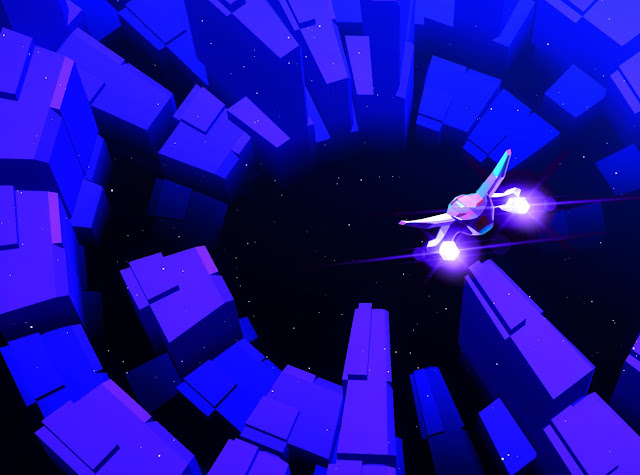 Hyperide VR is, for starters, a complete misnomer of a title. The “VR” really stands for “Vector Raid,” but was originally intended to double-mean “virtual reality.” The game was a VR title released on Steam over a year ago, controlled with a VR headset, now ported to the Switch and controlled with via standard inputs instead. It’s just as well, since there’s no official VR for the Switch, but one would think they would have taken advantage of the motion controls present in the joy-cons, perhaps by suggesting the game be played in handheld mode with the controllers connected. As for the “Hyperide” part, which is indeed not “hyper ride” or “hyperride,” but “hyper-ide” like “cyan-ide.” The game itself may not be a lethal poison, but all the same, it’s hard to digest.

Out of the gate this game is already a lesser version of that already bare-bones PC original. This is kind of a shame, as it is, or rather, was, a passable tech demo for an arcade game, but that’s the highest praise it can possibly receive. The gameplay itself is relatively fun, if simple. You control a ship through a pseudo-vaporwave-themed 3D space, dodging obstacles and mines while collecting fuel (health which drains steadily), rockets (to clear obstacles), and on one stage, astronauts. It gets somewhat difficult towards the end of each of its first three (of four) short stages, and throws some interesting obstacles in, such as moving lasers and rotating platforms (which oddly continue moving and potentially damaging you when the game is paused). You generally follow a straight line forward, with some moments where your field of movement moves around slightly, but these potentially exciting gameplay changes are few and very brief. The blue streak you follow slowly refuels your ship as well, but often runs through obstacles, so it serves less as a guideline and more as a curious game of chicken, in which you wait for the longest possible time in its trail before dashing out to avoid an obstacle. That is a concept that had a lot of potential but doesn’t evolve into anything interesting or necessary.

I mentioned it gets difficult, and these moments were tense and admittedly entertaining, if sparse. A sudden difficulty spike I can get down with. By all means, lull me into that false sense of security. Doubled with the threat of having to start all the way from the beginning of the stage, and I’m on the edge of my seat. However, especially on the fourth and final “boss stage,” it can be difficult for the wrong reasons. There gets to be so much clutter coming at you that it becomes impossible to filter through all the visual information in time. Conceptually it’s a neat idea, but the neon colours used to fill the environment and its obstacles don’t contrast enough between each other to give you so much as a hint of where to move, and I’m left to wonder if this was as much of an issue in VR, where I imagine depth perception is easier and movement controls more precise. 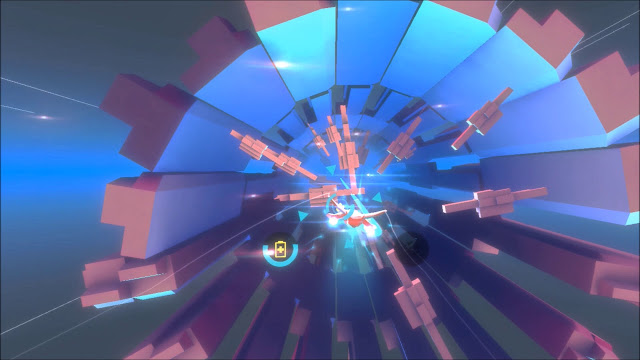 Mines and powerups alike have a faintly-colored ring around their core, but even though the mines’ rings are red to distinguish them, their cores are, like power-ups, a bright neon colour. With your attention mostly being focused on depth perception and the location of your ship, the rings tend to become a blur along with their contents, especially when they’re so layered, leaving you with enough time to formulate a strategy for the first wave and praying your way through the rest. Minor changes could have made this a lot more engaging, but if you play it with the mindset that you’re supposed to have these moments where you pray you guessed right, it feels somewhat rewarding. For example, if the mines had no ring at all and were simply colored a more distinguishable red, there would at least be some consistency, in that ringed objects are to be collected, and anything that’s not is a hazard.

On the third stage, along with fuel and rockets you’re tasked with collecting astronauts, which say a “thank you” line in different languages when you collect them, but otherwise provide no noticeable benefit. You are encouraged by generic-story-space-good-guy (and moral obligation of course) to rescue them, but the game itself has no scoring system or a count of astronauts you’ve collected, so it doesn’t seem as if they’re required to collect to progress past the level. I hadn’t even noticed that the game lacked a scoring system until this point, and I immediately felt deceived. What sort of “arcade” game has no score? I collected most of them anyway, for love of gold coins, missing one towards the end that to my surprise cried out at my ship in German, comically decreasing in volume as my ship left him to float in the abyss and onto the last stage.

It was at this point I naturally thought this was all a sort of introduction. It would explain the lack of a scoring system; surely this has all been some sort of wonky tutorial, and that the true challenge lay ahead. Alas, this is not the case for Hyperide VR. 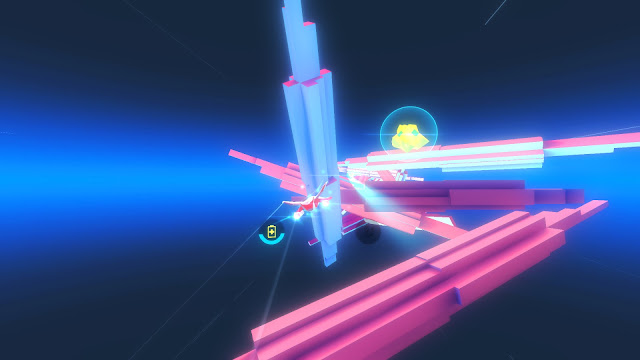 In the fourth and final stage, you give chase to generic-story-space-bad-guy’s ship, dodging mines, missiles and lasers while collecting fuel and rockets. Each “phase” lasts about 20 per cent of its health bar (though the transition may be length of time), and ends with a full recharge, getting tougher as the fight progresses. Pretty standard fare on paper. Unfortunately, the previous issue with colour contrast comes back in full force, as now not only can you not discern between the myriad colored rings, there’s a large mostly-white ship in front of everything. The “sway and pray” stages of this encounter last longer and have added obstacles from the enemy ship to boot. In successfully dodging one thing, you’ll very likely be running into something else. In attempting to refuel your dwindling supply, you lose more in the process.

I’m not sure if it was intentional to have entire sections where your best bet is to just dodge everything coming at you until the chaos calms down, but that’s how it goes. Our generic space pirate boss has three weapons: missiles that continue to move and explode while the game is paused, a rapid-moving laser, and his most devastating attack in the form of one-liners ripped from Star Wars (with the exception of one bastardization of the Zero Wing meme). These cringe-missiles did significantly more damage than anything else the game threw at me, and I couldn’t help remembering with some envy the astronaut I left behind in the previous stage, thinking he was better off where I left him.

Supposedly the game is set to be reduced in price down to 1.99 euros with an update including a leaderboard and an option for motion controls. As of this writing that has yet to occur. Even with that addition, I can’t help thinking “that’s it?” I hope this comes with an endless stage or a set of challenge stages in the future, just to make the high score hunting more interesting. 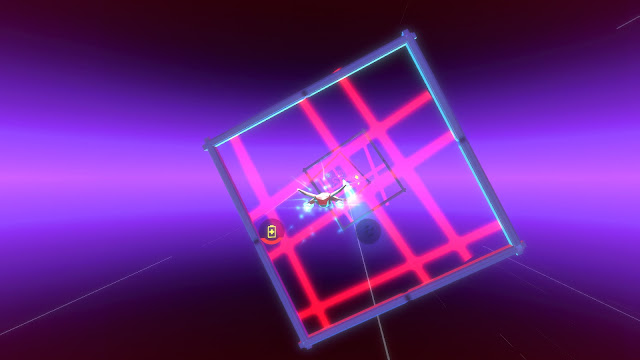 I’m reluctant to use the term “shovelware” as it has different meanings to different people (and all very rude), but this game certainly approaches one or more of those definitions. I know well the urge to splurge on titles that are dirt cheap just to have them in my library, and simply jumping between a bunch of new games is a fun game itself! Sometimes you find a diamond in the rough, like getting that super bouncy ball out of a gumball machine (instead of that stupid pencil eraser), and that’s the payoff. But, like the bouncy ball, the novelty wears off quickly, and the game is left to collect dust before being sent to the digital graveyard.

There’s still a case to be made for Hyperide VR – especially its potential to become something worth more of your time. It has some tense, entertaining moments that may catch you off guard. It may leave you wanting more, for better or worse, due to some mechanics that are interesting but not fully realised. And it’s cheap. But it’s by no means a classic.

Game of the Year, 2018: Best blockbuster