SEGA has announced Blade Arcus Rebellion from Shining, a 2D fighting game that brings together characters from the popular Shining JRPG series. That includes a couple from Shining Resonance Refrain, the first title in the series to have been localised into English in quite some time. 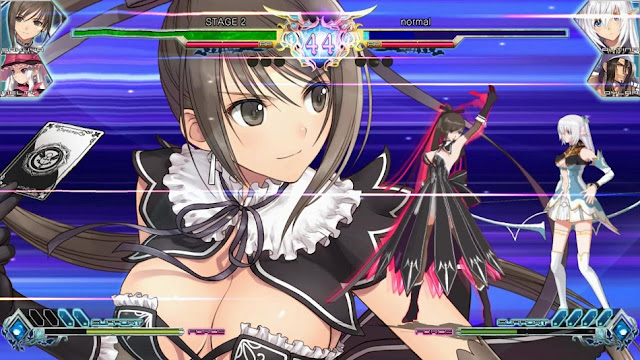 In total there will be 20 or so characters. Given the quality of the character art in this series (drawn by legendary anime pin-up artist, Tony Taka), a fighting game seems like a logical step for the property, because of the focus that fighting games generally have on their characters.

In addition, you’ll earn points in battle that you can use to upgrade characters and improve their skills, introducing some light JRPG-action to the formula. We have no idea if this one will launch in the west (given it includes characters from titles that haven’t been localised, we wouldn’t bet on it), but it launches in Japan on March 14, 2019.

Super Smash Bros. Ultimate is a few days away, so here’s a chunky trailer for you

Super Smash Bros. Ultimate is a matter of weeks away now, and it would be an understatement to say that fans are looking forward to this one. It’s easily going to be the biggest release in December, and Nintendo has released a new trailer to give newer players all the information they need to know about how to play this particular blend of fighting game.


Of course, those of us who have spent far, far too long playing Smash Bros. in the past won’t find too many surprises in this title. It’s more like the final realisation of everything that Smash Bros. has been building to over the years, and that’s fine. Let’s face it, that’s all we really wanted anyway.

Too many characters to count, too many stages to fight over, and more items than you could ever want… Super Smash Bros. is going to be something spectacular. Watch the trailer, and get excited.

Developed by Chinese outfit, NEXT Studio, Bladed Fury is a good looking side-scrolling beat-em-up. Set in ancient China, but coming with science-fiction elements and other wackiness, it also promises levelling up and other RPG elements. As you can see from the trailer, it’s looking really good, with very fast combat, and big beasties to kill:


From the game’s summary: Based on both true stories and legends of the Warring States period in ancient China, Bladed Fury integrates enchanting music with spectacular, unique Chinese ancient art and a whimsical style to create a magnificent scrolling backdrop of this formative era in Asian history. In addition to historical elements, Bladed Fury incorporates sci-fi details, such as weapons like a mechanical arm and a machine gun that they players may acquire as the game progresses.

There’s a version also coming to PlayStation 4 at some point, apparently, but there’s been no release date or details announced for that. For now, it’s PC-only, and releases on December 18.

Screencheat is coming to Nintendo Switch

Screencheat is one of the most delightful local multiplayer games. Tapping directly into the nostalgia of old split-screen multiplayer shooters, where everyone would “cheat” and figure out the location of their opponent by looking at their corner of the split screen, Screencheat forces you to do that because you can’t actually see where your opponents are on your part of the play field – everyone’s invisible.


The Aussie-developed game had a good run on PC, and then console (PS4 and Xbox One). Now it’s coming to the Switch, where we expect it will get a really good workout, because that Switch is the perfect local multiplayer device.

From the press release: Samurai Punk’s Screencheat: Unplugged features a myriad of improvements over the original release, as well as alterations tailored just for the Nintendo Switch, including: a graphical overhaul with more vibrant and clear visuals designed with the portable screen in mind, new and remixed maps, remastered weapons, an updated UI, full support for single Joy-Con™, dual Joy-Con™, and Nintendo Switch Pro Controller inputs, and an entirely new soundtrack introducing a fresh and mischievous medley of energetic tracks to enjoy.

You won’t have to wait long for this one at all. It launches on November 29.