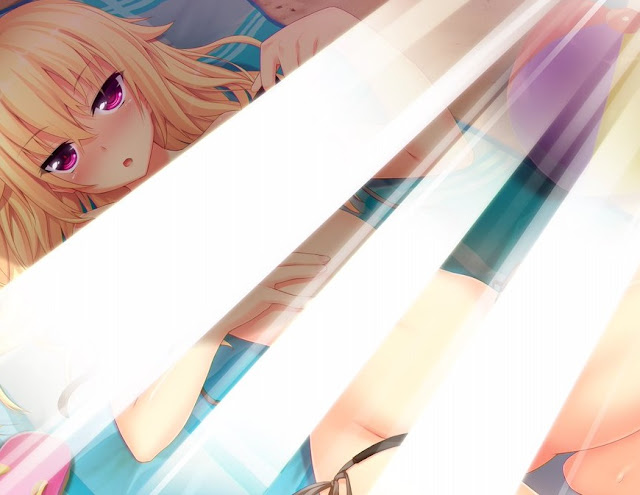 Sony is, of course, a Japanese company. However, the company’s behaviour over the last couple of years towards Japanese games, and indeed, Japanese storytelling and culture, has been something that has started to concern me, because it seems like Sony, in its continued push to remain at the top of global entertainment markets, is forcing a very monocultural and western perspective through its console. I don’t like the way Microsoft has been doing that over the last generation or so, and I’m no more inclined to like what’s going on with Sony.

Let’s start with the controversies around fan service. You don’t have to like it, and certainly it’s fine to criticise it, but fan service is undeniably a significant part of the Japanese anime, manga and gaming industries. Often it’s done for less-than-worthwhile reasons (and, again, it’s fine to criticise it for that), but at other times context matters and thematically the material absolutely requires it. It would seem that irrespective of the purpose of the fan service, Sony is pushing hard to dull it in games published to PlayStation 4. Not just with regards to nudity and pornography (which Sony, like all console manufacturers, has strict rules against), but also the display of underwear and other light moments of sexuality. For example, the screenshot at the top of this article is from a game which Sony is forcing edits on in order to allow it to release on PlayStation 4. Underneath those rays of light (the edited content), and in other versions of the game, on Nintendo Switch and PC, she’s wearing a standard swimsuit bikini.

The first shots fired across the bow were with the PQube-published Omega Labyrinth, which, after getting itself banned in countries like the UK for sexualised material, then found itself denied a place on Sony’s platform at all, forcing PQube to abort the project completely.

Then came a spate of news over the last few weeks with XSEED being forced to remove a gameplay mode from its upcoming Senran Kagura title, despite the mode being present in previous games, and new reports out of Japan that a visual novel (Nora to Oujo to Noraneko Heart), currently slated for a Japan-only release, is being forced to use strategic beams of light and other nonsense in order to preserve the modesty of characters. All together, over the last couple of months, there have been six games subjected to these mandatory edits, or outright refusal by Sony, making them not isolated incidences, but a clear trend.

This is compounded by reports that developers, if they want to appeal the Sony mandates, need to make their application to do so in English. Not Japanese. The developer needs to deal with the non-Japan part of Sony. From off-record conversations that I’ve been having with those involved with Japanese games and Sony, these aren’t new rules from the publisher so much as a crackdown on existing conditions for publishing a game on a Sony platform, but the fact that interactions with Sony need to be conducted in English make it quite clear that the supposedly Japanese giant is having its policy dictated to it by its western branch.

But pushing aside the fan service side of things for a moment, let’s also consider the output of Sony itself in recent years:

Sony has published a few dozen games over the last couple of years. Of these, Gravity Rush 2, Nioh, and Shadow of the Colossus HD are the only three titles of any significant profile that are thematically Japanese (yes there have been some others produced by Sony’s in-house SIE Japan, but those – including Astro Bot, Knack II and Everybody’s Golf are all explicitly designed to be culturally-neutral). Gravity Rush 2 was dropped in the market during the “dead period” for video game sales, making it something Sony pushed out with no expectations for. Nioh wasn’t developed by Sony, and Shadow of the Colossus HD is a remaster of an older game. These are all fine games, and Sony has also pushed out more minor and niche titles that are distinctly Japanese, such as the HD remaster of Patapon, but nothing over the last couple of years would make you think that Japanese storytelling is a priority for Sony.

Worse, the company has almost nothing on the horizon. Déraciné, in production with FromSoftware, is a notable exception, and Sony has a publishing agreement with Hideo Kojima for Death Standing. Those are fine, but the real blow is Ghost of Tsushima, which is obviously set in Japan and claims to be authentic to Japanese history, but is being produced by a western studio (Sucker Punch), and while that studio claims to be “collaborating closely” with Sony Japan, the developer gets remarkably close-lipped on any questions about the specifics of what that collaboration entails. Furthermore, a proper look at what we know of the game so far should raise concerns about whether it’s closer to an appropriated and orientalist fantasy of Japan’s history – like The Last Samurai film – than anything that genuinely reflects the country.

Meanwhile Sony has been heavily championing western culture through its games for many years now. It’s partnered with Marvel for Spider-Man despite having done nothing with Japanese anime or manga in recent memory. Its biggest franchise is now Uncharted – a game series quite literally about caricature-like representations of western cultures going in and plundering the treasures of non-western cultures. The Last of Us is a near-western in tone and depiction of the American psyche, and where Japanese horror, like Forbidden Siren, has been allowed to languish in Sony’s back catalogue, Sony’s best attempt at horror recently – and one of the PlayStation 4’s early hits – was a grand homage to the American B-grade slasher (Until Dawn).

Of course, Sony is a global company, so Sony does need to sell to the entire world. When the games are of a standard like The Last Of Us, Until Dawn, and Uncharted, you can’t exactly say that Sony is doing a bad job in managing its properties. It’s just that Sony’s attention seems to be so heavily weighted towards western-focused content that it’s also hard to argue that Japan is anything but an afterthought to Sony’s current approach.

And, to tie the fan service back in, if my conversations with industry people are accurate (and I’ve got no reason to believe they wouldn’t be), Sony has always had these rules about potentially controversial sexual content in games. It can hardly be surprising that in the current socio-political environment in the west that Sony, the global company, would be more sensitive towards a potential backlash if the PlayStation store filled up with that kind of stuff.

But combined together, the last couple of years also paint a picture of what seems like wholesale capitulation to western mainstream audiences. Without a doubt some of these “censored” games from Japan cover subjects that some people would find problematic and offensive, and have material that would cause people to flip out. But by the same token, Sony has done absolutely nothing to address potentially problematic material from games developed in the west. You can, right now, jump on the PlayStation Network and download a game developed by the American military as propaganda to encourage recruits. Other games, such as Call of Duty and Battlefield, depict such a heavily revisionist view of real-world conflicts that they also act as military propaganda, though at least in those cases they were done without the explicit involvement of the military.

And, of course, while it makes a whole community of people so very mad to say this, gaming addiction is an issue that needs to be looked at every bit as seriously as any other “problematic” content, and Fortnite’s entire structure is designed around hooking the addictive personalities in. For that matter, Sony itself took no action on loot boxes, and while I’m not here to make the case for or against anything in the past two paragraphs, the point I’m making here is that Sony’s sensitivity towards problematic content is highly selective.

In fact, Sony’s sensitivity towards depictions of nudity, sex, and sexualisation alone is highly selective. While Japanese games are running into trouble for sexualised themes, it’s worth noting that there is absolutely no indication that western game developers are running into the same issues. Whether it’s strip clubs in Grand Theft Auto, The Witcher 3’s AAA-quality nudity, or the brothels depicted Sony’s own The Order (complete with male genitalia in full view), Sony clearly has no problem with the creation or depiction of sexuality that appeals to the western mainstream audience.

All of this may well be the result of Sony Interactive Entertainment (SIE) having a new CEO. John Kodera was appointed to the role in October of 2017. Sony Corporation itself – the entire global business – also got a new CEO itself in Kenichiro Yoshida in early 2018. Those are two major transitions at the very top of the company, and the impact of these new leaders’ ideas would indeed start to be seen by the consumers at about this point.

It seems so strange that Sony, which is still being run by Japanese executives, would be so readily capitulating to the demands of the western market and audience, but then western culture has a history of imposing itself on the Japanese. With the relatively small market in Japan, Sony may well feel that it has no choice but to target western culture. Sadly, this seems to be going a bit far at the moment, because now Japanese games designed in Japan for the Japanese audience also suffering the increased scrutiny, and Sony itself isn’t looking to promote Japanese storytelling or creativity in any meaningful capacity.

Thankfully, movements elsewhere in the market have given Japanese developers new opportunities. Valve recently opened its platform to adult games from Japan, and while Nintendo doesn’t allow out-and-out adult content any more than Sony does, it’s also proving to be far more open to fan service-heavy and adult-themed games from Japan. I never thought I’d be saying that Nintendo’s the one standing up for a Japanese developer’s right to make that kind of game if it wanted to, but the world in general has gone some very surreal places in 2018.