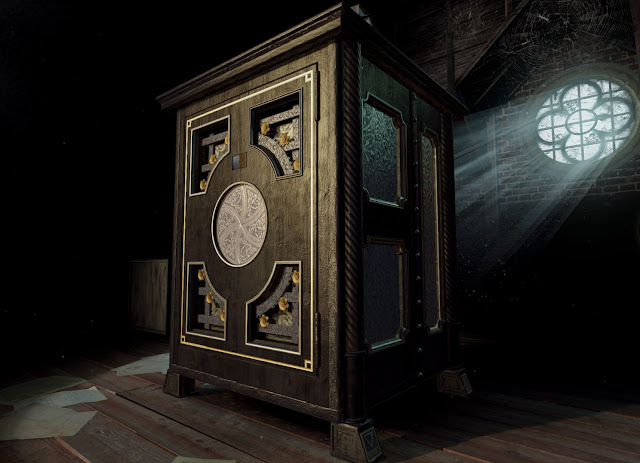 The Room is a 3D puzzle game developed by British indie studio Fireproof Games as its first breakout title for iOS in 2013. Starting out as a studio focusing primarily on 3D art, The Room became an overwhelming success due to its combination of inventive puzzles and sharp environmental design, spawning three sequels. The release on Switch is only of the first game, but even after five years, it’s a fantastic experience that is sure to captivate the imagination of all players.

The game is framed as a puzzle box, filled with various keys, locks, contraptions and hidden messages stashed behind cryptic clues. Players can choose to move the box around with either touch or motion controls depending on whether the Switch is played in handheld or docked mode, and both control schemes serve the game well. The game does not require any dexterity or timing, but instead tests players’ observation, logical deduction and curiosity – for this reason, being able to rotate, zoom and touch the environment is crucial to the experience.

The Room’s greatest strength is its refreshingly tactile design, creating puzzle boxes that could very almost realistically exist in real life, and encouraging players to poke, prod, rotate and play with their world in order to find the answers to each puzzle. Each box is filled with a huge amount of clockwork trinkets, secret compartments and other surprising event triggers that keep the player on their toes. One of the game’s biggest tricks is making you assume there’s no more to find in one space, only to bring you back to it later. 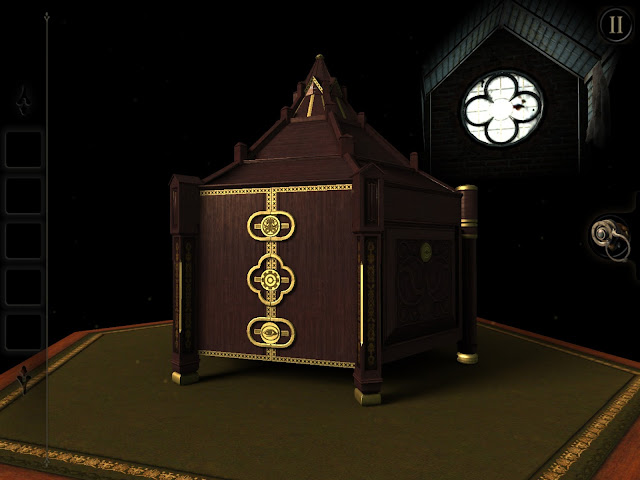 The Room eschews any overt mystery or science-fiction plots that games like Myst or The Witness adopt in order to entrance audiences; instead, for The Room, the act of puzzle solving itself is the drawing point. While there is a little plot framing about finding a hypothetical “null” element, the theme informs the puzzle design but doesn’t force the player to understand any complex lore to progress. The use of a hieroglyphic language for the puzzles is a nice touch, hinting towards a deeper backstory of pseudoscience and ancient knowledges without overloading the player with information.

The tactile mechanics are backed up with a clear and focused series of puzzles that feel clearly planned out to be both intuitive and satisfying to complete. In my run of the game I encountered no momentum-halting jumps of twisted logic, nor long winded and confusing puzzles designed to stall time. The Room’s puzzles do a good job of being standalone and linear, so that they don’t clutter your inventory or your headspace, but also encourage you to scour every nook and cranny of the box and enjoy the carefully sculpted aesthetics on offer.

The developers show a remarkable talent at “hiding” information which is meant to be found. There are some brilliant, subtle tactics used – such as only letting the player zoom into selective areas of the box, so that you know there’s something interesting there when the game lets you zoom in, or making each box a physically congruent space so that you’re naturally suspicious of empty spaces. These design strategies prevent the more observation-based puzzles from feeling like pixel-hunts. 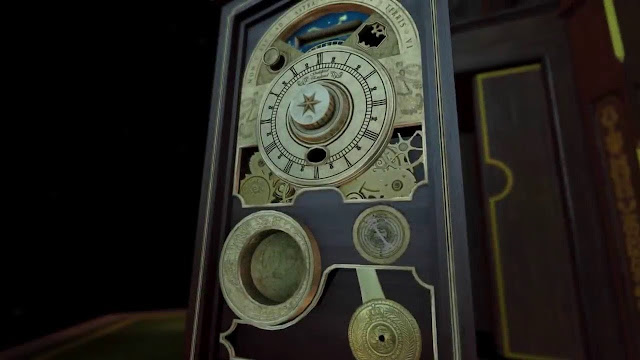 Ultimately, as far as puzzle games go, this design philosophy makes The Room sit on the easy side of things. But in a genre where challenging and arduous go hand in hand, Fireproof Games’ intuitive puzzles present a relaxing alternative. The joy here comes from the satisfaction of executing the solution itself.

In keeping its gameplay enclosed into a series of small boxes, Fireproof Games is able to display much higher production values compared to most indie puzzlers: The Room looks breathtaking on Switch (or at least as impressive as a wooden box can), the animations are clear and smooth, and everything is believable with a hint of mystique. The careful carvings into each box and the fluidity of the moving parts sings to the love and care that went into the game’s design, and significantly heighten the experience as a result.

The game clocks at a brisk length at around five hours, depending on how much time you spend solving each puzzle. As with most puzzle games there’s not much purpose in playing a second time, and The Room doesn’t share the kind of emotional, thematic resonance that a game like Gorogoa or Detention on the Switch have demonstrated. I would have liked to see all of the series bundled together in one package on the Switch for easy access, but for now it’s not clear when the sequels will be ported over, if at all. That being said however, The Room is an expertly crafted puzzle box game that does a whole lot of things right and I doubt anyone would have regrets picking this one up.

Dynasty Warriors 8: Xtreme Legends on Switch is releasing in the west after all