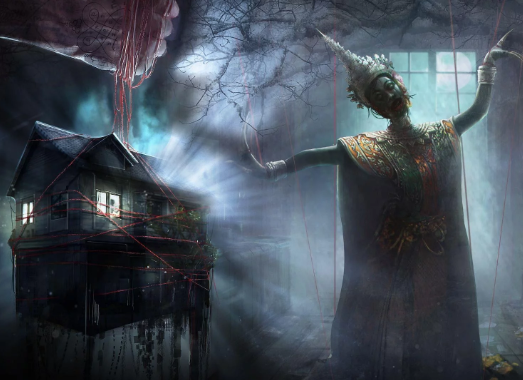 Home Sweet Home is the ideal seasonal game for Halloween. It’s a short, intense, thrilling little ride that you can then file away once the night of spooky frivolities is over. With a runtime of around four hours, it’ll get you through those key 7pm through to midnight hours, and it’s absorbing enough that you’ll tune out the rapping on your door (no, not a raven. Trick or treaters). But outside of being the ideal way to get into the spirit of Halloween, this game doesn’t do enough of anything.

My real interest in Home Sweet Home was in the promise that it’s based on Thai ghost stories and horror. As a student of horror (quite literally so, I did three semesters on horror as part of an undergraduate arts degree), one of the things that I find most appealing about the genre is that it’s so intensely culturally relevant. No two cultures share a exactly parallel sense of horror, and so you can actually learn a lot from a culture by understanding how it frames its sense of fear.

Sadly, I came out the other end of Home Sweet Home with only vague impressions, rather than an in-depth understanding of Thai ghost stories. Perhaps this is some inexperience on the developer’s part, because I do think the attempt to tell Thai stories was genuine. But, as a culture that I don’t know as much about as I should – and as a culture that we don’t often see depicted in games – I get the sense that the developers assumed a familiarity (that they obviously had) in the storytelling that most players just won’t have. Throughout the adventure you’ll pick up notes which describe creepy things that are distinct to Thailand, but the overarching plot (your wife has gone missing and you wake up in a weird house you don’t recognise), and the aesthetic design of the game itself are rather culturally flat, and the rest is woven in a little too subtly to really feel distinct from a “generic Asian horror” story and game. As a result, there are moments that are incredibly intriguing scattered throughout the plot, but I came out the other end of this aching for more. 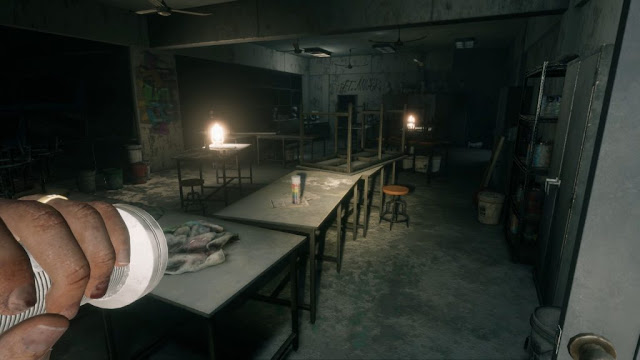 Then again, now I’m going to go looking for Thai ghost stories and horror legends. So in a sense, Home Sweet Home does work as an entry point and introduction to this side of Thai culture. It’s explicitly clear that that’s what the developers want players to take away from their game, so from that perspective, it has been a success.

The game was clearly developed on a string budget that was more limited than the developer’s ambitions. I’ve always loved horror in which you play as a character that can’t fight back, so if you bump into the monster, your only recourse is to run and find a hiding spot. Sadly, one of the critical components of horror, and where a lot of tension is usually derived, is in limited resources. Most horror games limit your ammunition for weapons, for example. Stalker horror games generally give you a limited battery life for a torch, or similarly non-violence solution to introduce scarcity. Home Sweet Home has none of that.

Furthermore, while I love a good stalker horror experience (it has been my preferred sub-genre since back with the likes of Clock Tower and Haunting Ground), Home Sweet Home emulates some of its peers while cutting critical corners. With Home Sweet Home, unfortunately there’s only one option for escape at any given time. If you don’t get to a specific locker, bathtub, or other hiding spot when the monster shows up, then it’s game over, and as a result the “run and hide” mechanic is more a kind of action-puzzle experience than the mad dash for survival that it’s thematically meant to be. It comes across as artificial and, sadly, superficial. The same can be said for the dismal moments where the other major enemy shows up. The ghost-girl chasing you is one thing, but when you start running into the giant zombie thing, and need to duck and weave around the space to stay out of his sight range… those are the very worst moments in the game for their overt, ridiculous artificiality. 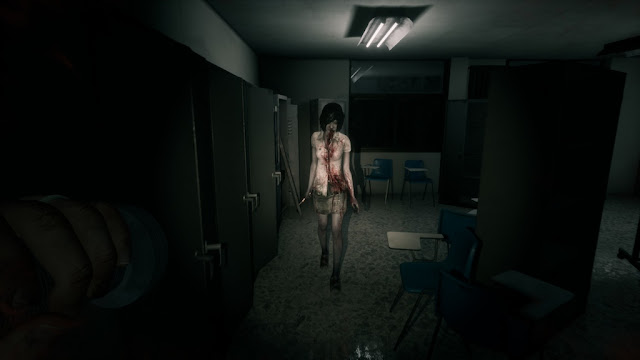 Indeed, the entire game is hyper-linear. When you’re working on razor-thin budgets, you simply can’t indulge diversions or alternative solutions to problems, and while Home Sweet Home still works as a kind of haunted house ride, the more cerebral elements of a good horror game; the sense of exploration and the intensity of being presented with choices, knowing that a bad choice could be real trouble, is largely absent. Home Sweet Home isn’t easy, per se – there’s a lot of trial-and-error game overs involved in a run through, but it is straightforward, and having to replay sections over and over again starts to wear down on the atmosphere, and remind you of the artificiality of what’s in front of you.

It’s also worth noting that any game that features insta-kills can’t afford to be loose with the control system, and sadly, Home Sweet Home struggles here too. Miss the small window the game gives you to press the button that will open that locker door and allow you to sneak in and hide by just a tiny amount and the ghost will catch – and kill – you before you get another pass at it. And because you’re generally in a tense rush to get to that locker as you’re being chased, it’s far too easy to miss it. Home Sweet Home is a surprisingly bug-free game given its budgetary constraints (or, at least, I didn’t hit any bugs), but a general clunkiness to the environment design makes it a little too hard to operate under pressure for the game’s own good.

For all that, though, the game offers genuine chills, and some incredibly effective horror moments. This is especially true if you throw on the PlayStation VR headset, and while doing so will expose you to some of the issues that indies find with VR (namely people susceptible to motion sickness won’t be having a good time), as long as you can stomach it, the VR really does add a physical immediacy to the “haunted house” experience. 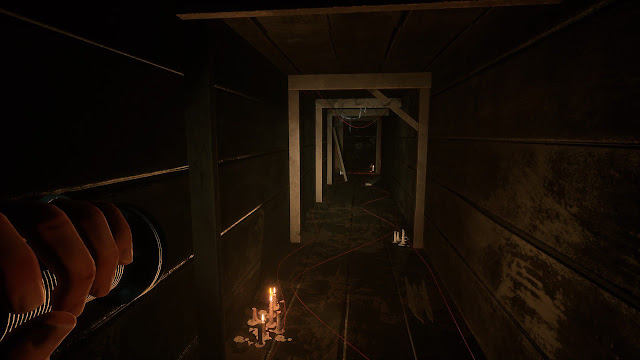 Home Sweet Home isn’t a classic that transcends its genre roots, but the developers behind the game show that they understand how fear works, how to build tension, how pacing should work in a good horror game, and how to create some shocking imagery. I wanted more of the promised delve into Thai ghost stories, but overall, as a genre fan I found this an engrossing enough diversion.

The first proper Nintendo Switch BlazBlue has a release date