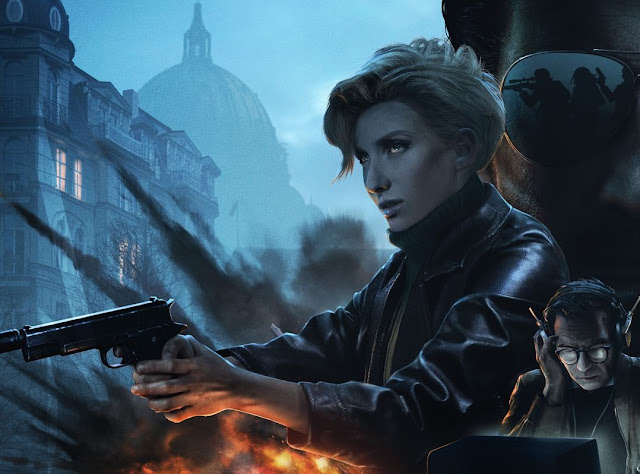 It’s simplifying things a touch to say that Phantom Doctrine is the blend of XCOM and James Bond, but it’s a close enough description to what’s on offer. In this game you take over a network of spies, set during the Cold War, and send them out on missions, while also trying to protect their identity and, ultimately, your base of operations.

Related reading: Our review of XCOM: Enemy Unknown, which really kicked off the approach to game design that led to Phantom Doctrine

It’s a complex, nearly overwhelming set up at first. Firstly, you need to manage resources to send agents to hotspots across a global map, both to foil the efforts of enemy agents, and collect secret information and the like. If you don’t deal with those hotspots efficiently, the enemy will start to gather information on your base, which can lead to it being compromised, and eventually attacked.


Secondly, you’ll need to scour the secret and classified information that you come across for keywords, and then, via a pinboard, draw links between keywords in order to determine the location and identity of critical targets. The best detective games have struggled to do this clue deciphering mechanic as well as Phantom Doctrine.

Thirdly, you’ll need to take personal control of squads of agents in some missions, which take place over turn-based grids, just like in XCOM. The main difference is that in Phantom Doctrine, you’ll also need to be as stealthy as possible. As soon as an alarm is raised, you’re going to start facing overwhelming odds as waves of enemies are summoned to deal with your team, so, really, you don’t actually want to get into gun battles until right at the end of a mission. If at all.

To help you out, agents have access to all kinds of special abilities that are very Cold War in theme. You’re able to whisper keywords to turn sleeper agents into your agents, for example. Knocking opponents out from behind is a key strategy, and the silenced weapons are your best friend. All combined, the tactical action in Phantom Doctrine has a very different atmosphere, despite looking superficially similar to its inspiration; it’s slower, more careful and considered, and as someone that rather likes the mind games involved in stealth, it’s for the better. 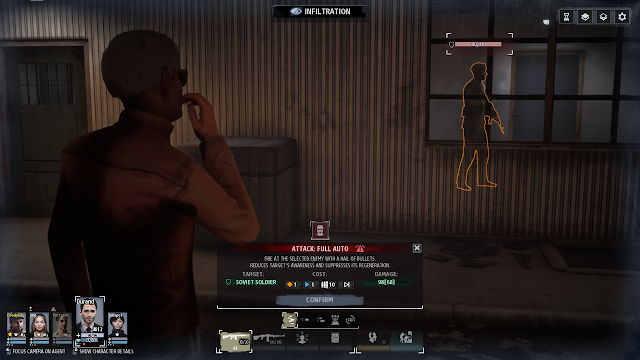 As you probably have the sense from the above, Phantom Doctrine is a reasonably complex strategy game. The introduction does a good job of easing you into the tactical combat action only; for the rest of it, you’ll feel like you’ve been thrown to the wolves, and it’s not the most accessible game as a result. Stakes are high, too, with tiny mistakes being potentially catastrophic. I actually had to restart the game once because, in my very first mission and on the very last turn, an enemy tossed a grenade which dropped all three if my initial characters to 1 health point each. I needed to put them into the hospital immediately after that mission, but that meant I only had three (reserve) agents available for a fair while afterwards, and the management side of things was overwhelming from the outset. Were I more experienced I probably would have been able to push through that shaky start anyway, but it’s a rough start for new players. This is a lengthy game. The first couple of hours could have been more gentle.

That being said, once you’re into the action, there’s something so appropriately fitting between this game’s mechanics and its theme. The Cold War and espionage immediately call to mind a couple of key atmospheric notes; the idea that agents are resources (known as much for their agent number than their capabilities, for example), and expendable at that. People hear “espionage thriller” and immediately call to mind cyanide pills that agents have if they get caught, because their death is less concerning than the secrets they hold, for example.

That ruthlessness matches the tactics format nicely. There’s a cold efficiency about a tactics game, and a distance that it puts between you and the action through that isometric viewpoint. You’re encouraged to see your agents as resources, and treat them as such. They may well be highly valued resources, and certainly you’ll feel frustrated if a high level character finds themselves trapped and killed in the middle of a mission, but nonetheless this is a narrative in which the political climate and overarching drama is that much more important than any individuals that participate in it. 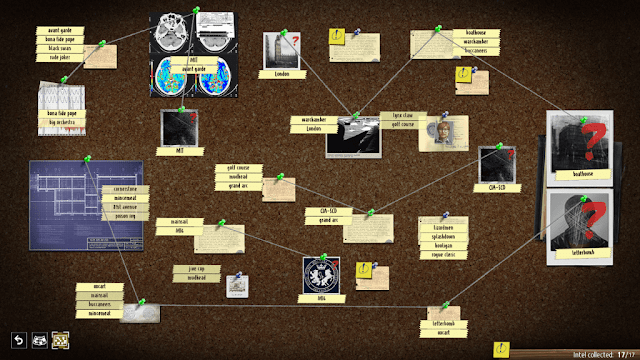 And, just as James Bond has always been known for his resourcefulness, so too does the tactical action of Phantom Doctrine reward players that take the time to understand – and then use – every tactical option available to them. Going in guns-blazing will rarely work, and instead you’re encouraged to develop a host of stealth abilities, explore every nook and cranny of environments for useful information and items, and come up with inventive ways to take down enemies quietly. Carefully monitoring patrol paths, giving characters abilities that have nothing to do with their combat abilities, and inching your way around new areas really slows down the action in Phantom Doctrine, but it works unbelievably well.

The only issue with the game is that same clinical atmosphere can become draining over the longer term. James Bond books and films broke up the intensity of the espionage with some good old-fashioned sexism or racism (read the books especially, I assure you, they’re eye opening in how far they go). It’s distasteful, yes (though thankfully dealt with better in modern films), but it is nonetheless a break to the action, which is structurally important to these kinds of books and films. Pulp espionage is not noir; it’s adventure and fantasy, and as it is, when it gets dark, it gets really dark, so those moments need to be measured out to have maximum impact in critical moments.

But there’s not much by way of relief in Phantom Doctrine. Missions can, at times, have extended breaks to allow you to focus on other things, and you can tackle the most intense story missions at your own pace. This is fine, but thematically, after a couple of dozen hours of play it’s hard not to wish for a bit of martini swilling, card playing and rooting around to give the player a breather. It didn’t need to go all-in with the misogyny and racism of the genre’s source, of course, but something to introduce a greater sense of levity would have been appreciated. Phantom Doctrine takes itself a touch too seriously in other words, and it dampens the sense of exotic adventure that good Cold War pulp fiction should offer. Leave the serious spy stuff to John le Carré, yes? 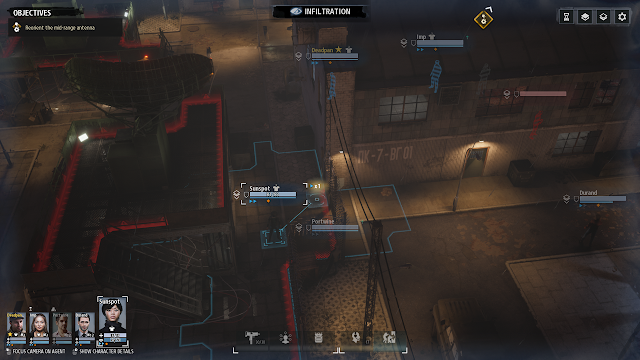 Phantom Doctrine did come out of nowhere to become a truly enjoyable and memorable experience. If you had have told me six months ago that it would be possible to take the pulp sci-fi, raw entertainment of XCOM and apply it to a Cold War espionage narrative, I wouldn’t have believed you. That’s exactly what has been delivered here, though, and I hope it has the chance to surprise plenty of other people.